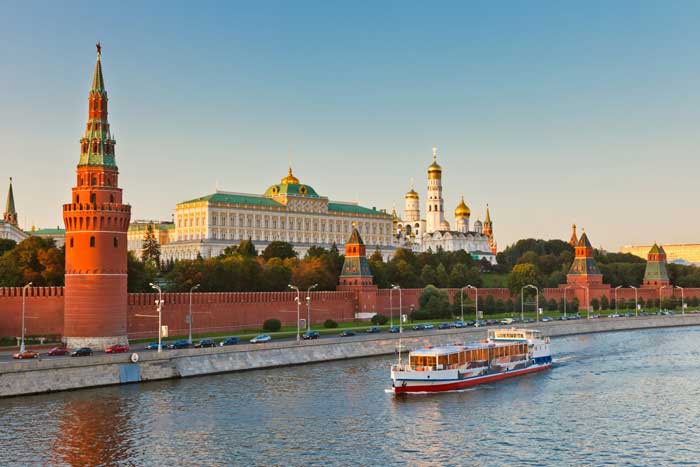 One of the must-see cities in Russia is Moscow and as a tourist you can get to know best attractions in Moscow and where Moscow tourist attractions are from this article. In this beautiful city, you will find many attractions to choose from ranging from structures to some fun activity. Moscow can be a very cold place in winter time. Therefore, it is advised to travel to Moscow to observe its various attractions during the summer time.

Check out tourist attractions in Russia info page if you want to gather more information on which part of Russia you want to visit next. 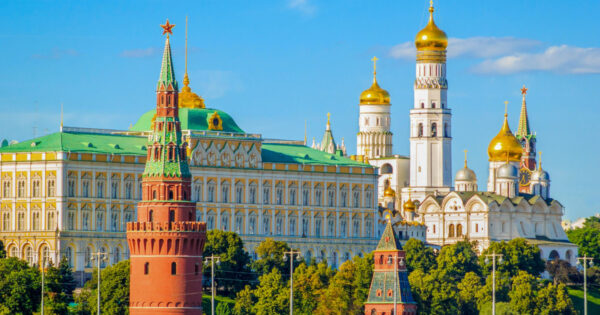 The Moscow Kremlin is the residence of the President and is an ancient building. The history of this part is so rich that even visitors can find out in a few days. For generations, the region has hosted Russian rulers and is a UNESCO World Heritage Site, but more than a two-third of Moscow Kremlin is closed to the public. Fortunately, the remaining one-third provides many attractions such as palaces, churches, museums, squares, bell towers and old artifacts. 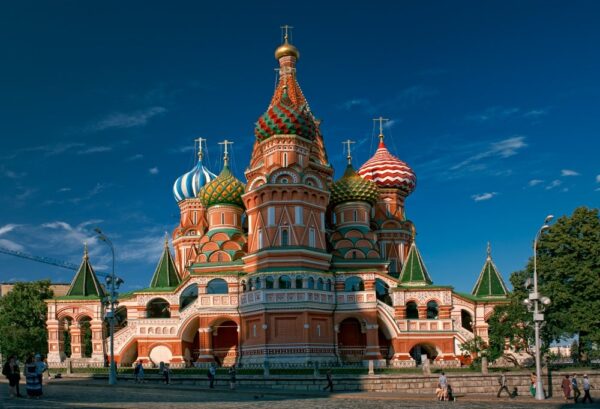 The Red Square, like the city of Moscow, is ancient and big, and is surrounded by different architectural styles from different eras. The Kremlin is one of most famous Moscow tourist attractions located in the western part of the red square, the History Museum in the north, the beautiful GUM store and department in the east, and St. Basil’s Cathedral in the south. All of these symbols represent Moscow as a cultural, political, historical, and commercial center. 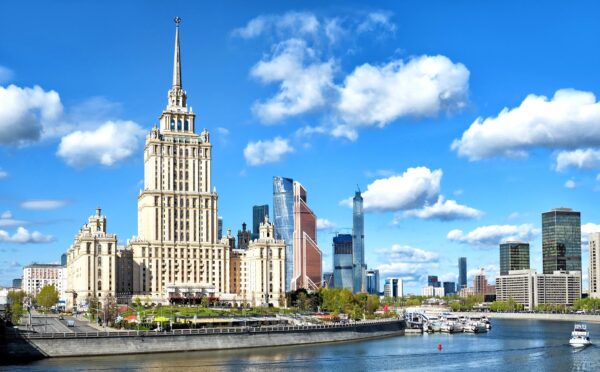 When you are driving in the streets of Moscow, you can’t ignore the different buildings in it. This seven sisters buildings are one of the most beautiful and attractive attractions in Moscow that has been built after the war. They are a group of seven towers that are close to each other and you can get a bot tour to visit them from the river. 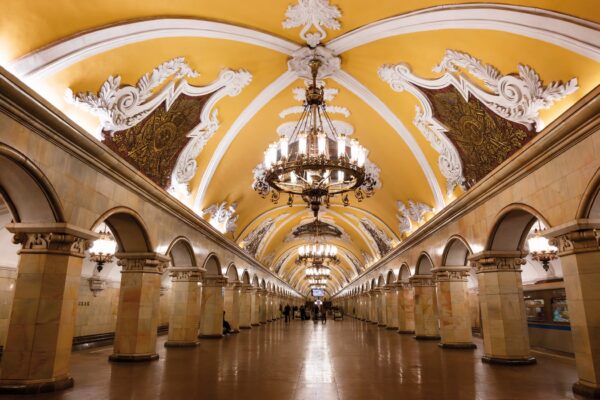 If your understanding of subway system is a crowded and dirty place, you will change your mind when visiting the Moscow metro. It will definitely be interesting for you to know why the subway as one attractive and spectacular building. Russia’s subway is not like other subways and can be an attractive tourist destination for people. Large arched ceilings, luxurious chandeliers, marble columns, beautiful sculptures, vivid murals and elaborate mosaics are all visible in Russian Metro. 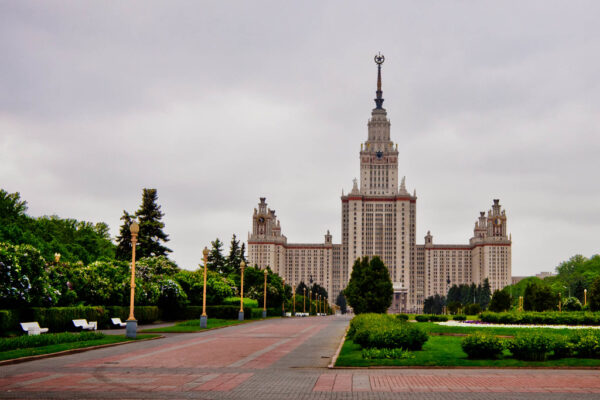 Moscow State University was founded in 1755 and you can find it in Sparrow Hills near the river Moscow. It is the oldest university in the country and one of cultural attractions in Moscow. The new building was completed between 1949 and 1953. The largest part of the university has  36 floors and it is 194 meters high. This building is a symbol of Russia’s knowledge and science. 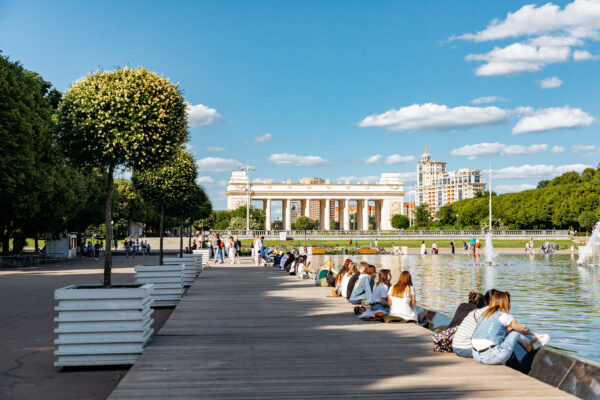 Gorky central park is one of those Moscow tourist attractions that is good to spend time there and relax for a while. It was opened in 1928 in the Soviet Union with playgrounds, sports stadiums, an exhibition hall and attractions for children. During the transition period after the collapse of the Soviet Union, the focus was on economic and trade activities. Today, the concept of this area has changed, and Gorky Park is a recreational area on modern Moscow.

Cathedral of Christ the Saviour near Kropotkinskaya Subway Station 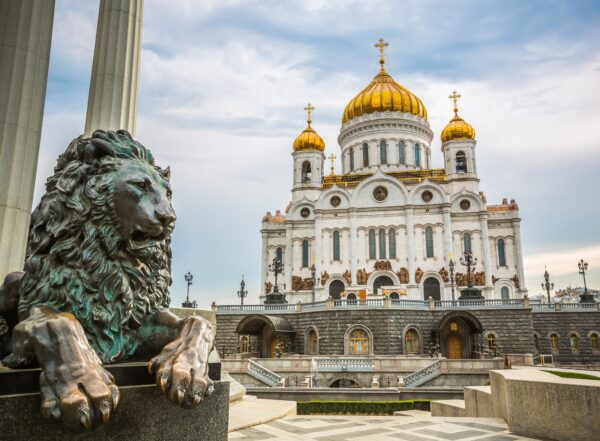 If you want see the religious, historical and cultural part of Russia, then you need to take a closer look at the holiest and most controversial building in the area, which has a beautiful view. Cathedral of Christ the Saviour is worth a visit because of the beautiful symbols used in it. It is located near Kropotkinskaya Subway Station. 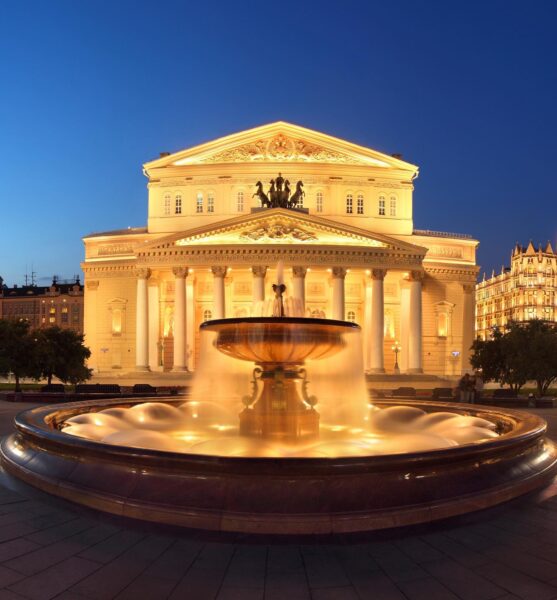 With its spectacular productions of some of the greatest composers in history, the Bolshoi Theater is one of the attractions in Moscow. Also, it is a must visit as well for cultural enthusiasts. The main stage of the building has been reopened after six years of reconstruction and is available to the public. Its white building is located in the heart of the city, north of the Kremlin.

Izmailovo is an art market and one of top attractions in Moscow for buying cheap goods. Also, it is where buyer purchase paintings, handicrafts, souvenirs and more are sold. Also, it is the largest flea market in Moscow, it begins to the left of the central entrance to the kremlin and stretches out in endless rows. Moreover, you can find second-hand works and old objects in this market. 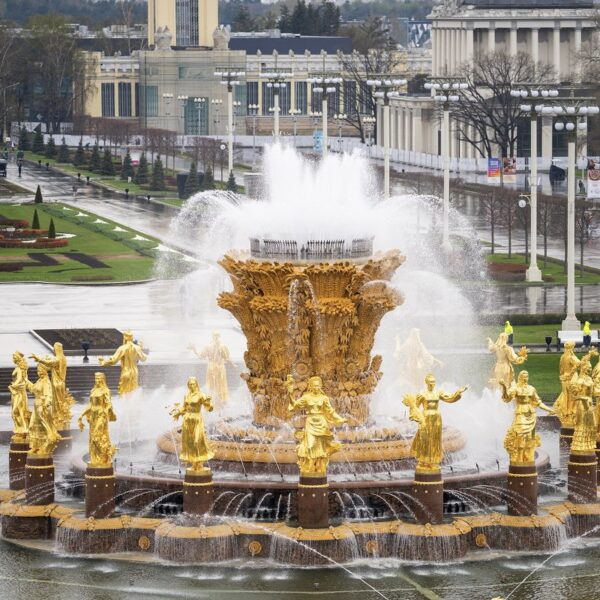 The All Russian Exhibition Center is one of beautiful attractions in Moscow. It has more than 150 exhibitions a year and hosts 15 million visitors from around the world. This section occupies about 2375,000 square meters of surrounding land and it is a place for an exhibition for many statues and artworks. The building was first established in 1939 and then rebuilt in 1954.