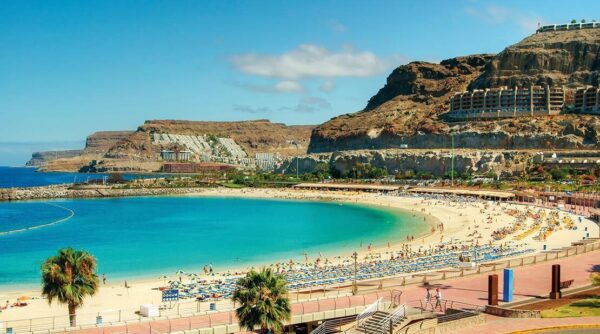 Tenerife beaches are among some of the most popular places for European tourists. This article explores the best beaches in Tenerife. One of the best attractions in Tenerife is its beaches, where you can enjoy the sun and the sea all year round. There are countless choices for a place to swim or sunbathe. Some beaches are volcanic in nature with black sand, some have golden sand, and some have natural ponds created by volcanic lava. In addition to recreational facilities, many of these beaches also provide facilities for the disabled induvial as well which is a massive help so that everyone can enjoy this great part of Spain. 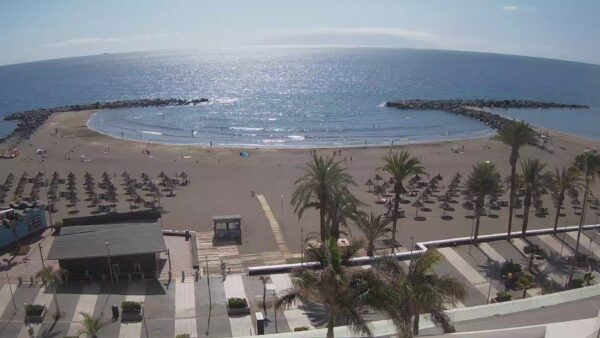 South coast beaches, such as Playa Americas Tenerife and Los Cristianos, are the main beaches in Tenerife where many tourists flock to for beach vacations. Playa Americas Beach in Tenerife is a black volcanic sand beach. Black sand also has almost all the features of a white sand, but in sunny times it can be much warmer and may not be pleasant to walk on it. Also, Playa Americas offers sunshades that can be booked daily, but if you want to stay for longer period, it is probably best to get beach mats as well. 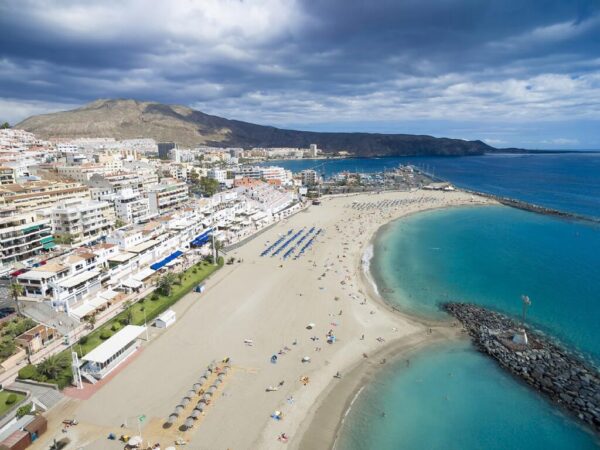 Playa de Los Cristianos is one of urban Tenerife beaches and is undoubtedly a place that everyone goes for some quick sun bath. It is not as beautiful as other beaches in natural environments, but the truth is that it is one of the most popular beaches in Tenerife. It is in a very touristic place and you can be a few steps away from the main city. In addition, there are a variety of services, shops and restaurants nearby that make this location a family favorite. It is located in the south of the island, in Arona and near Tenerife South Airport, so it is a comfortable beach for everyone. 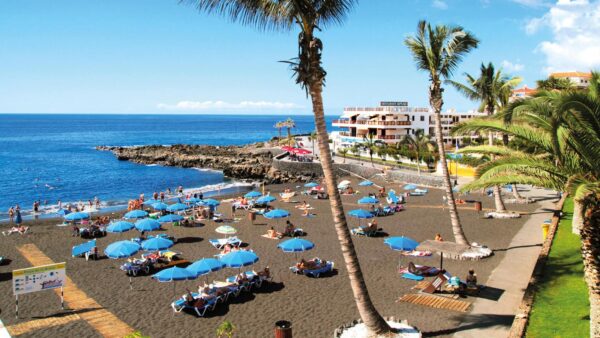 Playa Arena Tenerife is a hidden gem in the city with the same name, on the southwest side of the island. Also, Playa de la Arena with its volcanic black sand is one of the best beaches in Tenerife. This beach is very popular with its extensive facilities on the beach as well as shops, bars and cafes within a short distance of the nearby hotel and is often visited by tourists and locals. You can find this amazing coastline in Santiago del Teide area on the west coast. 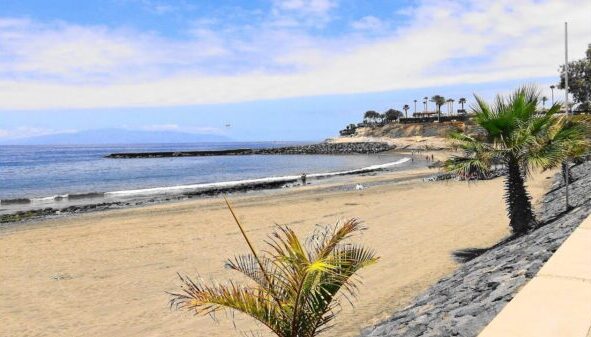 Another famous one of the artificial beaches in Tenerife is Fanabe. The sand is mostly golden in color, brought from the desert and characterized by its softness. This coastline is for outdoor enthusiasts, because you can play many beach sports here. This area is located between the beaches of El Duque and Torfiscas in the province of Santa Cruz. This is a great place for a family vacation as well. 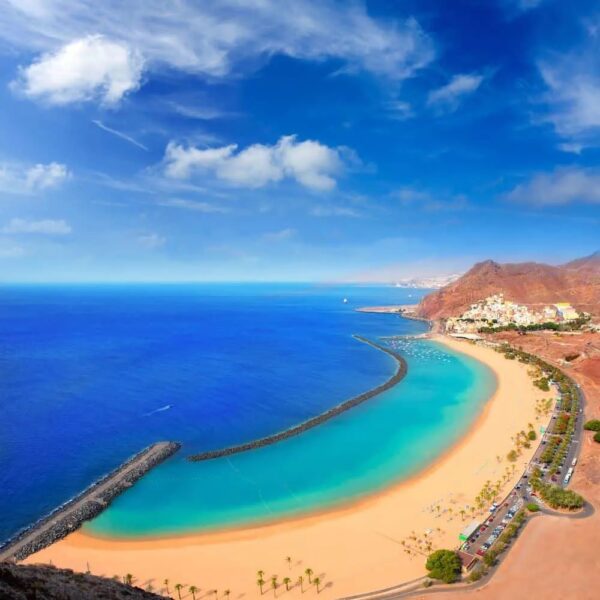 Playa de Las Teresitas is one of the best southern Tenerife beaches, also famous as Playa de Las Vitas. It is the largest beach on the South Coast. You can easily swim here, because there are no strong waves. There are always a lot of visitors, but because of the large size, you can roam freely here. Furthermore, the sand here was brought from the desert and palm trees were planted surrounding the beach area. This beach is close to the capital of Santa Cruz located north part of the village of San Andrés.