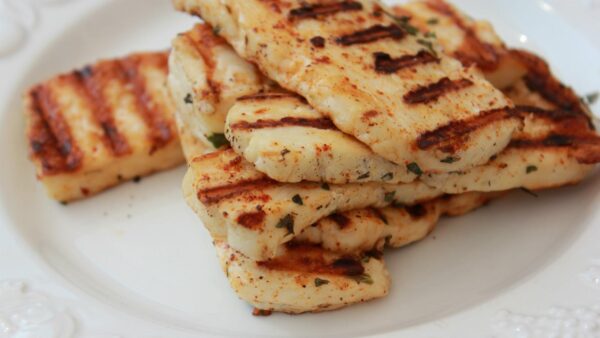 Most Delicious Dishes in Cyprus

Eating in Cyprus is a serious business, and you can find most delicious dishes in Cyprus.  You rarely see a crowd of Cypriots around a table without several plates of food and snacks. The island, with its rich history and location across three continents, has seen a variety of influences, all of which have added to its culinary richness.

Proximity to the Middle East has definitely had a great impact on Cypriot cuisine, as many of the dishes are similar to Middle Eastern cuisines and the flavors are shared between Cyprus and Turkey. But the closest cuisine to the island is the Greek cuisine. 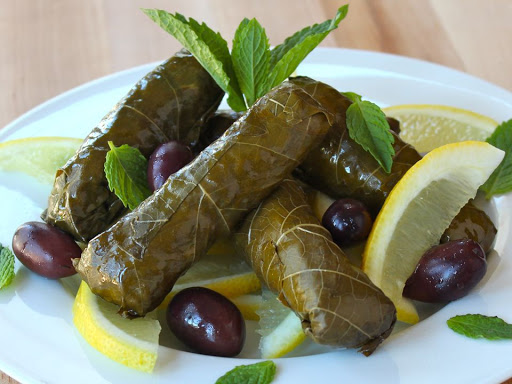 Cypriot dolma are made from minced meat, rice, onions, tomatoes and a combination of aromatic vegetables. This combination is carefully wrapped in the vine leaves and is one of the popular dishes of people all over Greece, Turkey and the Middle East. Koupepia is sometimes made in large quantities and frozen to enjoy later. Gemista is a combination of different vegetables that is often made with peppers, tomatoes, onions, squash or even pumpkin flowers. 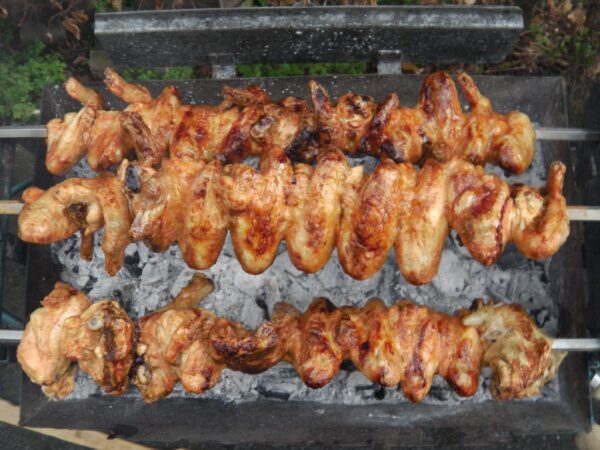 Souvla is similar in appearance to Souvlaki but has a different taste. This food is one of the most delicious dishes in Cyprus. It is prepared from large pieces of lean meat cooked on a skewer using charcoal barbecue. The meat used in this dish is often the neck or shoulder part of lamb or chicken. This dish is the king of meat dishes. Also, it is common to find this dish in family gatherings with drinks and snacks. Moreover, you can often have this meal with various salads and potatoes. 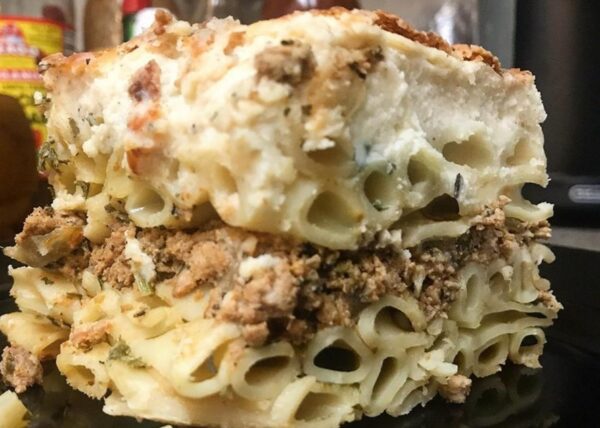 This dish is known as pastitsio in Greece, but in the Cypriot version they use Halloumi cheese mixed with dried mint. The main ingredients of Makaronia tou fournou are pasta, sauce as well as minced meat and tomatoes. Grated cheese is often poured on it to make it crispy. This dish is usually made in a large oven tray and when served as a main course, it is eaten with a salad. 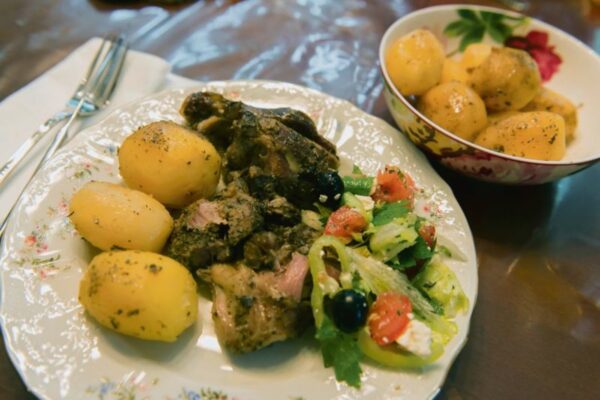 Kleftiko is also another one of most delicious dishes in Cyprus. This dish gets its name from a word that means “stolen meat”. In the past, people who stole meat would place it in a covered hole in the ground so that it would cook slowly and not produce smoke that would expose their position. Today, this dish is traditionally cooked slowly in round ovens and flavored with vegetables. Kleftico is often eaten with baked potatoes or wheat cooked in onion and tomato sauce. Furthermore, you can also combine it with yogurt to add more flavor after each bite. 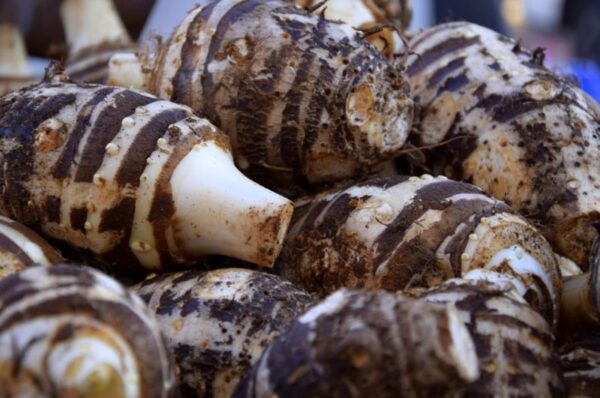 Kolokasi arrived in Cyprus from Southeast Asia and Malaysia. Those who want to try this food should be careful because this plant, small taro, can be poisonous in its raw form. However, kolokasi is popular all over the island and is especially popular in winter. To prepare this food, chop taro and cook it with tomato and onion sauce, fragrant vegetables and chicken. Some people like to replace chicken with red meat at times. 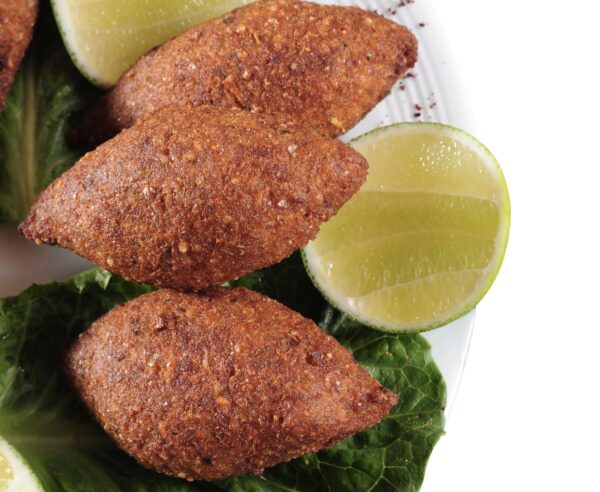 Koupes originates in the Levant region. The outer layer is made of bulgur wheat and on the inside, there is minced meat with Middle Eastern spices. This delicious dish is usually comes with a slice of sour lemon. You can buy Koupes from bakeries across the island. 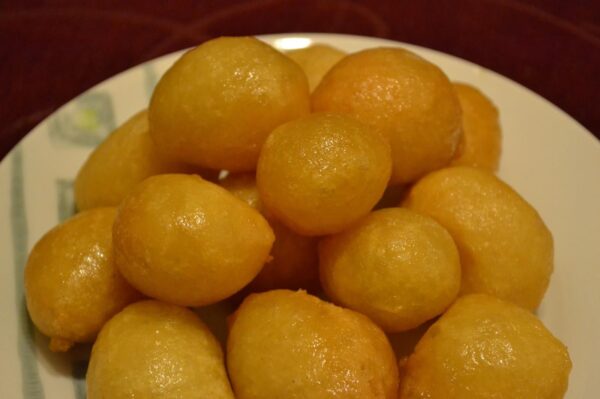 Loukoumades is a round pastry that is fried in hot oil and soaked in honey and then covered with chopped walnut, sesame and cinnamon. These sweets are often called honey donuts and the best way to enjoy them is to have them with some fresh tea or coffee. You can find Loukoumades in cafes all over the island. 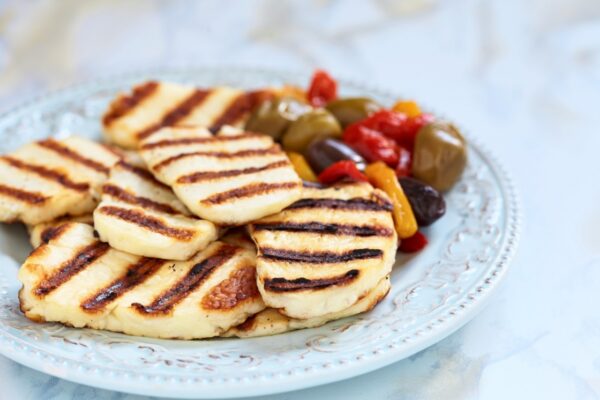 Halloumi is probably the most famous Cypriot product that has reached many European and Middle Eastern countries. This food is recognizable by its relatively salty taste and elastic texture and has become one of the favorite choices of chefs around the world. You can see it with a variety of foods such as lamb kebab or fried Halloumi. This cheese is obtained by combining goat and sheep milk. This method is a bit unusual due to the lack of acid-producing bacteria that are present in the production process of all dairy products. 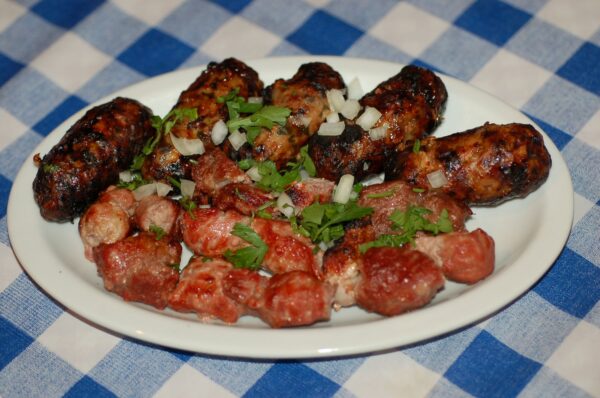 Souvlakia is the Cypriot version of the Greek food of the same name, made from small pieces of grilled charcoal on a skewer and a large amount of salad. This dish is very popular and you can eat it with pita bread. The pita bread used for souvlakia in Cyprus is thinner and larger than this bread in Greece, and is usually made into a pocket shape instead of a flat type. Chicken meat is usually used for this dish and it is eaten with sheftalia. Shaftalia is made from spicy slices of sausage with fragrant vegetables and grilled lamb. 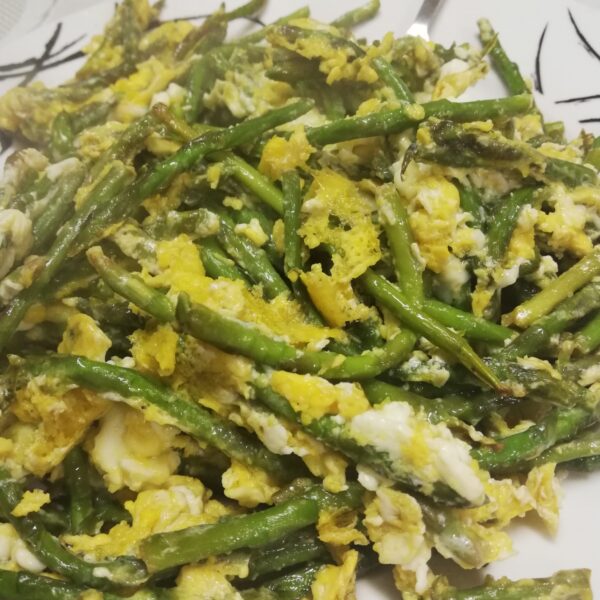 Kolokouthkia me ta afka is often served with a variety of foods and snacks. This dish is made with fried pumpkin, scrambled eggs and salt. Most traditional restaurants and eateries offer this food to their customers and because of its simplicity, it is always served with a main course. 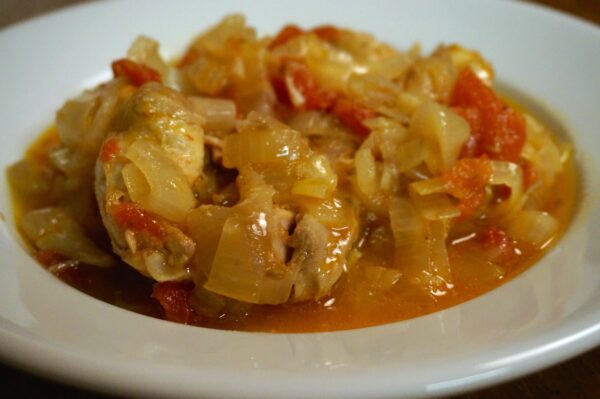 Ttavas means “clay pot” and refers to the traditional method of preparation of this food. Pieces of lamb, rice, vegetables and potatoes are all cooked together in this clay pot dish and then added to the cumin for a better aroma. 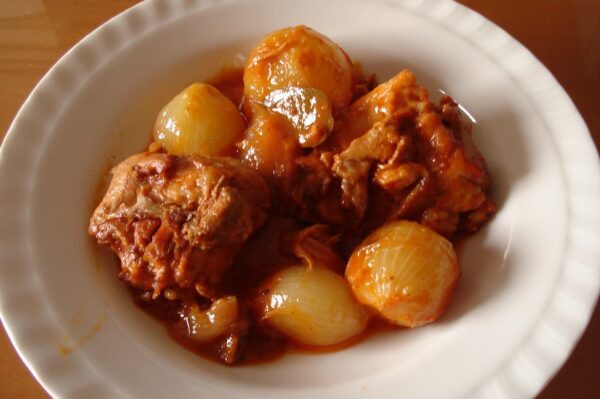 Stifado is another delicious Cypriot meat dish. To make this dish, beef is cooked with cinnamon sticks and cloves to give it a sweet taste. Also, Stifado takes several hours to make and is usually eaten with rice and oatmeal. 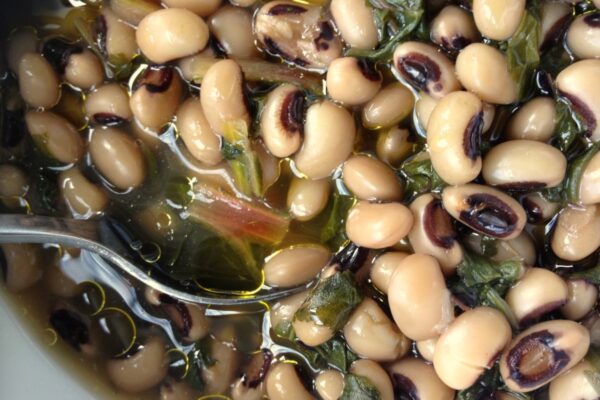 Louvi is a stew that can be found in every Cypriot kitchen. This healthy and simple dish is made from Black-eyed peas and comes with squash, oil, salt and lemon. These beans are low in fat and high in carbohydrates and protein. Also, due to its high resistance to heat, they can easily withstand the extreme heat of Cypriot summers. They often serve Louvi with tuna, cucumber and tomato. 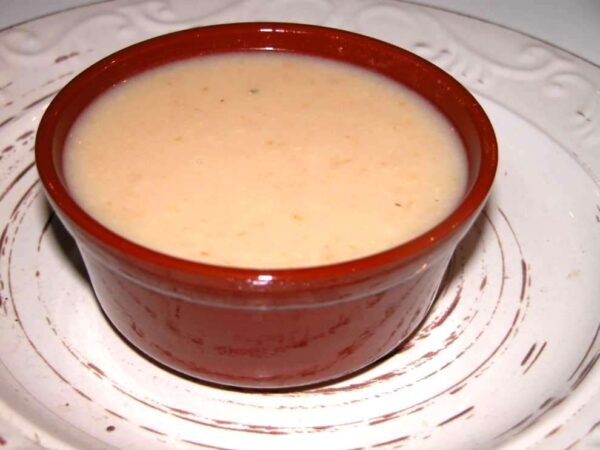 This heavy soup is another dish that vegetarians can try among the island’s many meat dishes. Trahanas is made from dried and chopped wheat and sour goat’s milk and is an ideal winter food. It is common to add a little halloumi to the soup after it is ready. This makes the cheese softer and easier to chew. Those who are very fond of this food can buy it dry and take it with them and drink it whenever they like. If you are looking for a different souvenir, Trahanas is a good choice as well. 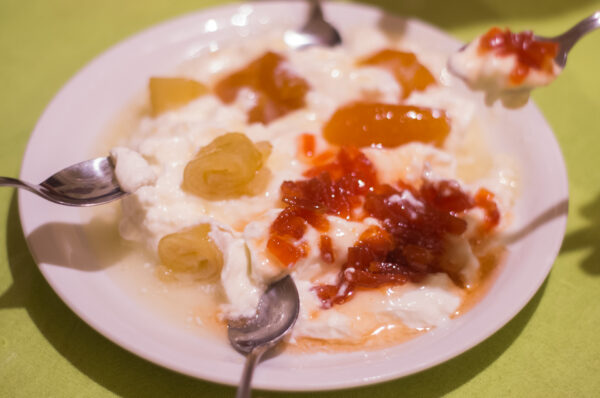 Glyko tou koutalou is the name of this delicious food is “spoon sweets” and they got this name because of their size, which is the size of a teaspoon. These sweets can be made with any kind of fruits, vegetables or nuts. First you have to boil it and then add sugar to get a thick syrup for storing it. Locals prefer walnuts, watermelons and cherries and often enjoy it with a Cypriot coffee or a glass of water.