The most beautiful islands in Panama

Panama is a country that connects South America with Central America, it’s an incredible and unique tourist destination with historical and geographical attractions. Most people know Panama for its famous canal that connects the Caribbean to the Pacific Ocean, but this is only a small part of the charm and eye-catching beauty of the area. In Pacific Ocean and Caribbean Sea there are numerous tropical islands in Panama that make this region a beautiful sight with spectacular beaches and amazing wildlife. When you want to travel to Panama, make sure you add these incredible islands to the list of places to visit. 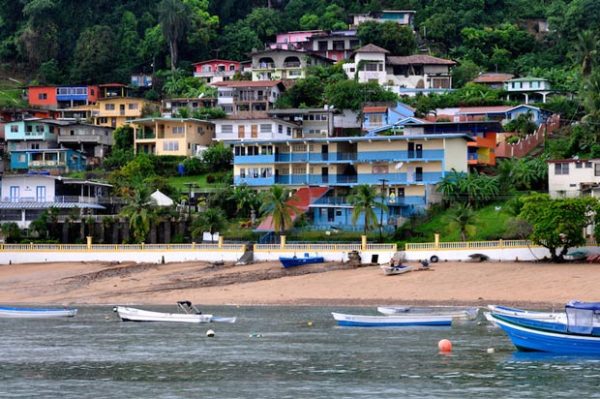 Isla Taboga island is accessible from Panama city by boat. This island is known as the Island of Flowers. This area was originally a refuge for Indians. In the sixteenth century, the region was ruled by the Spanish and later occupied by various countries such as England, France and the United States. There are three main reasons to visit this island. The beautiful beaches, historic sites and churches of the island are the main reasons for traveling to this area. Playa Restinga is the island’s most popular beach and it provides its visitors a sandy beach and blue water. You can also visit the second old church of the Western Hemisphere, which will be open to the public. Also, you will be able to reach the highest part of the island in this area.

On the Caribbean coast, there is an island called Isla Carenero which is one of the most beautiful islands in the area. This beautiful, small and thin island is located near the big island of Isla Colón. You can walk the entire island in less than an hour. This island is considered one of top tourism areas in Panama. Although there are many accommodation options on the island, you can rent a boat for a day and enjoy the beautiful surroundings.

In the south of Chiriqui bay there are a lot of islands that are known as Chiriquí islands. Most of these islands are uninhabited. However, people have recently come to the islands to live there. These Panama islands are surrounded by coral reefs. This provides a unique opportunity for water activities such as diving. The island of Boca Chica island is covered with rainforests and this makes the area perfect for hiking. If you want to see a group of monkeys, you should head to the islands of Boca Brava and Isla Palenque.

Another island in Bocas del Toro is called Isla Bastimentos island that is one quiet tourist destination with beautiful and memorable scenes. One of the things that makes people travel to this area is access to the beautiful beaches on the island. The Wizard beach is one of the remote areas that is good for isolation from crowded places. Red frog beach is the busiest beach on the island, and people can stop in for snacks and drinks.

Most people should know this island because it has been used as a filming location in numerous television movies. Perhaps the most developed islands in the area is an island called Contadora that hosts a beach called Playa Larga. It is a beautiful coastal beach in Panama, but also hosts ships sank in the sand, giving it an extraordinary beauty. Whale watching is one of the great options on the island and most visitors will see different fishes coming to the area.

The largest island in Central America is an island called Coiba which is located in southern Panama and the province of Veraguas. The entire island and the surrounding islands have been combined in such a way that they now form the Coiba National Park. Today, the island is well known for its coral reefs and submarine life.

Located in Bocas del Toro is an island known as Isla Colon. The main destination in this area is Bocas Town, which can be reached by foot. It hosts beachfront restaurants and various souvenir shops. If you prefer to enjoy the island’s natural beauty, head to the Finca Los Monos Botanical Garden or hike along the beautiful Playa Estrella. You can watch dolphins where they are kept near there. If you have enough time you can take a boat tour and enjoy the beauties. In the area you can take a tour to see dolphins, fishing and diving.

To the east of the Panama Canal you can find an island known as San Blas. This beautiful archipelago is made up of over 300 islands. However, only five islands are inhabited. The island’s first inhabitants may have been the Kuna people. This makes the island people’s language different from other parts of Panama. When you visit this area you can admire the colorful local costumes and the beautiful and eye-catching beaches. Using tours is the best way to explore undeveloped areas in the area.