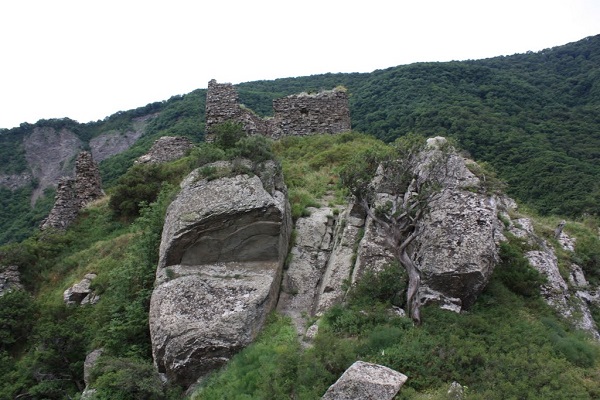 Mtskheta is a UNESCO World Heritage Site and. Therefore, there are many Mtskheta tourist places that represent the culture of Georgia through the years. People lived in this area of Georgia for some time before 1000 BC when capital of the Kingdom of Iberia was today’s Eastern Georgia.

Archaeologists have discovered major evidence for Mtskheta being a major business opportunity. Perfume glasses, Greek inscriptions, pottery, metal and jewelry have been discovered in the area, many of which are on display at the City Museum.

Moreover, you can also travel to other art of Georgia, for instance Gori tourism places, where there are more unique landscapes as well as monuments for you to explore. 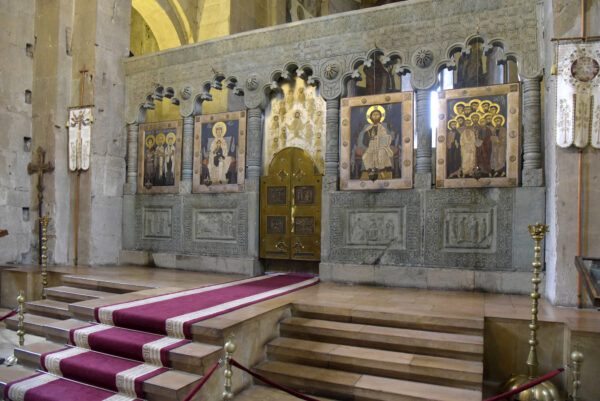 This is a Georgian masterpiece dating back to the eleventh century which has served for hundreds of years as religious center of the country. The complex includes a church, a gate, a bell tower, castles and a spiritual residence.

The cloak of Christ and the Prophet Elias both have been preserved at Svetitskhoveli Cathedral. The tomb of the founder of Tbilisi, King Vakhtang Gorgasali is located inside this building. This Cathedral is included in the UNESCO World Heritage List. 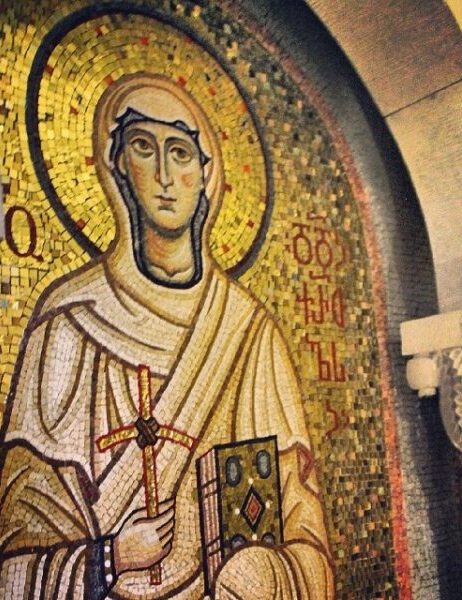 This monastery is in the city center of Mtskheta and it dates back to the eleventh century. From this sacred place, Saint Nino Cappadocia preached to the people of Georgia. The first Christian king of Mirian, Queen Nana and the Assyrian father Abibos Nekreseli are all buried here. This collection includes the Cathedral, St. Nino Church as well as a bell tower and a citadel wall.

Museum of Archaeology next to Monastery of St. Nino 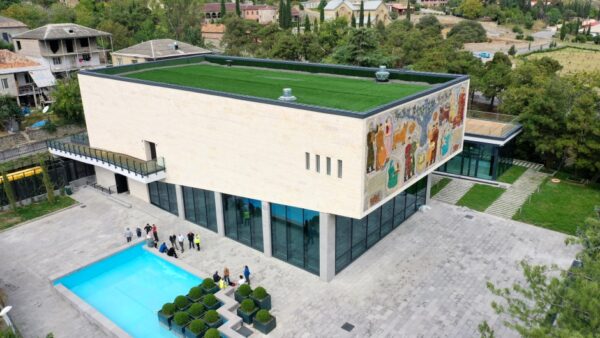 This museum is one of Mtskheta tourist places that has preserved National and international archaeological works. A wide range of bronze, late medieval and ethnographic pieces are also on display at the museum. Most of the artworks available in this museum belong to the regional and local artists as well as some belonging to the past of the country of Georgia. 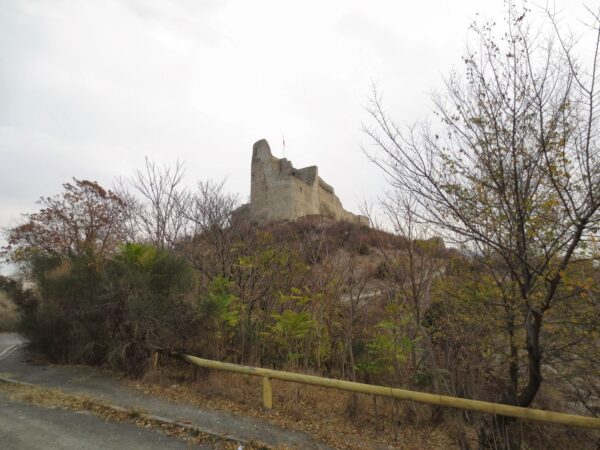 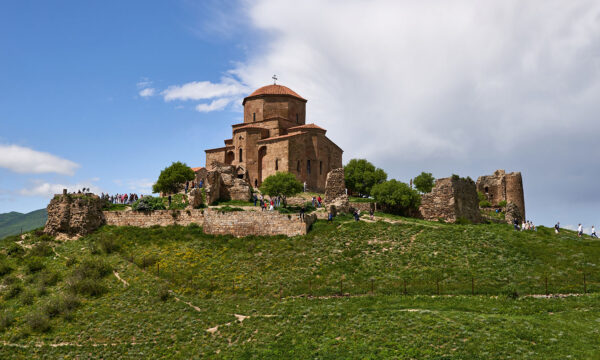 Jvari Monastery is on an opposing hill of Mtskheta and at the intersection of Aragvi and Mtkvari rivers. Shortly after the conversion to Christianity, King Mirian III built a huge wooden crossing at this location. The church is listed on the UNESCO World Heritage List and one most famous Mtskheta tourist places. 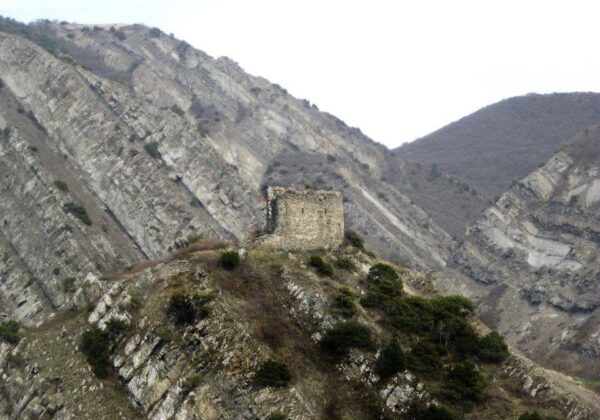 Armazi or Armaztsikhe, in terms of its age and size, is one of the most important castles that you can visit in this country. At present, the remainder of the castle occupies 30 hectares of the area. The castle was used to control the roads.

Shio-Mgvime Monastery on The Bank of The Kura River 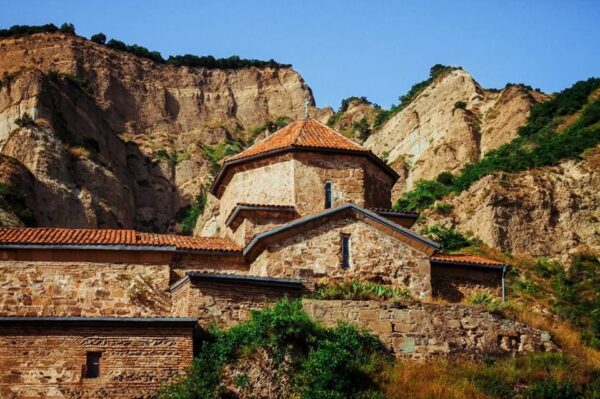 You can find this monastery 8 km away from Mtskheta and on the left bank Mtkvari River. It was built in the second half of the sixth century by one of Assyrian ancestor named Shio. The complex includes facilities for various periods including the Cave Church, St John the Baptist Church as well as a bell tower. 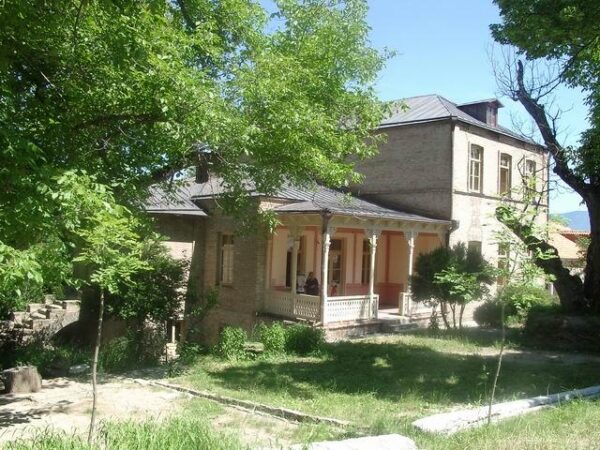 The museum’s collection includes accommodation, auxiliary buildings and the famous Georgian author’s grapes gardens. Also, the museum holds memorial items and manuscripts of the author, portraits of famous 19th-century Georgian figures and photos of the time.