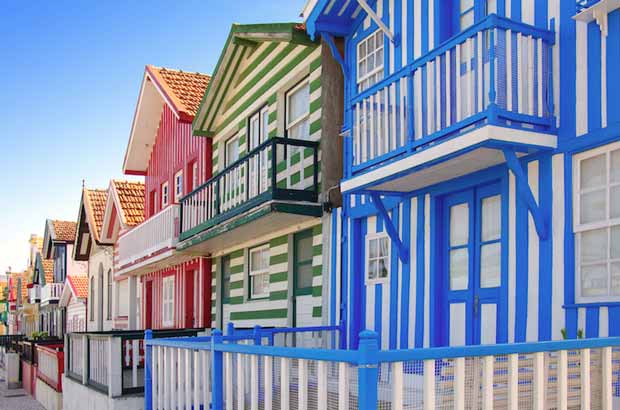 Lamego located in The Douro Region 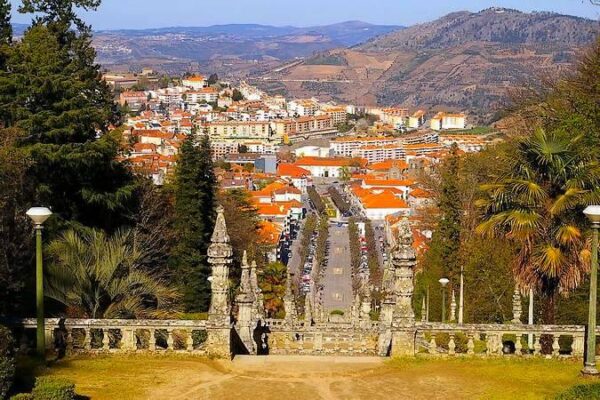 Lamego is an old Baroque village and one of attractions in northern Portugal in the Douro region. It is famous for its drinks among well known individuals. Also, Lamego has a very rich history. The first king of Portugal, Afonso Henriques, established his kingdom in the twelfth century in this region. The king built the first church of the village as well. Other landmarks in the area include a 12th-century castle.

The inner city has a rocky water reservoir that dates back to the era when Arabs ruled here. Our Lady of Remedies Shelter is considered one of the top sights in Lamego. The shelter is located on top of the city with its two bell towers. 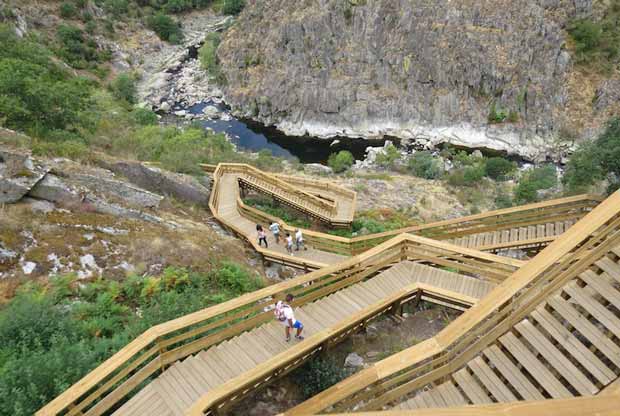 If you want to experience the unique and pure nature of Northern side of the country, it is better to take a walk on the Paiva Walkways, which is also one of the best attractions in northern Portugal. Walking 8 miles on wooden stairs and suspension stairs will make you feel refreshed. You can walk among the lush vegetation, waterfalls and the clear waters of the rivers and you can even see the wildlife up close. This hiking trail is not just for curious people and everyone can try it and enjoy its beauty.

If you travel around the world, you will find a few places with such colorful houses. These beautiful colorful houses in Praia da Costa Nova are very unique attractions in northern Portugal. The houses built in this fishing village are decorated with colored tapes. Some tapes are used vertically and some horizontally. These unique houses were built by fishermen who lived in the area. People are now using these homes as holiday homes. In this area you can try many varieties of seafood.

Amarante located Over The Tamega River 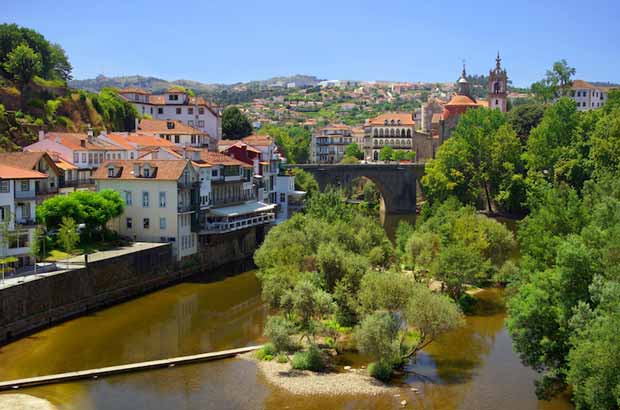 Most people associate the saints with strange deeds such as miracles, but in Amarante the saint built a bridge over the Tamega River in the twelfth century and became famous for it. Religious buildings include the beautiful church of St. Goncalust, which has an attractive appearance in the sunlight.

Viana do Castelo a Historical City 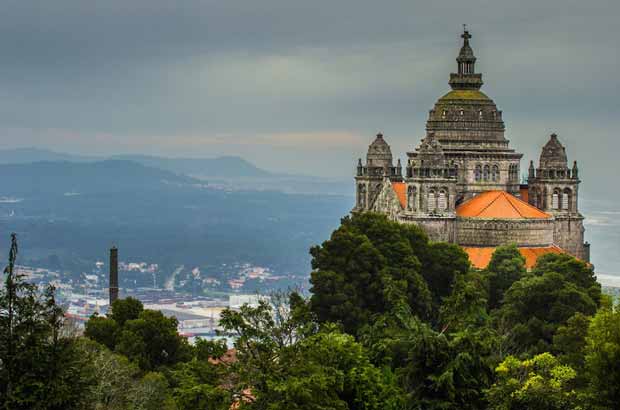 It is good to know that Viana do Castelo is a historical city and one of the the best attractions in northern Portugal. Most of the city’s buildings were built during the 16th century. The scenery and landscapes you can find in the city include the Renaissance fountain in Praça da Republica, the Geraz do Lima Museum, the 15th-century Romanesque Cathedral, and the 16th-century church. When you travel to this area, you can relax by the beach as well. 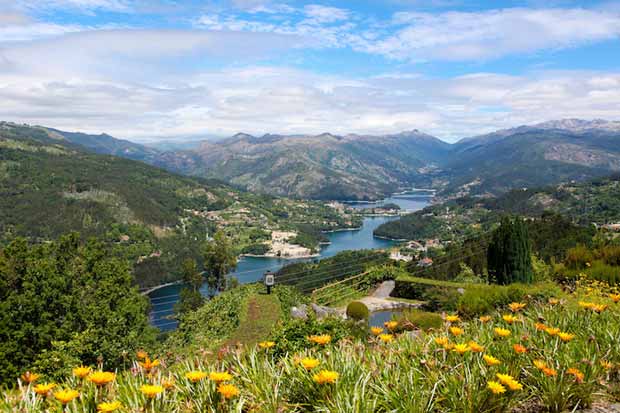 This national park is located in the mountains of Northern Portugal and it is the only developed national park in the country. The park was built in 1971 to protect the environment and since then its resources have been expanded. Also, there is an old Roman road passes through this park. Government officials and officials patrolling the park have restricted tourist visits, but people traveling to the area can find a few areas to explore. You can see the religious temples near the main road here.

Braga The Most Religious City of The Country 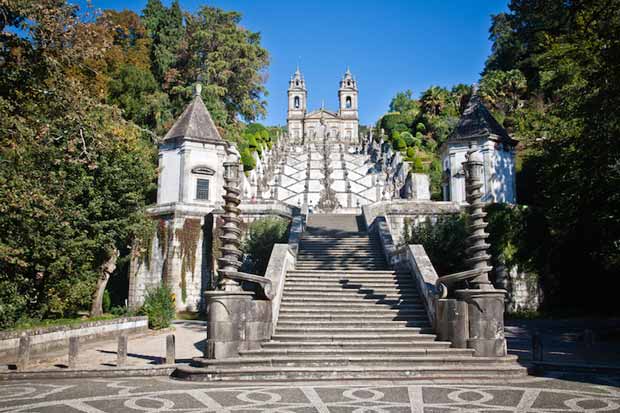 Braga is one of the most religious cities in Portugal. Moreover, Braga is Portugal’s third largest city providing tourists many churches and monuments to visit. Try to explore the beautiful and eye-catching views of this city, such as the Baroque Sanctuário do Bom Jesus do Monte. Braga attracts many visitors from all over northern Portugal.

Guimaraes Known for its Gothic Buildings 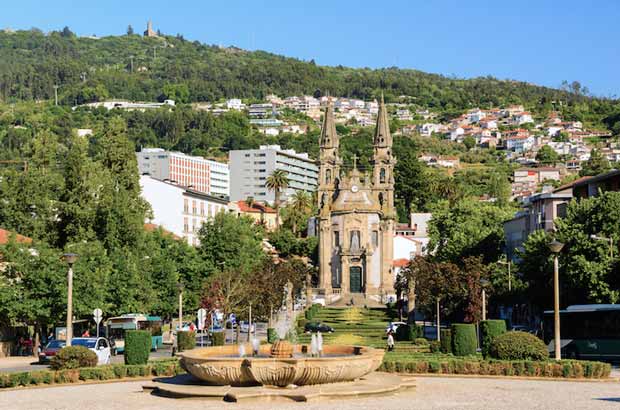 When you travel to this area, you can follow the beginning of the story of Portugal here very well. This area is called the birthplace of Portugal. In this area you can see Gothic buildings, medieval centers with narrow cobbled streets, beautiful squares with cafes and restaurants. Among the sights that can be seen in this area are the ruins of an old castle. You can visit Penha Park and enjoy the panoramic view as well. 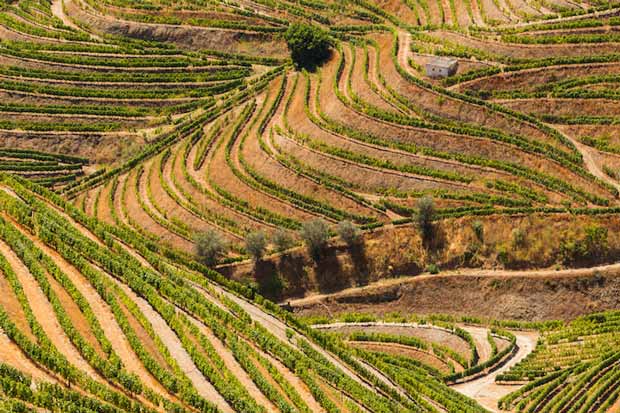 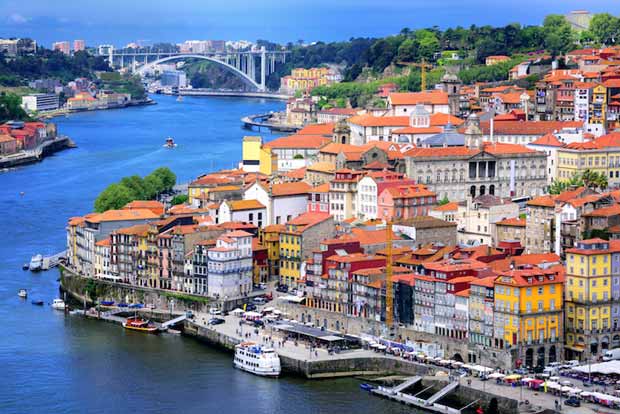 After Lisbon, Porto is the second largest city in Portugal. The city has become a top travel destination in Western Europe. Porto has narrow streets in the old town of Ribeira. Try using a guide tour to explore all of its areas. If like to see past history of the city, you can find numerous baroque buildings and structures in the old town. For example, you can see the statue of King Pedro IV in Praça da Liberdade.