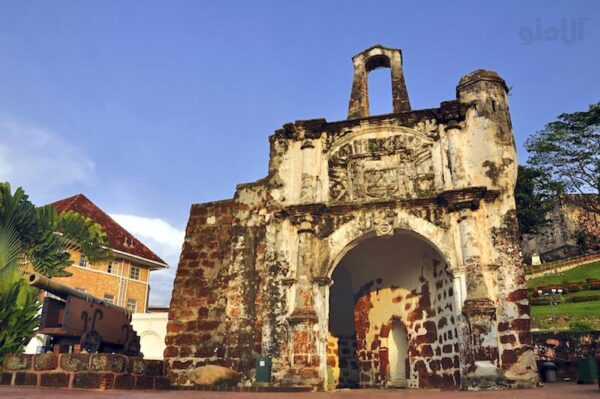 Melaka attractions are some of the best historical places in Malaysia. Some of the attractions in Malacca represent the colonial past of this place. Furthermore, Malacca is one of Malaysia’s strategic provinces that due to its important position on the sea route between China and India. Consequently, it has always received a lot of attention. For centuries, there has been war between Portugal, England and the Netherlands over Malacca. For this reason, this modern city is today a tourist destination and has a variety of cultures, architecture, traditions and cuisine that reflect this rich heritage. In this article we are going to explore the tourist attractions in Malacca.

A Famosa Most famous Portuguese Fortress in Malaysia 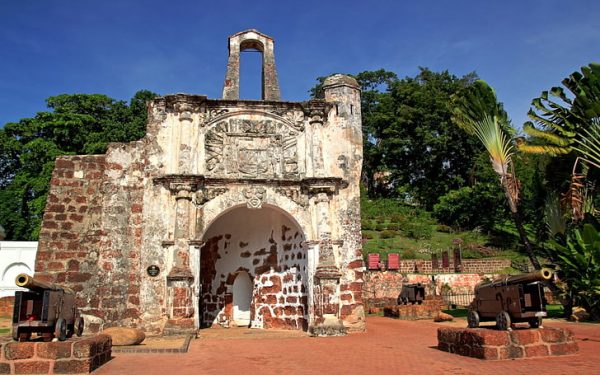 The remains of this Portuguese fortress are among the oldest surviving European institutions in all of Asia. This castle is one of the best attractions in Malacca that was built at the beginning of 1500. The purpose was to protect newly conquered lands or to prevent other European countries from invading the coast.

The architects hoped to build another Portugal friendly port along the Spice route to facilitate trade between Asia and Europe. The castle was later taken over by the Dutch and then transferred to England to prevent Napoleon’s conquest. The British feared that if France or other countries could conquer it, they would gain more power. So England decided to destroy it rather than protecting it. At the request of Singapore’s founder, Mr. Raffles, only a small gate was preserved. 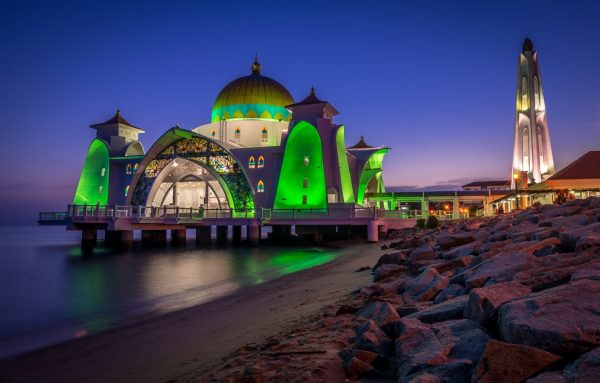 Melaka Straits Mosque is a religious Melaka attraction that was built in the early 20th century with a mix of East Asian and Malay architectural styles. When the water level is high, this mosque which is made in the artificial islands of Malacca, can be seen floating. In the traditional style, the outside of the mosques is white with a shade of different colors. In this case, yellow and green glass enclosures are one of the main points that distinguishes this mosque. The building has a special beauty at night. The mosques are a public place for the worship of God, but tourists can visit them.

Malacca Sultanate Palace in A Famosa 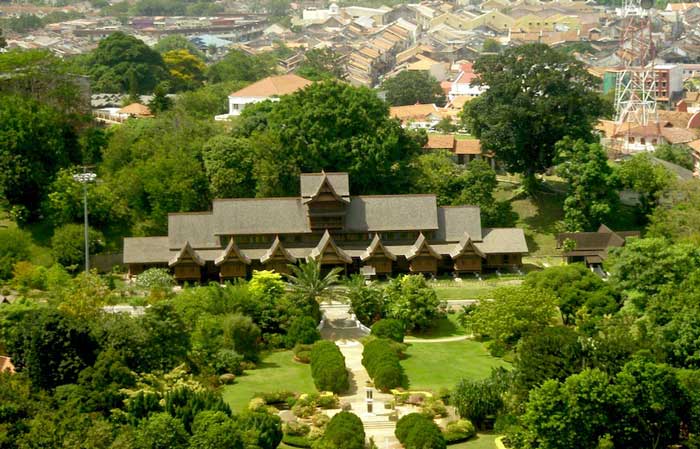 Although not a real building, it is a good copy that was made to show the history of the area in 1984. The palace was built on the basis of a historical description of the palace of Mansur Shah of Malacca, a sultan who ruled Malacca from 1456 to 1477. The palace has a series of dioramas (three-dimensional replicas) that represent ordinary days inside the palace. Applicants, guards, and vendors waited in the main hall to respect the sultan so they could share their requests with him. 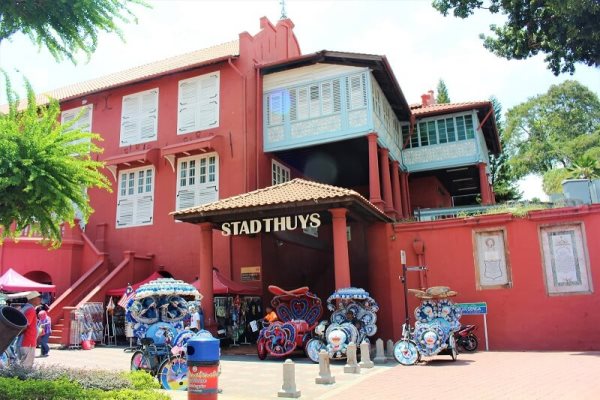 Like the rest of the Dutch remnants of Malacca, this old Dutch hall is one of major historical attractions in Malacca that is painted in red color. It was home to Dutch governors and officers during the Dutch colonial period, but during the English colonial period, it became a free English language school. It is used today as a museum of history and culture, and many believe it to be one of the premier museums in the region. The museum also features traditional costumes and artifacts that represent different historical periods in Malacca. 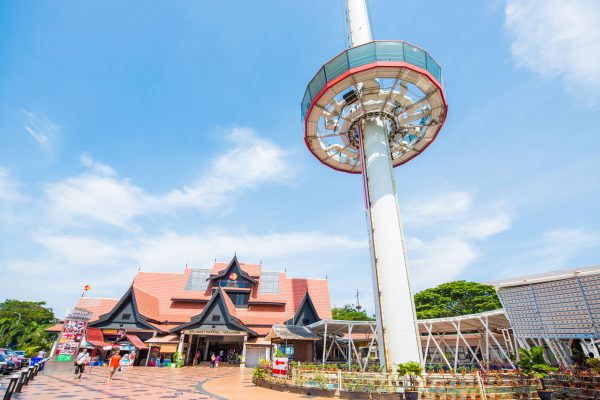 The tower is reminiscent of Seattle’s space needle and was built for the same purposes. The tower provides an overview of past history and present-day changes in Malacca. This gyro tower is 110 meters high and can accommodate up to 80 people at a time. At the base of the tower are other activities such as horseback riding and renting electric cars. 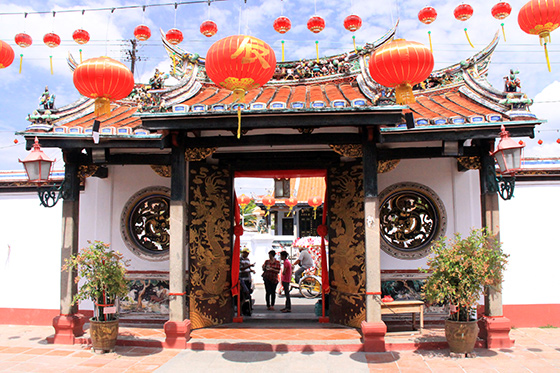 Cheng Hoon Teng Temple is the oldest functioning temple in Malaysia that its construction dates back to 1646. As one of many attractions in Malacca built by Chinese diaspora this shrine emphasizes on three traditional Chinese teachings: Taoism, Confucianism, and Buddhism. The temple is located along Harmony Street, with many temples and mosques available there. The temple itself is made up of several halls for worship and the main one is dedicated to Kuan Yin, the goddess of mercy. It also has smaller halls dedicated to the gods of power, wealth and prosperity. 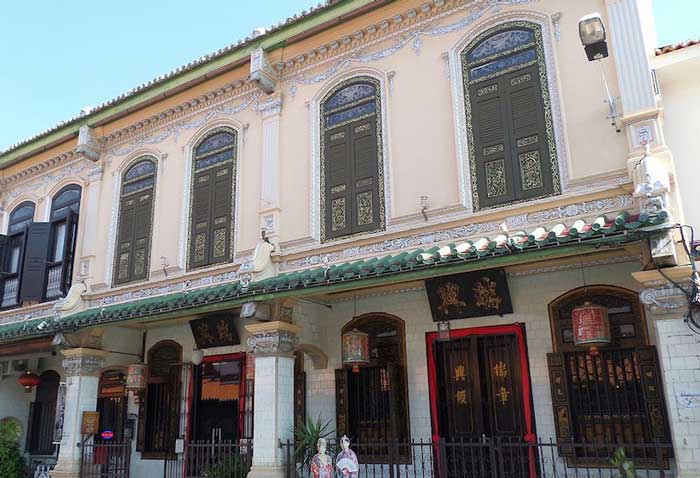 This museum was developed by fourth-generation resident Chan Kim Lay to celebrate the complex and fascinating combination of Chinese and Malay culture. The museum is also known as the Baba Nyonya Museum and one of best Nonya attractions in Malacca. The museum features a number of handicrafts, including carpentry, pottery and furniture. The large, curtain wall hangings represent a mix of Chinese and Western culture in the Malay world. 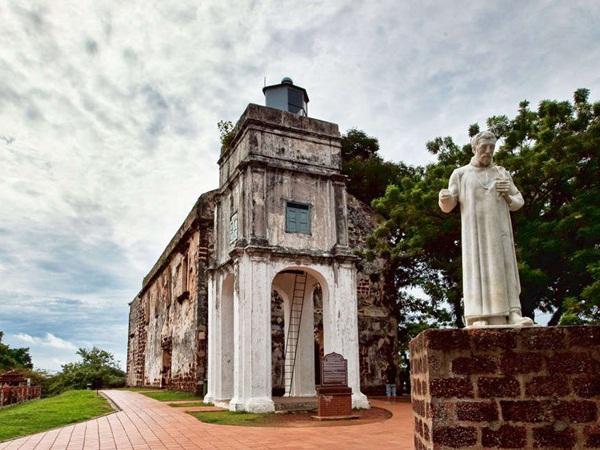 The church was built by a Portuguese captain in 1521 as a simple church. Saint Francis Xavier, one of the founders of the Society of Jesus, used the church as a base for his missionary trips to China and Japan. On one of these trips, Xavier became ill and eventually died in China in 1552. His body was kept there before being transferred to Goa. Visitors can take picture inside the church. 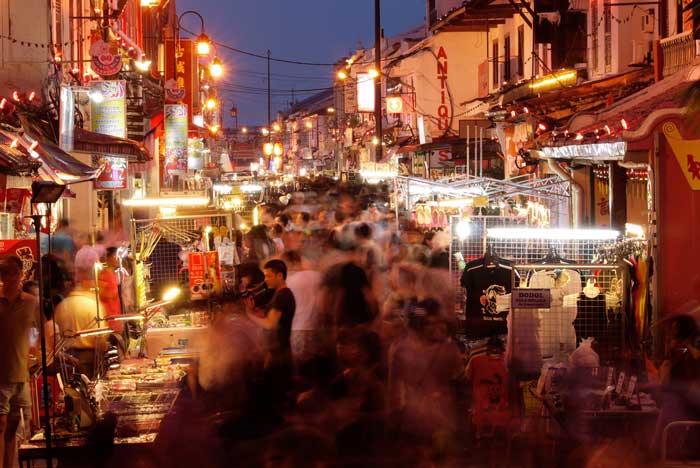 This street is the center of the Chinatown in Malacca. This place served as a home for most of the servants of the Dutch aristocracy during the Dutch colonization. However, after the Dutch left, this Melaka attraction became the residence of the nobles themselves. Many of the large 17th-century houses remain, along with numerous shops, restaurants, and other amenities. The street is occupied every Friday, Saturday and Sunday night and works as a Night Market only. 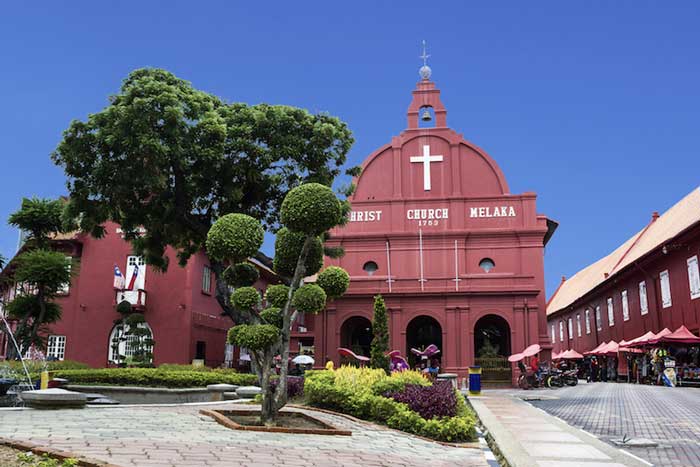 Created in the eighteenth century as a replacement for the old and ancient Portuguese church, Chris’s Church remains one of the iconic buildings of the Dutch colonial era. This church is one of the most famous attractions in Malacca. The main color of the church used to be white and then was painted red in 1900. This color represents many of the buildings left over from the Dutch colonial era. Inside the church a number of gravestones are inlaid in Dutch, English, Portuguese and Armenian languages.