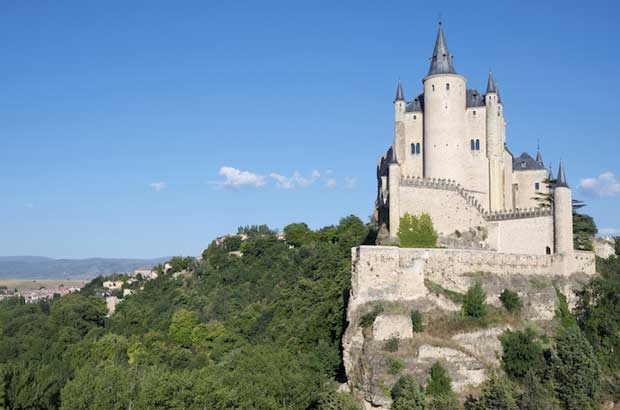 No trip to Spain is complete without seeing the beautiful Spanish castles near Madrid. The combination of architecture involved in these castles’ construction is amazing. Some were built as Roman castles, while others were built during the reign of the Moors in Spain. These castles are strong, classic and beautiful at the same time. If your time is short, there are several beautiful Spanish castles near Madrid that make your trip worthwhile. Therefore, you should plan to visit them in your trip to Spain.

If you love historical architecture and buildings, it is worth having a trip to see the attractions in San Sebastian. This city is one of the old cities in Spain offering a lot for cultural and archaeology enthusiasts. 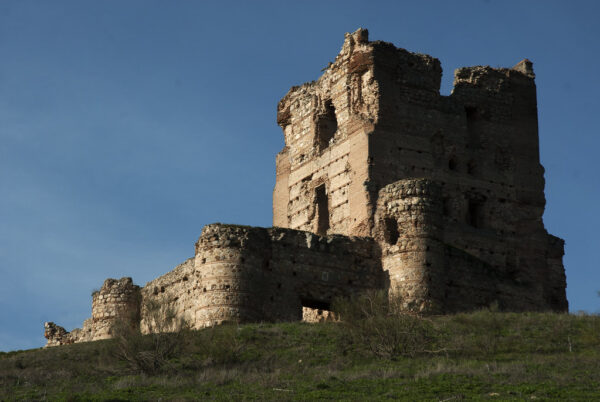 It is believed that Castle Aulencia belongs to the time of Moorish people, because it was built during the Muslim rule. The castle is built on the Horcajo hill near the Guardarrama and Aulencia rivers. This castle is small compared to other castles near Madrid. Its main features are the main tower (revival tower) in which the aristocracy lived and also has eight other towers. Today the castle is in ruins, however it still retains some of its beauty. This castle is a private property today and there is a very large fence around it.

Castillo de Batres in The Village of Batres 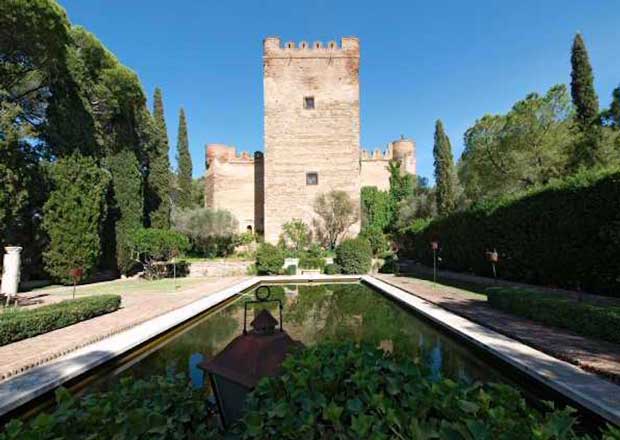 Castillo de Batres is the top tourist attraction in the village of Batres near the Guadarrama River. Also, this castle is located half an hour drive from Madrid. There are trees around the castle and the appearance of the 15th century castle adds to its beauty. One of the unique features of the castle is the diamond shape corners of the tower. Other indicative features are its 82-foot height, its Iron balcony as well as its Renaissance courtyard. Also, do not miss the Garcilaso spring, which is under a brick arch. 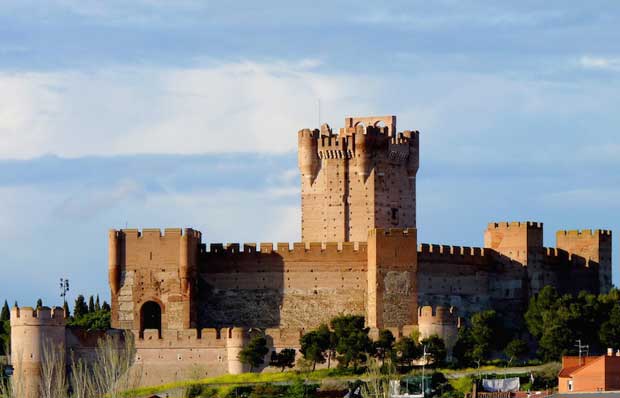 It takes less than two hours to get from Madrid to Castle La Mota in Valladolid. Along the way you will see the many villages of Spain. It is believed that the Castle La Mota is on the site of the former castle of Rome and most likely the castle belongs to the post-Moorish period. Moreover, the present castle dates back to the 15th century. Before being demolished in the seventeenth century, it was a state prison containing the explorer brother of Francisco Pizarro, aristocrats and even the bourgeois kingdom of Italy. 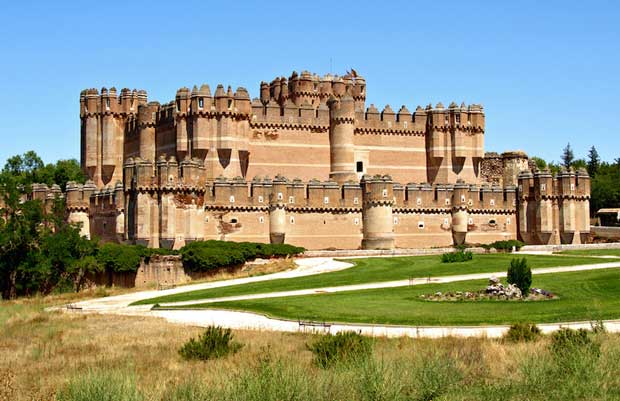 If Castillo de Coca is perhaps the most unique looking among all of Spanish castles. This fortress looks very opulent, it is because it was made by one the richest bishop of the twentieth century, Archbishop Alonso of Fonseca. The setting here is wonderful, and the castle is surrounded by pine tree forests. Today, the castle is a school for forestry students. Castillo de Coca was built by Moorish artisans, however its appearance is Christian. This is another one of Spanish castles  which is a prime example of brick military architecture where some visitors think this is a military fort. 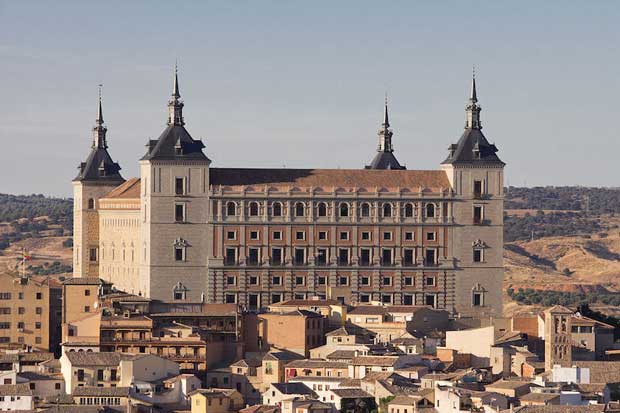 The stunning architecture and history of the Alcazar of Toledo can be seen less than one hour drive from Madrid. The Romans built the main castle in the third century BC. Later, the rulers reshaped the castle during the reconstruction efforts. As a result, this large square castle represents four architectural styles: Renaissance; Plateresque (a mixture of Gothic, Muslim and Italian elements), medieval as well as Spanish Baroque (Churrigueresque).

Each of the four castle towers represents a specific style. The castle became a symbol of nationalism during the Spanish Civil War, when nationalists put up a major siege in opposition to the forces. 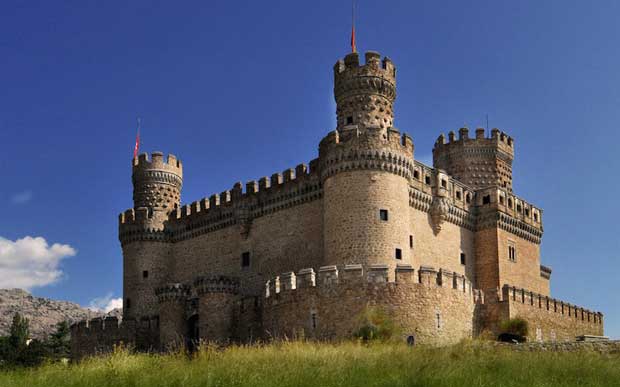 New 15th century castle Manzanares el Real is one of the best preserved Spanish castles in the Madrid region. The castle was once a local site, but today is a museum dedicated to castles in Spain. The castle is located on the Manzanares River and replaces an older castle nearby. The Mendoza family lived in this castle for about a hundred years. The quadrangular granite castle has circular towers with a Gothic gallery designed for military standards. Moreover, this castle is very beautiful when lit at night or against the sun during the day.

Alcázar de Segovia Used to be a Roman fort

Alcázar de Segovia as a Roman fort, was soon becoming the massive structure that is today. It is only an hour away from Madrid to Alcázar. The castle is located on a hill overlooking Segovia as well as the rivers Clamores and Eresma. This castle is famous as a legendary castle, perhaps, a model for Cinderella Disney Castle. Also, this castle is different from other Spanish castles because it resembles a sailing ship. Over the centuries, the castle has been used as a castle, royal palace, prison as well as a military fortress.