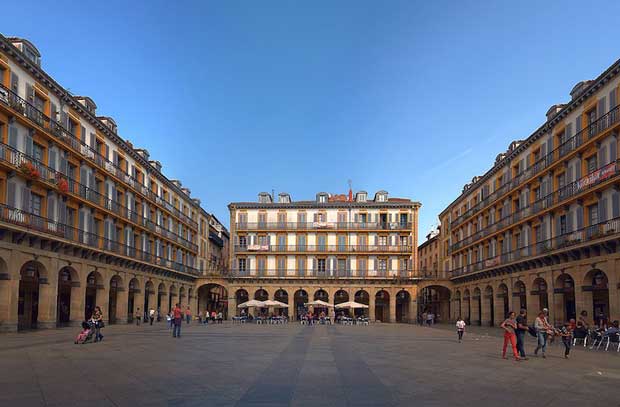 One of the tourist activities in northern Spain is to see the attractions in San Sebastian or also known as Donostia (The name given to it by the Basques). This place is located in the Bay of Biscay a few miles away from France. The area is known for its large beaches and resorts. However, there are also beautiful churches and other attractions in San Sebastian, including the International Film Festival.

This region of San Sebastian is not only the capital but also the soul of the Basque community in Spain. The Basques have their own language and culture, which is different from Spain, but it is no less valuable than Spanish culture and language. Check out the beautiful sights in San Sebastian mentioned here.

Catedral del Buen Pastor de San Sebastián, Or Good Shepherd of San Sebastián Cathedral, is 75 meters (245 feet) high. Construction began in 1888 during the reign of Alfonso XIII. This building was not a church until 1953 and was completed nine years later this date.

With its Gothic revival style, it is considered the most important church in San Sebastian. Visitors admire this church for its simplicity compared to other Spanish churches. Visiting the church at night is a sight to be seen because of its spectacular lighting making it one of the best attractions in San Sebastian for taking pictures.

Aquarium Donostia One of Best in Europe 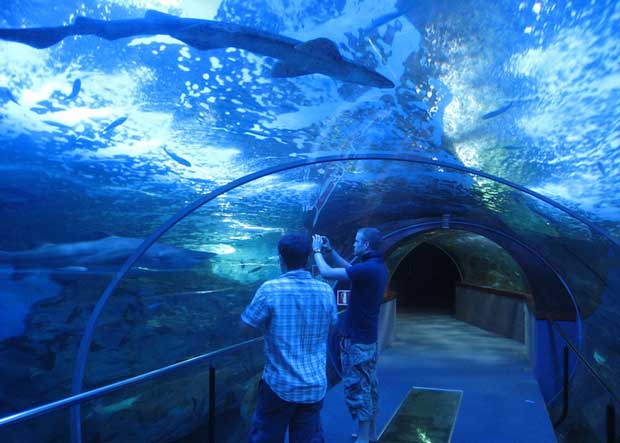 Aquarium Donostia is one of the best aquariums in Europe one of mezmorizing attractions in San Sebastian that attracts visitors to get acquainted with marine life. This aquarium actually has several aquariums, some of which are dedicated only to certain marine animals. The highlight of this aquarium is that 200 species of sea creatures floating around and above the visitors’ heads when they walk in the tunnel.

The aquarium started operating in 1928 with a whale skeleton museum. Visiting the Donostia-San Sebastian Aquarium is a family pastime that encourages children to touch the fish from outside of the special tanks.

Plaza de la Constitución The Heart of The City

Plaza de la Constitución is the old town of San Sebastian. This area is known as the heart of attractions in San Sebastian, which attracts many people on special occasions such as festival of Saint Thomas and flag hoisting on January 20th.

Tourists overlook the square through the windows here. This area was one of the most popular bullfighting sites in ancient times. The square was built in 1817 after a fire and the destruction of the city four years before. Visitors can see the shops and cafes in the square that invite them to dine in them.

Miramar Palace in Near The La Concha Bay 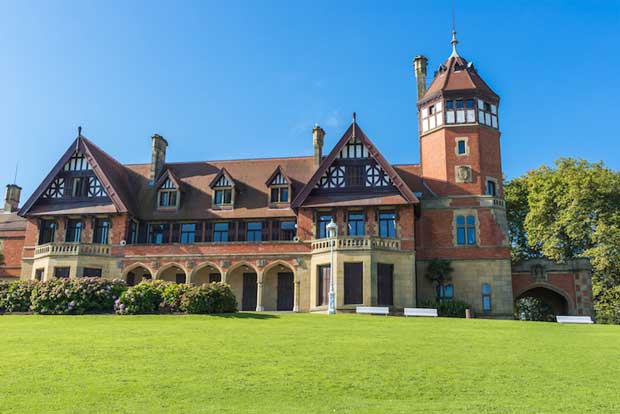 Miramar Palace is located on the shores of La Concha Bay. This building is the result of the Spanish royal family’s love for San Sebastian. This area was a popular spot for summer vacations of royalties. This palace was built in the late 19th century because the royal family wanted a summer house. This property was a monastery before the royal takeover.

The appearance of Miramar Palace is done in English style. The reason for it is that it was designed by an English architect. The palace has been under several ownership changes throughout the years and now belongs to the city of San Sebastian. The palace is public institution with a public park inside it.

Peine Del Viento Known as The Comb of The Wind 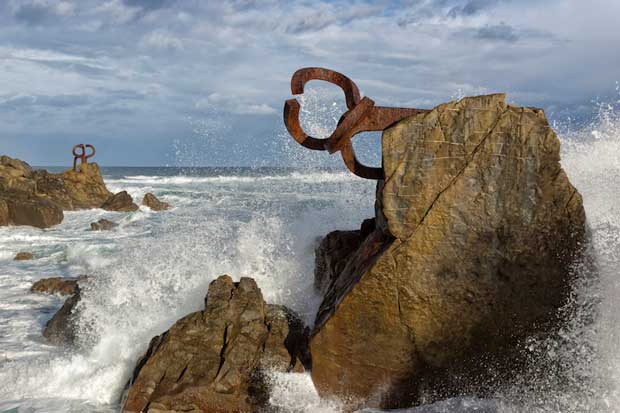 Peine Del Viento, or ‘The Comb of the Wind’ perhaps is the most famous statue of San Sebastian. This unique sculpture, at the bottom of Ondarreta Beach, is one of the most visited places in San Sebastian. It consists of three 10-ton steel sculptures embedded in stones. The holes in the iron inserts generate noises when the wind blows. Many believe that the parts are like a twisted comb. The statue is there on this bay since 1976. 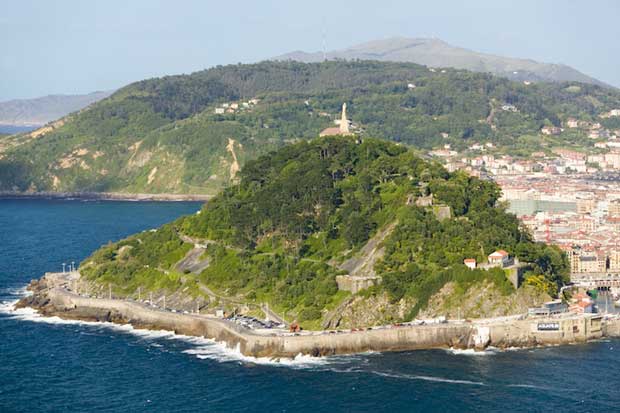 Due to its strategic location in the ocean, Monte Urgull has been a place of defense for San Sebastian since the 12th century. Mota Castle was later built in 1960 and a 12-meter (39-foot) statue of Christ was added on top of it.

Also, visitors see a small historical museum on top of it. A good way to reach the top is by walking. You should start from behind the Aquarium or Plaza Zuloaga which gives a spectacular view of San Sebastian where the bay makes for a better view. Visiting this area brings peace and relaxation and a time from bustle of the city.

Zurriola beach Located on The Island of Santa Clara

Zurriola beach is one of the best natural attractions in San Sebastian which is located on the island of Santa Clara. La Zoriola is popular with friends and young people. It is also a good place for surfing enthusiasts. Also, April is the best time for amateur surfers who don’t know how to surf on big tides. As a result, they can trains here. Also, this region hosts surfing championships.

Moreover, La Zurriola is the busiest beach in town, though not the largest. For people who like to play in the sun, there is beach tennis, swimming, soccer and volleyball. Walking on the beach is a popular activity among locals too. 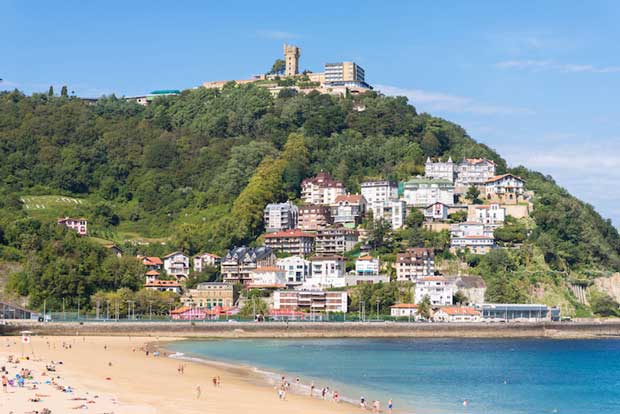 When travelers are looking for spectacular scenery among the natural attractions in San Sebastian, they need to head to Monte Igueldo, west of Playa de la Concha. Monte Igueldo is one of the three peaks in the bay with a height of 181 meters (600 feet).

Seeing the scenery of Monte Igueldo is half the fun since it is done by the train. When visiting this mountain, you will see two things on top of it. One of them is Torreon de Igueldo, an 18th century lighthouse that has become a beautiful sight. Another one is the amusement park with rides for children of all ages.

Parte Vieja or The Old Town 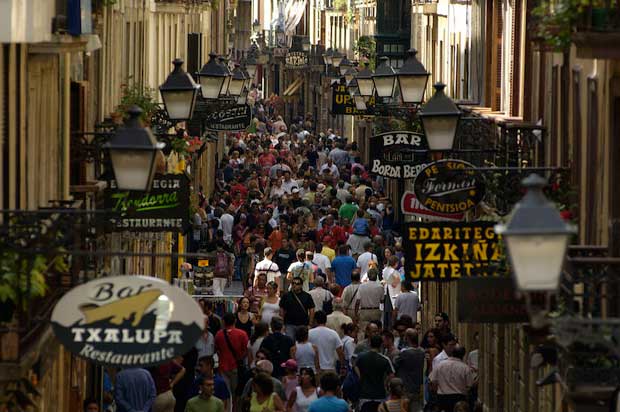 Parte Vieja (Old Town) is one of the most visited attractions in San Sebastian. Moreover, it is not one of the oldest neighborhoods because Antigo Centro is the oldest. The buildings with colorful roofs are protected from the sea by Monte Urgull, with the river Urumea on one side and Concha Beach on the other. Also, this area is full of cafes. Other visitors enjoy strolling through the busy streets to see the city’s famous churches, such as the Basilica of Saint Mary of Coro. This historic neighborhood was surrounded by the city wall until 1863. 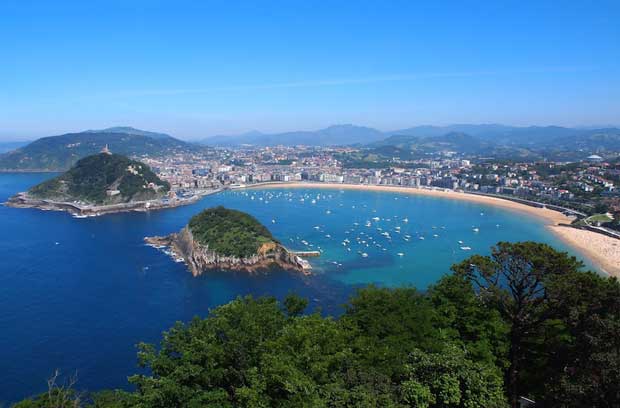 Playa de la Concha, in the bay of the same name, is the most beautiful coastal city in Europe and one of the best attractions in San Sebastian. With golden sands close to azure blue waters. This beach is definitely a busy place in summer. La Cornea (Spanish for “shell”) is located in a beautiful setting. When the sun down approaches and the lights are on, then it is a good time to walk along the beach.

When in Spain, it is recommended to visit the best places in Ibiza. As a major tourist city, Ibiza has a lot of activities as well as night life for young and old. These small coastal city is a major party capital of the Europe. Therefore, make sure to plan your trip to this gorgeous island.