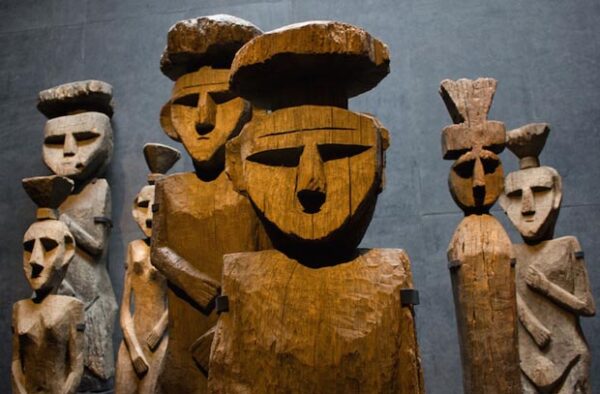 Santiago City in Chile was founded by the Spaniards in the year 1541 and it was used as the capital of Chile. There are many Santiago attractions that you can visit here because of its heritage. This city has more than six million inhabitants. However, it still has the legacy of 19th-century colonial and neoclassical buildings. This picturesque city has many hills that add to its beauty. Also, there are many tourist attractions in Santiago and we are here to review some of them for you. 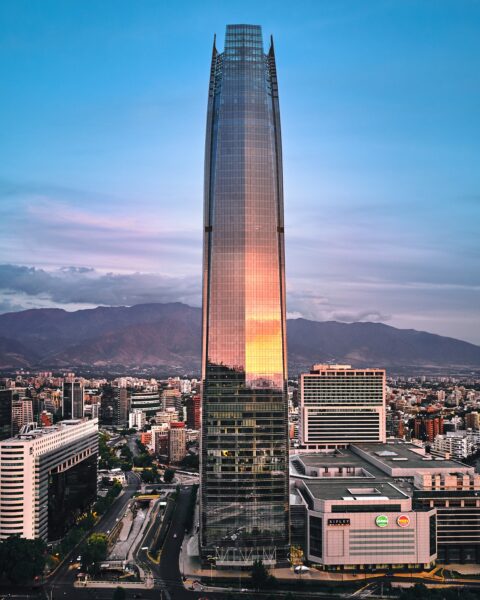 Gran Torre Santiago skyscraper is in Santiago and it is high enough that you can see it from anywhere in the city. This 64-story building is the largest skyscraper in Latin America. This building reaches 300 meters high and has six underground. Officially known as the Costanera Center Torre 2, it is part of a large central complex comprising a shopping mall in South America. it is one of major Santiago attractions for architecture enthusiasts. 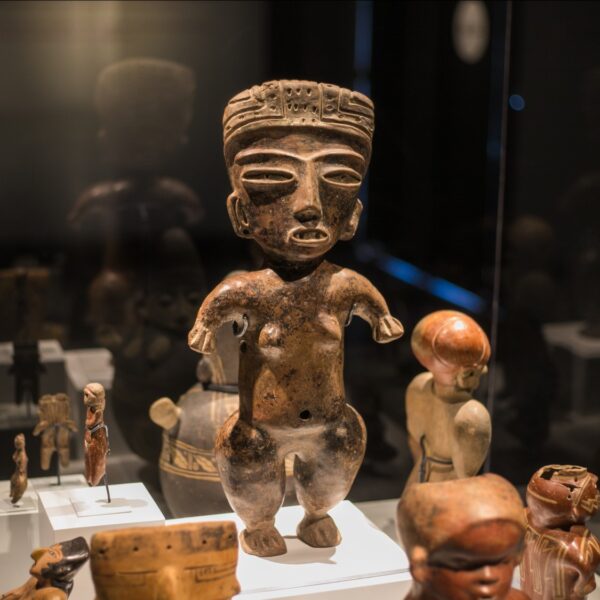 This Museum includes items dating back to 10000 years ago. Not only does it have pre-Columbian artwork, but also holds artworks from Chile, other parts of South America as well as Central America. The building began with a private collection and eventually was able to gather more than 5000 works of art and crafts. These items are made from a variety of materials such as metal, textiles, ceramics, bone and leather. Located in central Santiago, the museum reflects the achievements of the Chilean people before Europeans arrived.

Santa Lucía Hill in The Center of Santiago 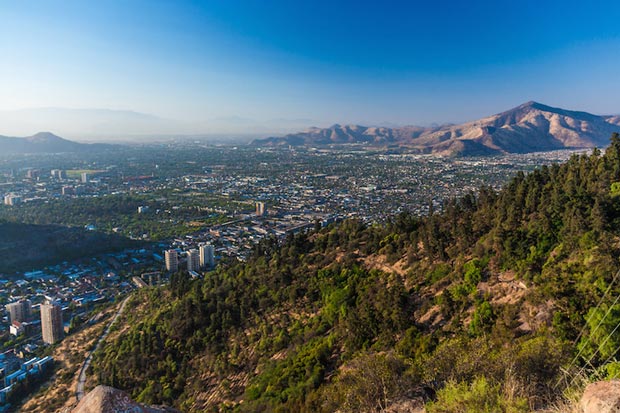 Cerro Santa Lucia is another one of famous Santiago attractions which is a hill in central Santiago that represents the remnants of a 15 million-year-old volcano. This hill was originally known as Huelen, but in the year 1543 it was renamed in the honor of Santa Lucia. Over the centuries, this hill has been home to various castles and oppositions residing in the area. The hill was rebuilt in the 19th century. Today, there is a park, a statue, a fountain and a castle on top of this hill. 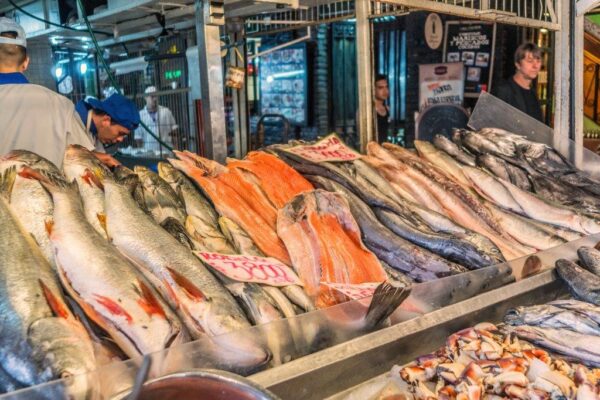 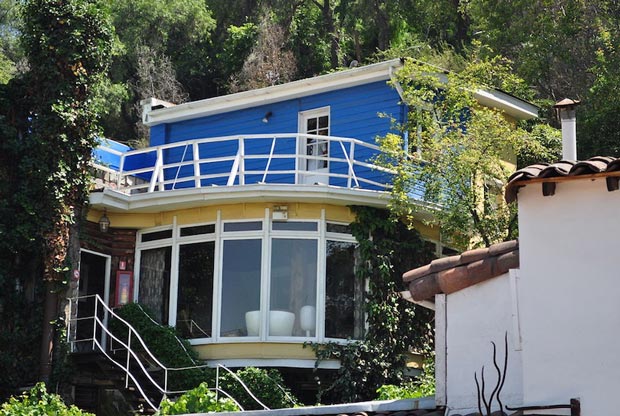 Pablo Neruda was a Chilean poet and a Nobel Prize winner that had three houses. La Chascona is being one of them. Neruda had a quirky personality that was well reflected in this house. Even the name is derived from his curly red hair. The building resembles a ship, and many tourists come to the area to visit its kitchen. The kitchen of this building looks like a ship’s cabin. There is also a legendary garden behind the building. 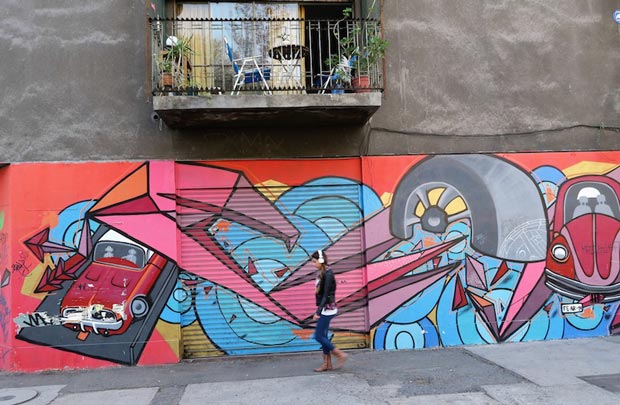 This neighborhood is nearby Santiago where artists and intellectuals live. This neighborhood is famous because of Pablo Neruda, which we mentioned earlier about his house. There are many boutiques and galleries in the area. Old colored houses are visible on its streets. In the weekend, there is a handicraft market that is open to the public.

While most of Santiago’s major cathedrals have been destroyed by earthquakes, Santiago Cathedral is standing still in the area for more than 260 years. Its construction began for the first time in 1748. This Neoclassical Stone Cathedral is one of the finest examples of Santiago attractions and religious architecture in South America. One of its towers contains the remains of the first Cardinal of Chile. The interior and wooden doors of this church were carved for the first time in year 1765. Inside, you can find a decorated altar and a sacred art museum. 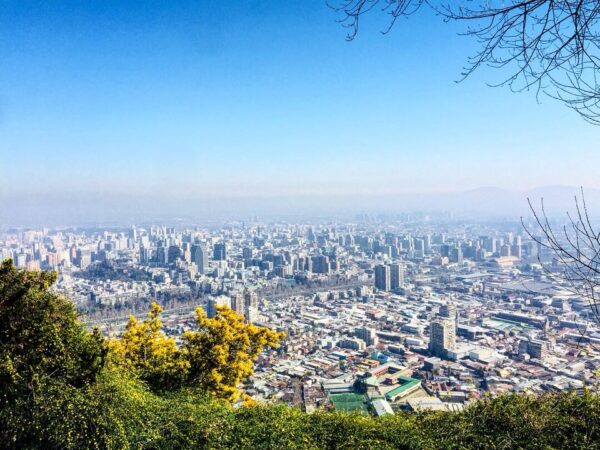 Cerro San Cristobal hill is the most famous among Santiago attractions which is located in the north of Santiago offering a beautiful view of the city. The Spanish conquerors named it St. Christopher. At the top of the hill you can find the statue of Virgin Mary as well as an observatory. Pope John Paul II lived in a small altar in this sanctuary. Also, there’s a theatrical amphitheater here. Cerro San Cristobal containss the largest park in Santiago, Chile’s National Zoo, Japanese Garden and two large pools.