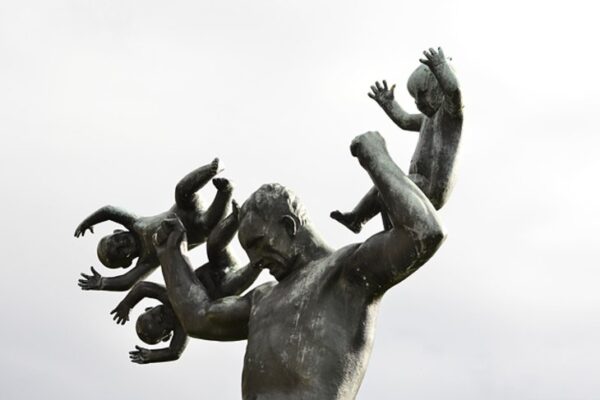 Oslo, from a regional perspective, is one of the largest capitals in the world, but only 20% of this vast area is developed, and the remaining includes parks, protected forests, hills and hundreds of lakes.

Oslo City was called Christiania between the 1624 and 1925. Oslo was founded in the year 1408 by Harald III (King of Norway). Oslo was severely damaged in a massive fire in 1624 and then extensively rebuilt by the King of Denmark, Christian IV.

After this renovation, he renamed the city to Christiania. Parks and open spaces are an integral part of Oslo’s urban space and can be easily accessed from anywhere in the city.

The city center will be great for exploring thanks to the numerous walking paths and routes that connect public spaces, as well as areas such as the main street of the city known as Karl Johans Gate. This wide street stretches from Oslo Central Station near the waterfall to the royal palace and passes from Numerous tourist attractions in Oslo Like the palace, the National Theater and the old University as well as Oslo Cathedral.

Oslo is ranked as one of the best cities in the world for accommodation, as it features beautiful cultural sights. The city is known for its numerous theaters, museums and galleries.

Magnificent Akershus Castle is located on top of Oslofjord. The castle was built by Håkon V in the late 13th century.

Take your time exploring the castle and the surrounding area. In this area you can find the Norwegian Museum of Resistance. Therefore, prepare yourself to visit this museum as well.

Although the Oslo Cathedral was built in year 1697 but has been rebuilt over and over again throughout history. Its structure was rebuilt in year 1850. However, its interior was rebuilt shortly after World War II.

Notable features of this church include the main entrance with bronze doors and the ceiling painted by H. L. Mohr. The baroque altar as well as the colored glass by Emanuel Vigeland, can be seen in the church as well.

You have to make sure you visit the Oslo market as well. This charming hall dates back to 1841 and it currently houses galleries, cafes and antiques.

Oslo City Hall is undoubtedly one of the city’s biggest tourist attractions. This beautiful square building is made of brick and concrete and designed by Arnstein Arneberg and Poulson. This large hall has two towers, one of which is decorated with a large clock. One of the towers also hosts 38 bells that can be heard from the port area. Along with its fascinating view of statues and prominent motifs, the interiors are also worth a visit because of the watercolor paintings created by Henrik Sørensen, Christian Krohg, Edvard Munch and other famous Norwegian artists.

Aker Brygge is a residential area in Norway located in Oslo. The unique architecture of this area, which is a combination of new and old architecture has made it a magnificent beauty.

It is estimated that about 12 million visitors explore Aker Brygge annually. They enjoy sightseeing, shops, great restaurants and more here. While in the area make sure you visit the newly-built Astrup Fearnley Museum. This museum contains two buildings. One of these buildings is used for museum collections, and the other hosts numerous exhibitions.

Oslo National Museum is one of the attractions you should visit when traveling to this area. The museum actually houses a number of exhibition halls throughout the city.

The palace is located at the northwest end of Karl Johansgate and was built in 1825. Although this 173-room building is not open to the public, visitors can walk for free in the fields and gardens or watch the bodyguards change regularly. Just south of this Royal Palace you can find The Norwegian Nobel Institute, which holds the Nobel Peace Prize.

Vigeland Sculpture Park is one of the largest parks of its kind. It is also Norway’s most famous tourist attraction. This unique park is the result of a lifetime of Gustav Vigeland work and features 650 dynamic sculptures featuring materials such as bronze, granite and soft iron.

Vigeland is responsible for the design and layout of the park, which was completed in year 1949. The oldest statue in the park is the Fountain Group, which represents the human life cycle.

Oslo’s Natural History Museum includes Museum of Geology, Museum of Zoology as well as a Botanical Garden. It is Norway’s largest collection of natural history.

Museum of Geology includes minerals, precious metals and meteors, plus an impressive set of dinosaur skeletons. Moreover, in Museum of Zoology, you can see a lot of images of Norwegian animals. The most beautiful part of the museum is the Botanical Garden. This museum was founded in year 1814, and consists of 7500 different plant species from Norway and other parts of the world.

This museum displays life and artwork of Norway’s most famous and greatest painter, Edward Munch. Munch Museum contains a huge collection of paintings, graphic and watercolor paintings as well as sculptures of the life of this great artist. The museum contains 2800 artworks and personal equipment.

Oslo Opera House hosts Norwegian National Opera and the National Theater It has about 1364 seats and can be visited by tourists.

Opera House, clad in Italian marble and white granite, is the largest cultural structure in Norway. In addition to the various shows in the collection, visitors can participate in a variety of public events and enjoy walking on its rooftop.

The August festival is held in Oslo every year, featuring numerous music concerts and bringing together people from around the world. Music will be played at the unique Akershus Fortress with Oslofjord. The Oslo Jazz Festival is also held in some months and occasions and is another great festival with its own fans.