Indonesia is located between India and the Pacific. If you are seeking to find the best beaches in Indonesia, then there are plenty of places available to you. This country has over 18,000 different islands. one of the most famous islands in this area is the island of Java. Other islands found in the country will also be worth a visit. Most of these islands are still uninhabitable. These islands host beautiful beaches, attractive volcanoes and great touristic destinations. 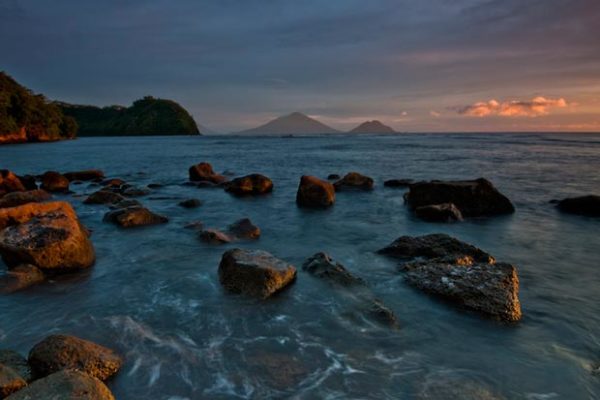 The Maluku Islands, also known as the Spice Island, was the first place where Indian nutmeg, cloves and some valuable spices were grown. Most visitors today are unaware of such islands. Since the spice trade is so common in Ternate, the island hosts many castles that have now been demolished. People who are interested in history will definitely enjoy the trip to the area.

On the East of Bali, there is a beautiful island famous as Lombok. The island is very popular and hosts several small towns. The largest city in the area is Mataram, where you can find a beautiful, eye-catching 18th-century palace there. Also in this area you can find Taman Narmada which is a Hindu temple that has been transformed into a park where travelers can relax in there. The island has one of the most beautiful beaches in Indonesia. Also, it hosts KUTA which is a beautiful and eye-catching beach where you can enjoy a variety of activities.

In the southernmost corner of Indonesia there is Sulawesi Tenggara Province, which hosts Wakatobi Island. This small archipelago is famous for its diving scene. Also, the island is known as best diving beaches in Indonesia. Most locals chalets and hotels are available to visitors. Two cases of the best areas in the Wakatobi archipelago for diving are Pulau Tomia and Pulau Hoga.

Bangka-Belitung Islands near Coast of Sumatra

Along the coast of Sumatra there is an island called Bangka-Belitung. These islands are a great place for people looking for beautiful beaches in Indonesia. Most of the beaches in this area are long and there is not a large concentrated population. You can enjoy the clear and clear water here. Also, you can explore some 19th century Dutch lighthouses in this area.

To the south of Maluku you can find Banda Islands. This Archipelago is known for its many spices. For many centuries, various spices, such as nutmeg, have been sent to other parts of the world. Banda was ruled by the Portuguese, Dutch and even English before. Moreover, you can hike, visit the sea, and enjoy grilled fish in this island.

One of the lesser known islands in Indonesia is an island called Flores. This island is definitely one of the the most beautiful scenery in this area. Although you can do a lot in this area, from here, you can reach Komodo Island. This is an attractive area for travelers to visit Komodo National Park. On Flores Island, you can see attractive lakes that change color due to its chemicals and minerals.

In the northernmost part of Sulawesi there is an island called Bunaken. This island is a great destination for people who want to visit Bunaken National Park. Bunaken National Park hosts more than 70 percent of the fish species and attracts many enthusiasts. People who are skilled swimmers and divers can enjoy scuba diving in this area. However, diving into shallower coral reefs is also possible for other people making it another ne of diving friendly beaches in Indonesia. After a day of activity, make sure you enjoy local drinks.

Gili Island off The Coast of Lombok

One of the most popular tourist destinations in this country as a whole is a place called Gili Island. You can find off the coast of Lombok. The largest island of Gili is famous as Gili Trawangan and it has one of the best beaches in Indonesia. Also, it is the best place for diving and practicing yoga. Moreover, the island of Gili Meno is known as the most romantic island in the area and is used as a honeymoon destination. The third island is called Gili Air, which is popular with divers.

In the area of Papua of Indonesia, there are of Raja Ampat islands. Although there are more than 600 private islands in Indonesia that make up Raja Ampat, the largest islands are Waigeo, Misoo Bantanta and Salawati. These islands are known for their biodiversity. This makes these areas great for diving and bird watching where you can see different species of birds. These islands host beautiful, eye-catching beaches with shallow water.

It can be said that Bali is truly the most popular and the most well known island in Indonesia. Although overcrowded during some seasons of the year, it is still the best island to visit in this country. Bali, also known as the Island of the Gods, has many landscapes, incredible beaches and superb Hindu culture. One of the most fascinating areas on the island is the city of Ubud. This city hosts monkey forests as well as some of the best beaches in Indonesia.

While in Bali, you can explore Hindu temples, hike near the volcano, or take a closer look at the rice fields. Sightseeing, boating, fishing, yoga and diving are just a few of the many fun activities you can enjoy doing on the beautiful island of Bali.

If you are visiting Bali, check out best Bali hotels to get the best location while staying in this beautiful island. These place offer great view of rice paddies or the amazing view of the sea. Most of them are luxury residences, however, at time they do not cost very much.