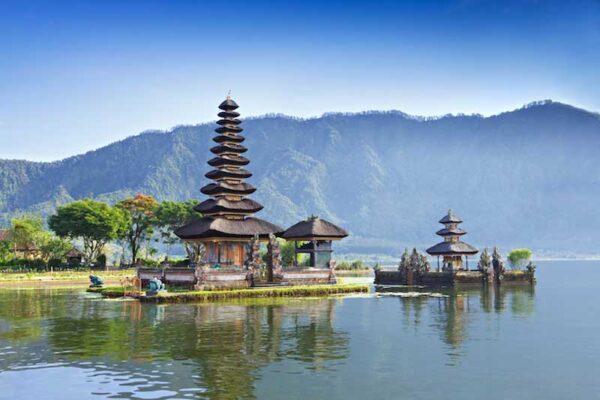 The Most Beautiful Temples in Indonesia 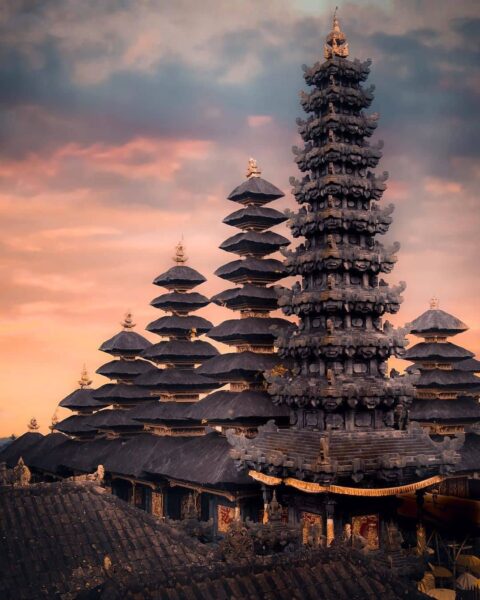 Bali is one of the 17,000 islands of Indonesia. The island is still Hindu, in a majority Muslim country. Pura Besakih is the largest, the most important and sacred of temples in Indonesia for the Hindus on this island. This temple is located at a height of 1000 meters (3300 feet) on the slopes of Mount Agung in the eastern part of the island. There are 23 temples associated with the Pura Besakih, but be sure to visit the largest and most impressive Pura Besakih Agung temple. The best time to visit Pura Besakih is during dry seasons from April to October months. 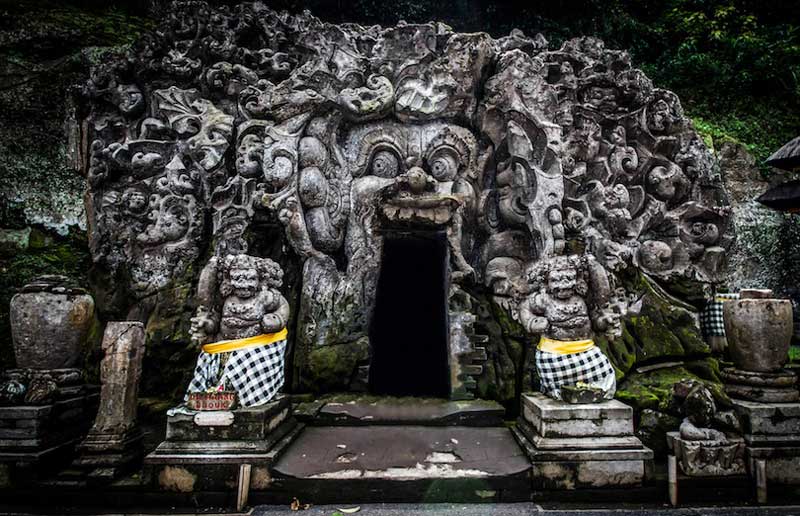 Decorative cave paintings in Goa Gajah will be seen just south of Ubud in Bali. After a long walk, you enter the sacred area from the parking lot and you are asked to buy the necessary temporary rosary. You can buy lingerie or wait for a free sarung, which is considered part of the entrance fee.

The cave is particularly attractive with threatening figures carved on their faces. Inside, you will find sexual paintings such as the phallic and ionic Shiva symbols. The swimming pools in front of the cave, with beautiful statues of women, were discovered in the 9th century. Moreover, Goa Gajah entrance fee is at IDR 15,000 for adults and opening hours are from 9am until 5 in the evening. 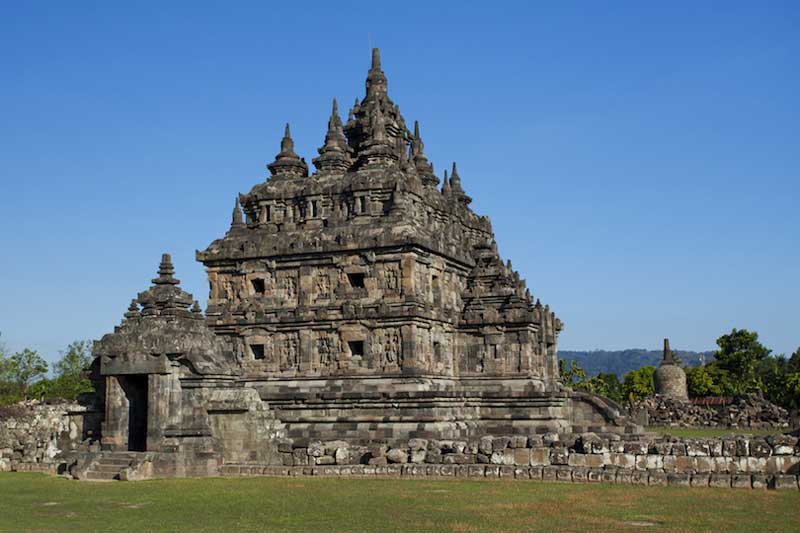 After visiting this temple you will find that the Muslim locals are celebrating this temple despite this being Hindu Buddhist shrine. The main attraction in between the Perwara Temple is the twin temple viharas or the main shrine building. These two sacred buildings are the most prominent multi-storey structure in all of Java. 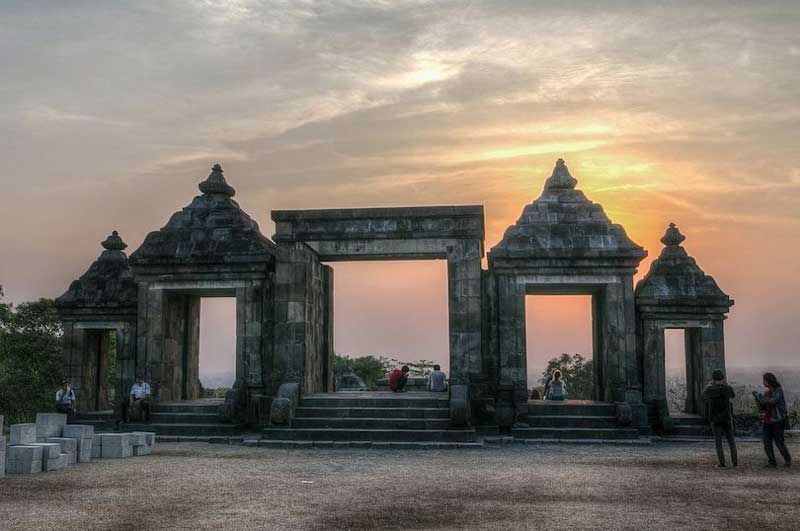 Real ruins of Ratu Boko Temple are found on the plateau surface. Water and heat have destroyed this temple through time. The remains of the structure indicate that the site was the castle or palace of the royal families or the kingdom of Sailendra or Mataram. There is a broken stone outer wall, a dry brick wall, and a guard room at the highest point in the area. If you head to the summit, you’ll enjoy a panoramic view of Mount Merapi. The sunset views are stunning from that sight. Current Ratu Boko ticket is at IDR 40,000 which can be paid to tours or at the entrance and its half-priced for children. 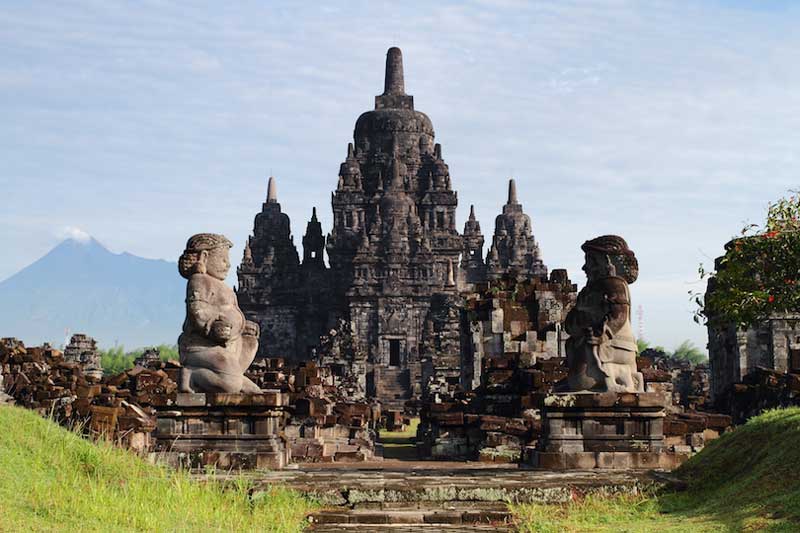 The largest Buddhist temple in the center of Mahayana sect is the Sewu Temple. Around the central temple, there are four rings comprising four smaller temples dedicated to different gods. The Sewu Temple is the second Buddhist temple in Java, about a mile from the Hindu Prambanan Temple. A close look shows that ancient Hindus and Buddhists lived in peace. The large entrance to the main temple to the east contains an inscription that has existed since the year 792. The Sewu Temple was one of the most important active religious temples in Java that started in the eighth century. 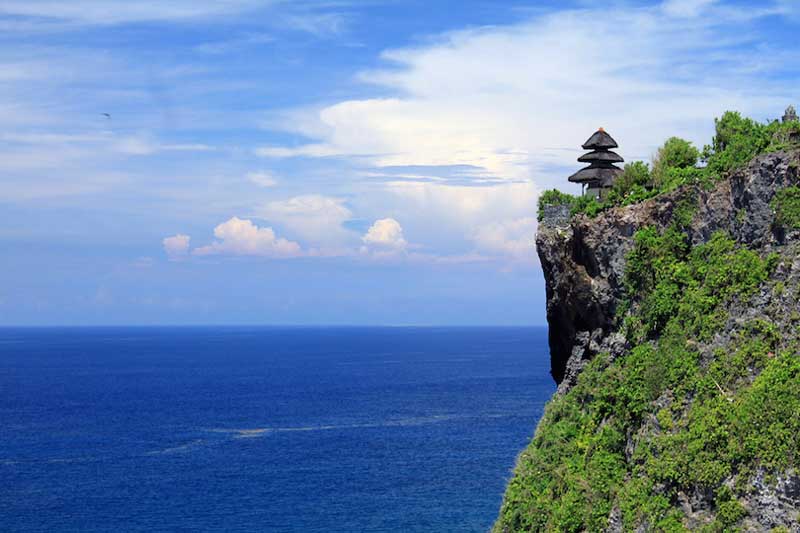 This temple is on a cliff above the sea. Uluwatu is one of the growing areas for tourism that attracts young travelers to beautiful beaches and the nightlife over the rocky mountains. Those looking for a party can stay in Pura Luhur Uluwatu. One of the four main temples in Indonesia is Pura Luhur Uluwatu, which protects the island. It is a small temple, but dramatically built. The temple is 70 meters (230 feet) above the South Seas. Also, the sunset is beautiful in this area. The recent Uluwatu Temple ticket is set IDR 50,000 for per individuals.

The cool and foggy weather calms travelers up the central mountains of Bali. Here you will find Lake Bratan among the peaks housing one of the most unique and beautiful temples in Indonesia. The Ulun Danu Beratan Temple has served the Hindu inhabitants of the area by the beach for the past 1633 years. This temple was built to honor Danu, goddess of lakes, rivers and waters. The Goddess and Lake Beratan deliver agricultural products through irrigation canals. You expect to drive for almost an hour either by renting a car or a scooter to get to this temple and the current Ulun Danu Beratan Temple entrance fees are IDR 10,000 per person. 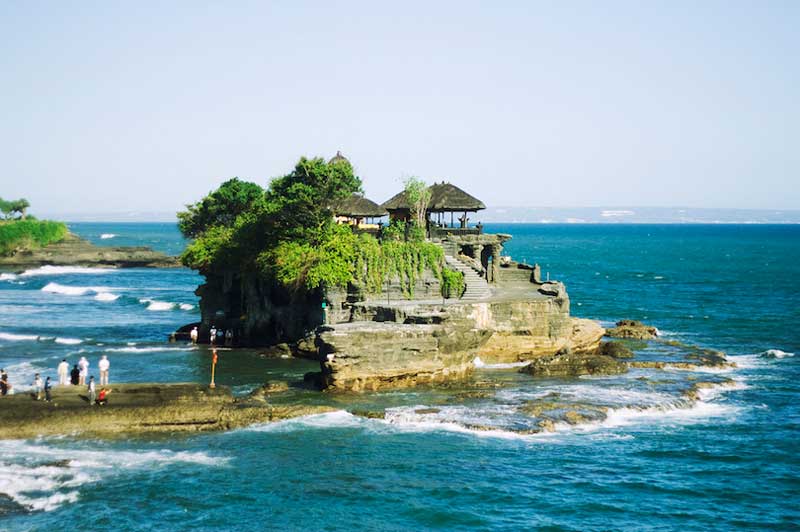 The Temple of Tanah Lot, another one of iconic temples in Indonesia, attracts many visitors each year. The shrine is west of the four main Bali temples. In fact, you can see the southern Pura Luhur Uluwatu in the rocks on a clear day. The temple is located on its own island and is only accessible during the tide. This is the best area for photography on the island, especially at sunset. 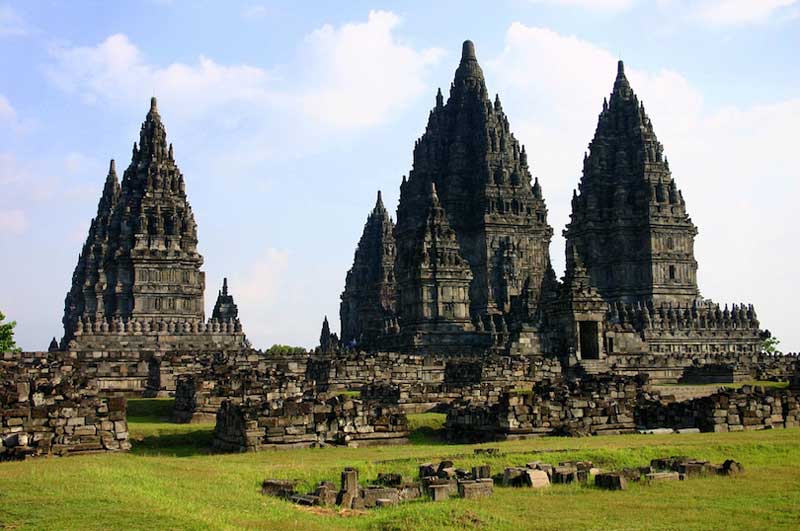 The largest one of Hindu temples in Indonesia is located in the middle of Yogyakarta. This temple is a Hindu masterpiece, this unique temple is still being rebuilt. In fact, the first thing you see when hiking in Prambanan Park are the scattered stone ruins of the outer temple. As you head towards the center of the temple, you will see eight large temples and eight small temples. The temple remains from the 19th century. The recent Temple Prambanan admission fee is at $25 per individual. 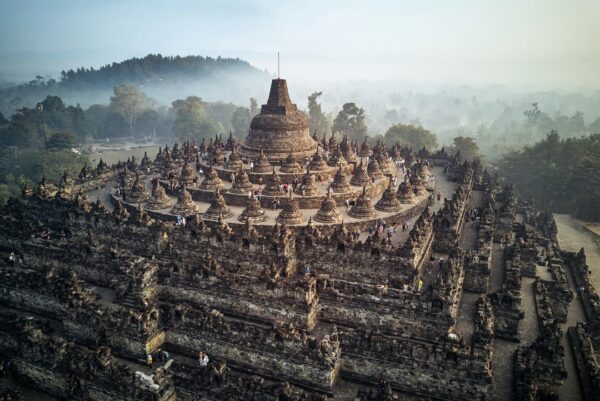 This temple in central Java is the largest Buddhist temples in Indonesia and in the world. Borobudur survived the Gunung Merapi volcanic eruptions, terrorist bombings and 2006 earthquakes. It is like a pyramid carved with walls reinforced from the bottom and five stories high. Moreover, in fact, the central dome is represented by three impressive Buddha statues. Perhaps the most important thing about the monument is that it was built by hand in the ninth century. It seems that this temple will remain forever.

Also, other than temples, there are very amazing islands of Indonesia surrounding the this peninsula where tourists can spend some time enjoy its soothing weather and turquoise water during the summer season. These island and beaches are good gateways after exploring Indonesia’s historical and cultural temples.