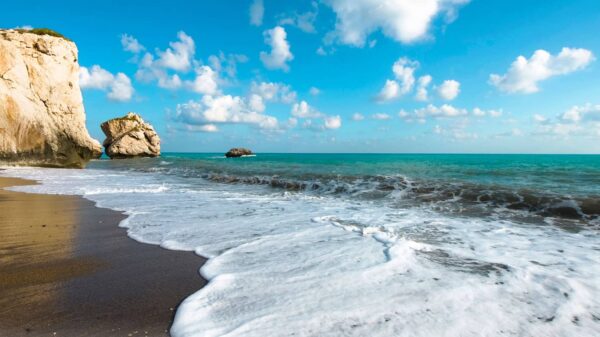 Paphos is one of the most beautiful areas of Cyprus. This city is suitable for water sports and there are a few water parks in Paphos that tourists and families can visit and enjoy spending some time in them. Paphos International Airport is located 7 km southeast of the city center and is the second largest airport in Cyprus. There are suitable facilities for transporting passengers to different parts of the city as well.

Moreover, Paphos is located in the southwestern part of Cyprus and is the capital of the province of the same name and one of the most important ancient kingdoms of the island. Among other things, it was also famous as a center of worship of the goddess Aphrodite, since according to mythology it was the place from which she emerged.

It is the sixth largest province of the island and is divided into two parts, upper and lower Paphos. Upper part, also known as Ktima, is the commercial center of the city, with the old town and all the important buildings of the area, while lower Paphos is located along the beaches and is the city’s tourist destination par excellence. As in the whole island, in this area there are several archaeological sites, which are under the protection of UNESCO.

When you visit Paphos, the only thing that is certain is that you should not miss the beaches. This province has a huge coastline, on which you will find 27 beaches and a few water parks in Paphos. The most beautiful of them is considered the Coral Bay. It is an organized beach in the area of ​​Pegeia, which even holds a blue flag certificate. It is easily accessible by all means of transport and there are accommodation to rent and stay in the surrounding area.

The Akamas Peninsula is one of the most beautiful natural spots in Cyprus. So I suggest starting from the area of ​​Pegeia, just above the Coral Bay to admire the impressive sea caves , which make the scenery seem idyllic. Continue to the white sand beach of Lara , where if you are lucky you will see up close huge turtles living there hatching their eggs. Also, make sure not to miss the Avakas Gorge Nature Trail, which for many is the most impressive on the entire island, and the Kremiotis waterfall in Kritou Terra. The Baths of Adonis are also of particular interest with their impressive waterfalls. 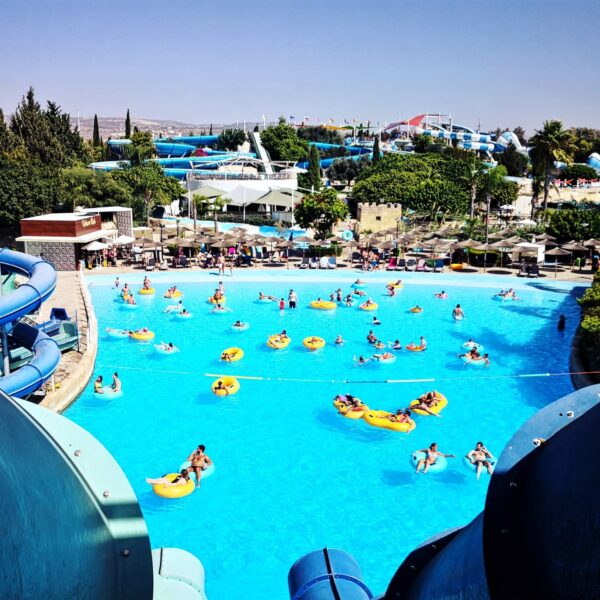 Paphos Aphrodite Waterpark is in fact the most famous one of water parks in Paphos. This park has various slides and pools and offers a historical theme from the time of ancient Greece. Also, the presence of various sculptures from Greek mythology has given this park a special charm.

Moreover, Paphos Aphrodite Waterpark is the best equipped and largest water park in Paphos and is one of the best tourist attractions in Cyprus as well. Tourists can head to Kato Paphos on the coastal road to arrive here. The good thing is that this park is easily accessible by local cars and buses. Furthermore, Aphrodite Waterpark is good for all ages and both children and adults can spend some memorable time in there.

Splash Waterpark actually belongs to the Leonardo Laura Beach & Splash Resort in the Chloraka area. This park is the second best of water parks in Paphos and a good place for children of all ages to spend some time in there. It is good to know that Splash Waterpark is accessible for both hotel guests as well as outside visitors. They have many rides and slides here which some of the best ones are Kamikaze Free Fall, Float Slide as well as Multi-Lane Mat Racer. Also, there is a height minimum of 120cm if you want to use the slides here.