Egypt with a rich history dating back to ancient civilizations, and there lie many attractions of Ancient Egypt which every tourist needs to see and explore at least once in a lifetime. This area is considered to be as the oldest attractive place to visit in the world. The temples and pyramids that inspire Egypt illustrate the imagination of travelers to this land.

Although most people come to visit antiquities, however Egypt natural attractions attract many tourists as well. The Red Sea coast is known for its coral reefs and beach resorts. Tourists have fled the country ever since the revolution in 2011, with the advent of counter-revolutionary trends. This has also caused more Egypt tourists attractions to be free of congestion and can be easily visited.

Other than these historical sites, there are other tourist attractions in Egypt that you can visit. Others include more modern and some of the world famous spots in the world. Make sure to allocate enough time to see them all since you might not get the chance to do so again. 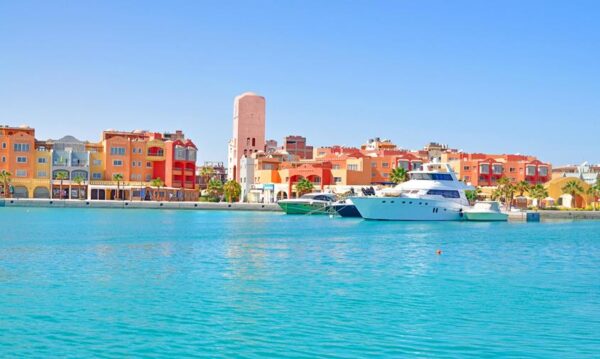 Hurghada is a small fishing village located by the Red Sea with sandy beaches that was a busy hub n the ancient Egypt. Today, this beach resort cannot be known for its past. It is because it is becoming one of the great tourist spots. In fact, it has become a major tourist attraction where tourist come here annually. It has more than 100 hotels, most of them are located just off the coast. Hurghada is especially popular for diving.

2. Alexandria on the Mediterranean Coast 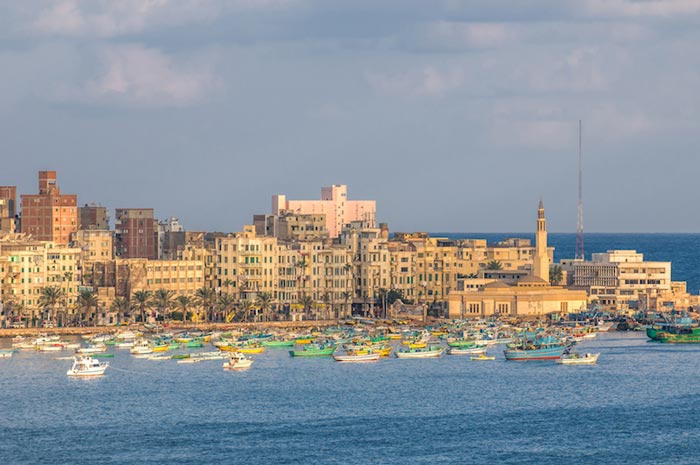 Alexandria is located on the Mediterranean coast and it is considered to be Egypt’s central commercial and transportation hub. The site was founded by Alexander the Great in 331 BC and was regarded as the crossroads of the world in ancient Egypt. Many of Alexandria’s most famous historical sites, such as the library with more than 500000 books, were destroyed by devastating earthquakes in the fourteenth century. Today, the historic glory of the city has faded a bit, but still for the sake of the existence its cultural attractions and rich history , this place worth a visit. 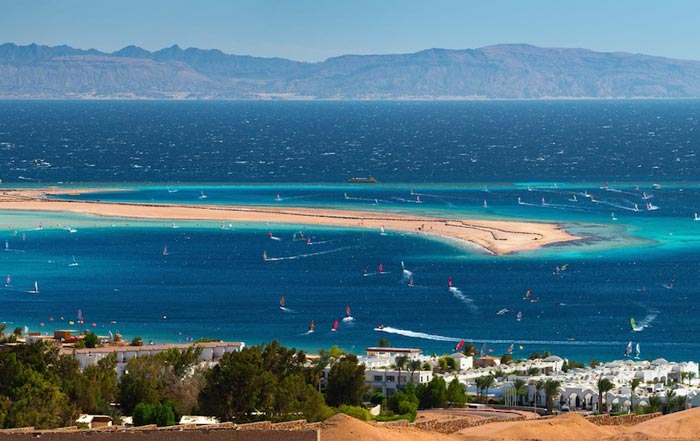 Dahab is located 85 kilometers north of Sharm el-Sheikh, in the Gulf of Aqaba and at the south of desert of the Sinai Peninsula. The place was initially considered a secluded area ancient Egypt. However, in the year 1980 it became a cheap hub for tourists and travelers. The combination of the Red Sea and the Sinai Desert has made Dahab an ideal place for surfing, diving, rock climbing. 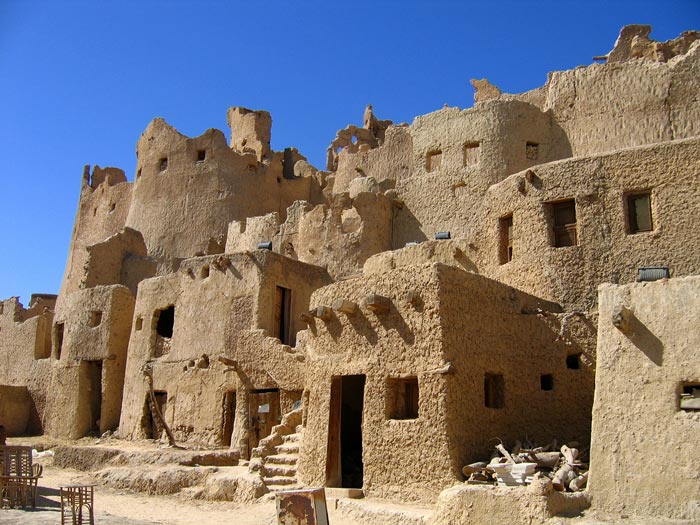 Siwa Oasis is located near the western border of Egypt and up to 19th century was was culturally isolated from rest of the country. Today, Siwa Oasis is one of popular tourist destinations of this area. Most tourists travel to enjoy the city’s fresh water springs, salt lakes, strolling along palm trees and visiting the monuments made of flowers. 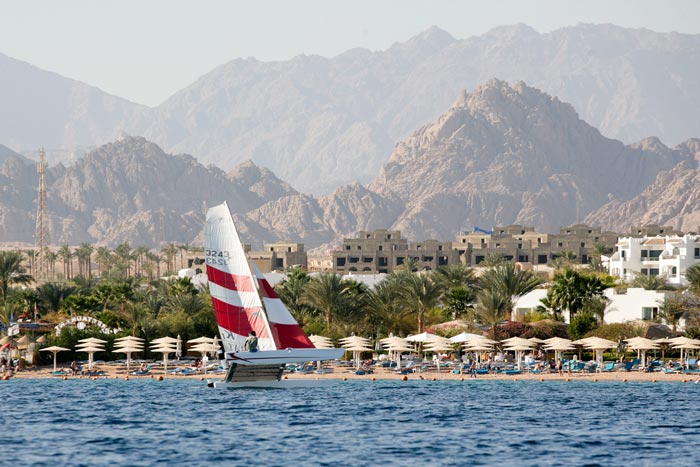 Sharm el-Sheikh is a popular seaside resort in the southern part of the Sinai Peninsula. The area is famous for its various holiday activities. This area is the best spot in the world for diving as well. You can plan different tours based on camel, jeep or bicycle trips in here. Some of the most popular activities in Sharm el-Sheikh include diving, traveling to Mount Sinai and visiting the monastery of St. Catherine.

6. Dahshur Desert on the West Bank of the Nile 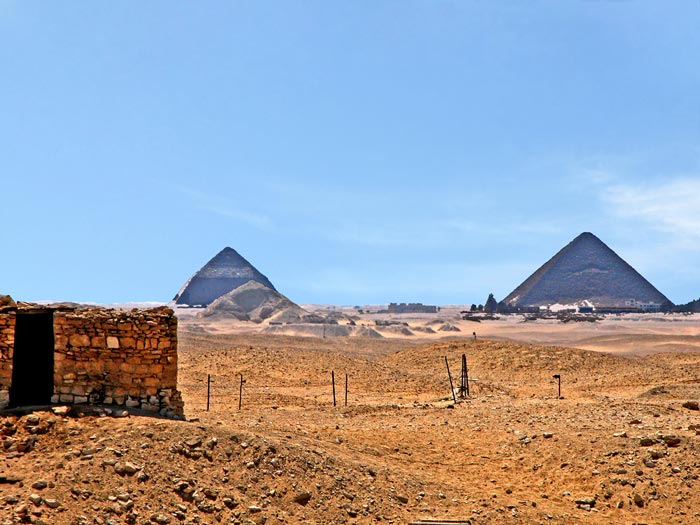 Dahshur is a cemetery located on the west bank of the Nile and about 40 kilometers south of Cairo. Compared to Giza and the Saqqara Necropolis, this is a quiet place where you can see some great pyramids in there. The number of visitors to the area is very small. The arches at Dahshur include bent pyramids and red pyramids built during the reign of Pharaoh Sneferu.

Aswan is the southernmost city of Egypt and is located to the north of Lake Nasser. Although the monuments in this area are limited compared to Luxor, Aswan is a base for sightseeing of the temples of Philae, Kabasha and the Temple of the Sun of King Ramses II in Abu Simbel of ancient Egypt. This temple is also the best starting point for sightseeing of the area to find other temples like the temples of Edfu & Kom Ombo, between Aswan and Luxor.

8. Cairo City Near Pyramids of Giza 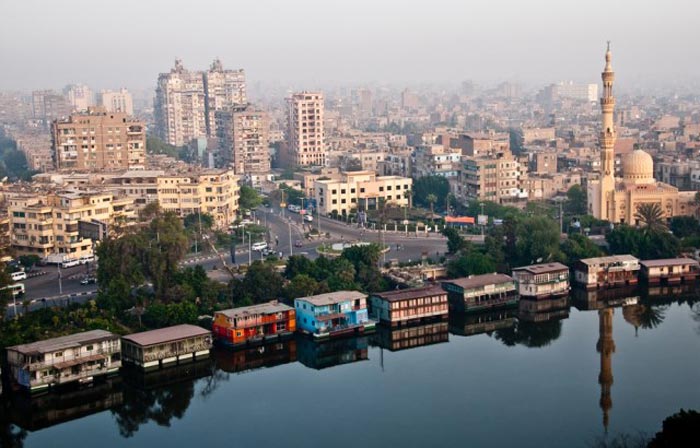 Cairo is situated near the opening of the Nile Delta and it has a rich and profound history. This city is built near the ancient capital of Memphis and is the best place to start a cruise trip on the Nile and visit the Pyramids of Giza. At the renowned Egyptian Museum in Tahrir Square, visitors can see a close-up of the Tutankhamun sarcophagus as well as some mummies and other artifacts from Egypt’s ancient past. 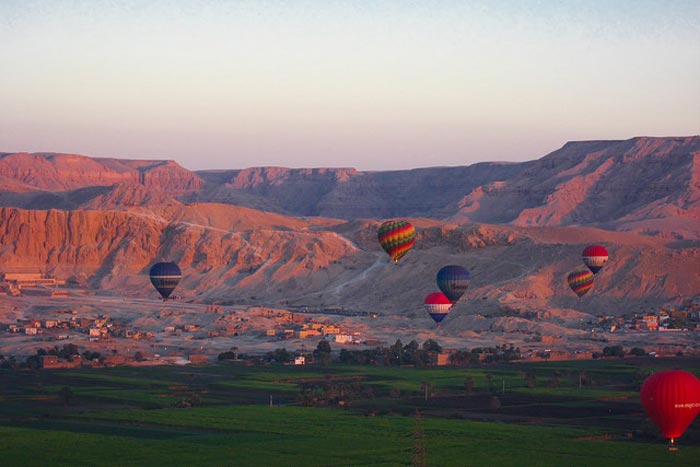 A thousand years after the construction of the Great Pyramids, a new kingdom emerged in Egypt. then, the power was transferred from the ancient Egypt capital of Memphis to Thebes in the south. Luxor is the best place to visit in Egypt for unique temples such as Karnak and Luxor. Also, this area has an ancient royal tomb of the Valley of the Kings and the Queen which is a spectacular desert and river scenery for many tourists.

10. Giza Necropolis the Place to See the Pyramids 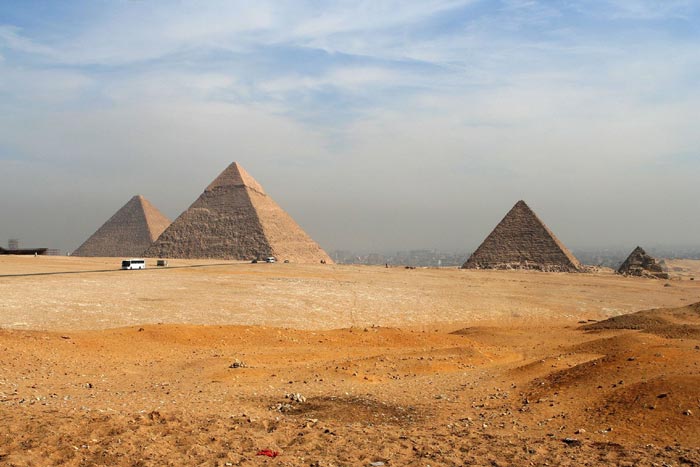 Giza Necropolis is located in the vicinity of southwest of Cairo and it is probably one of the most famous sites of the ancient Egypt. The pyramids, along with the Sphinx sculpture at the base of the Giza Plateau, display a symbolic image of Egypt. The pyramids were built over three generations by Khufu, Khafre as well as Menkaure. Alongside these large and massive monuments, there are a number of small structures as well. They are famous as the Queen’s Pyramids temples.