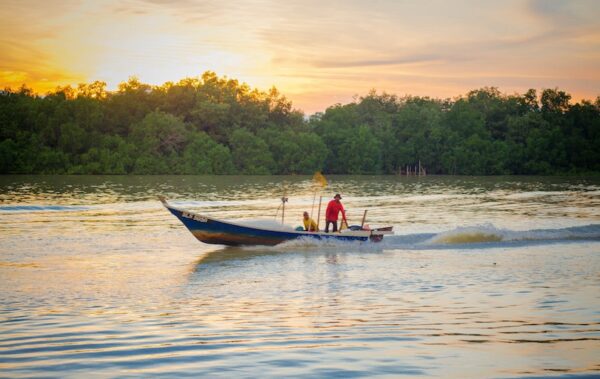 Kuala Lumpur is the capital and largest city of Malaysia. Today it is known as the center of ancient and modern cultures and many world languages. From spectacular city skyscrapers and twin towers of Petronas to large shopping malls like Bukit Bintang, this city has a good variety of attractions for every taste. For those traveling from other countries, there are some great attractions to see.

Genting Heights is a beautiful amusement park that can be reached by cable cars.

This beautiful park is set in the tropical hills. Guests will be surprised to see such large selection of hotels and eye-catching accommodations.

One of the five hotels in the area is a world class hotel which is considered the largest hotel in the world. The venue hosts a variety of oriental shows, concerts as well as nightlife.

If you are interested to enjoy Kuala Lumpur further, you can enjoy their tasty cuisine. There are many fine dining restaurants here, however you should try 5 Cheap Places to Eat in Kuala Lumpur if you are on a budget.

Since 2012, almost all Malaysian government ministries are located in this city. It is the governmental capital of the country, while Kuala Lumpur is known as the capital of Malaysia. Visitors can observe the embassy buildings and see governmental works in person.

From the magnificence of the Putra Mosque to the spectacular Putrajaya garden, the city offers a rich cultural experience for thousands of government employees as well as travelers to exploring the area.

Fraser’s Hill is a hillside resort located on Titiwangsa Ridge in Malaysia. The area contains seven peaks and a forest that is considered one of the most beautiful landscapes in Southeast Asia.

This ancient forest is famous for its variety of bird species. Golfers can also find excellent courses in the area. This area is a popular destination for native Malays and Singaporeans. These people like to walk in the area and enjoy the beauties.

It is about an hour drive from Kuala Lumpur. Since colonial times this area has been busy and was used as  a coal and tin export port. Recently several refineries have been added to the area and its commercial importance has increased. Despite this, the beaches in this port are white, warm and clean. The beachfront rooms are still new and visitors can rent these places at a good discount price.

One day trip from Kuala Lumpur to Kuala Selangor Natural Park is a great experience. This area is a good example of wetlands properly preserved throughout Asia. This park is home to endangered Milky storks. Herons and monkeys can also be found in the area. There are fireflies along Selangor River that will surprise and awe visitors. Nothing like a boat trip can showcase the beauty of this area.

This shelter is located within the Krau Game conservation Area. This place was built to save the lives of elephants used by people for agriculture. The center also serves as a training area where visitors can learn more about feeding and bathing elephants. It is only two hours away from Kuala Lumpur.

It is just 5 km from Kuala Lumpur and hosts eye-catching caves. In the nineteenth century a small Hindu temple was built in a large cave and later became known as the Temple Cave. There is a huge golden statue of Lord Murugan in front of this cave.

At the top of the stairs, visitors can find three large limestone caves along with a small cave filled with Hindu statues. Tourists and visitors can bring bananas and peanuts to the monkeys in this area.

Malacca is an old city that was originally the capital of a powerful Malay kingdom. The city was formerly colonized by Portuguese, Dutch and English. Most of the buildings in this city are a beautiful blend of colonial architecture as well as Asian colors.