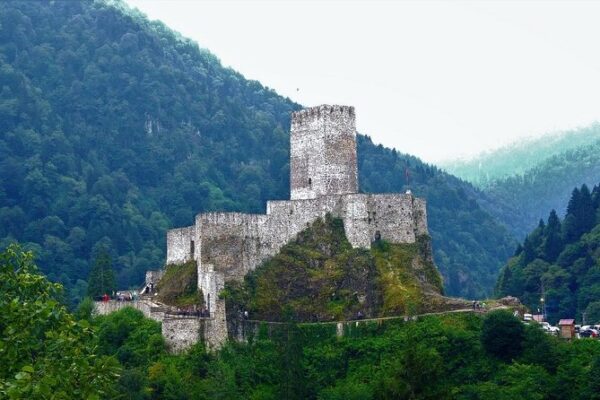 Eastern part of Turkey is a rugged region with many rich historical heights where tourists can see many attractions in Eastern Turkey. The country has many spectacular historical monuments, attractions and many popular tourist attractions. Eastern Turkey has borders by Iran, Armenia, Georgia, Syria and Iraq, and on the southeast by two mighty rivers, the Euphrates and the Tigris. This is the place where you can see the great Mesopotamia, known as the cradle of civilization. The attractions of eastern Turkey with its beautiful snow-capped mountains, huge rivers and vast catchments are one of the most beautiful places you can visit and travel. 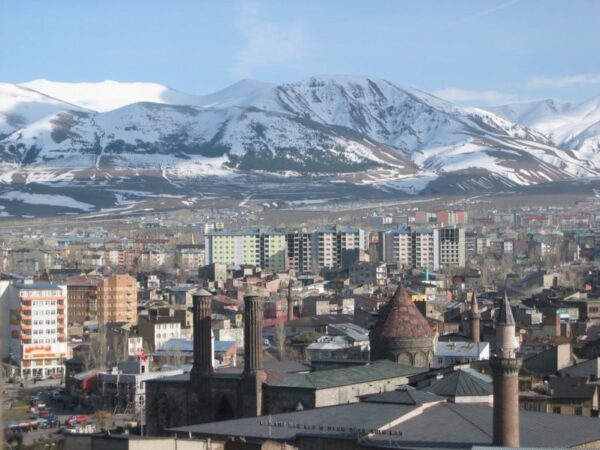 If you have a land trip to Georgia via Turkey, you have to go through this city. Erzurum is one of the oldest cities in the east of Turkey. Some of the historical attractions of the historical tribes that lived in Anatolia, such as the Cifte Minareli Medrese and its citadel, are located in this city. This religious school dates back to the 13th century. You will even find the remains of medieval historical monuments in this city. Whenever you get tired of seeing the attractions of eastern Turkey in the city of Erzurum, go to a café and refresh yourself with latte cafes and delicious sweets.

Ani located in The Province of Kars 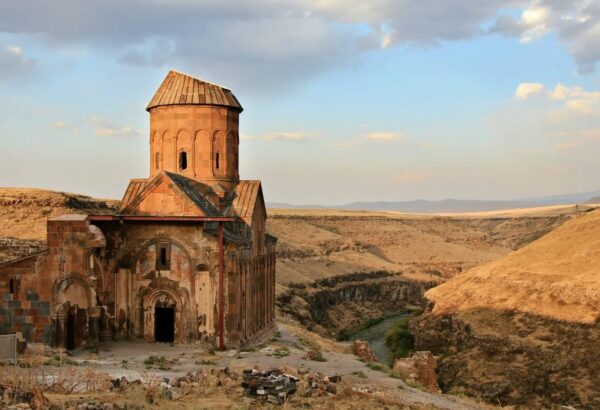 Annie is the name of an ancient city by the valley and a gorge of the same name. The city was very prosperous in ancient times and played an important commercial role in its time. That is why it is one of the most populous ancient cities. In fact, it is known that the city had about 5,000 churches, many of which are now in ruins. This city and its ruins are one of the most attractive attractions in eastern Turkey, which amazes every visitor.

Dogubeyazit a City with Ancient Ruins 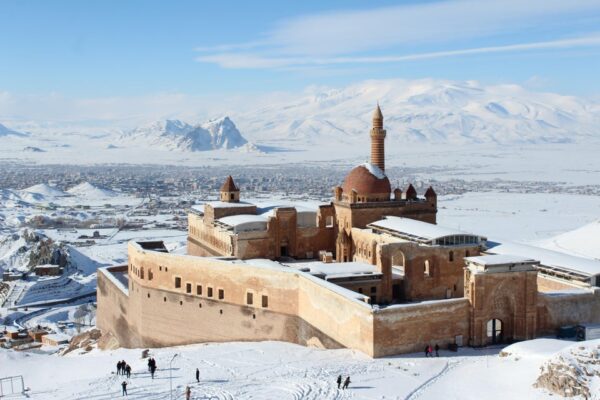 Another attraction in eastern Turkey that can be mentioned nearby is Dogubeyazit. The route from Kars to Dogubeyazit and the ancient ruins of Ani passes through stunning mountains, vast plains and rural areas. You can see the villagers sitting on the roofs of their houses and watching you pass by. 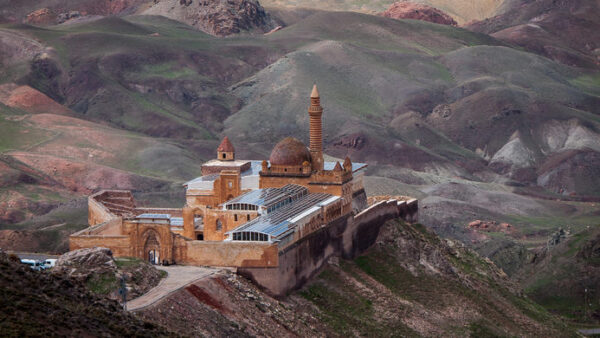 The palace is built on a hill overlooking the Doghobiazit and the vast plain. Ishaq Pasha Palace is one of the attractions of eastern Turkey and dates back to the seventeenth century, which shows the unique Ottoman architecture of that time. The intricate decorations on the walls and castles of this palace are truly commendable. 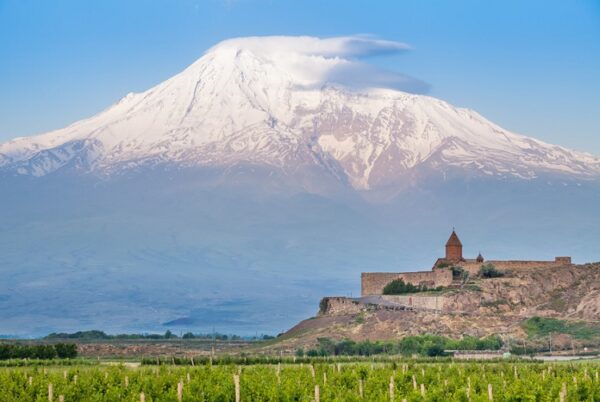 To reach this great mountain, you have to go to the city of Dogubeyazit. Its height is 5,137 meters and it is the largest peak and mountain in Turkey. Moreover, the name of this mountain is very popular among historical monuments. One of the fascinating stories about Mount Ararat is the story of Noah and his ark. Furthermore, it is known that after the Great Flood of Noah’s time, his ark landed on the top of Mount Ararat and landed.

Lake Van in The Armenian Highlands 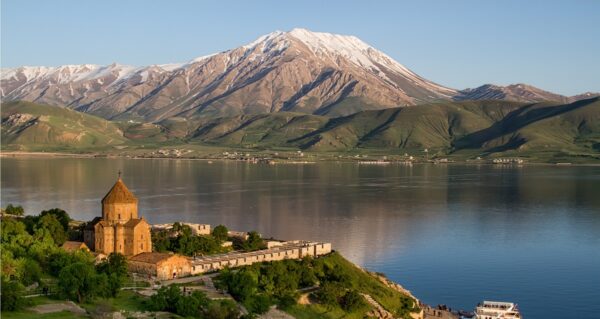 When you visit any part of Turkey, you need to definitely try the local Turkish cuisine. There many many tasty food in Turkey and each region, especially the eastern regions, have their own touches and unique food. The food in this country is diverse and there are many options for any taste.