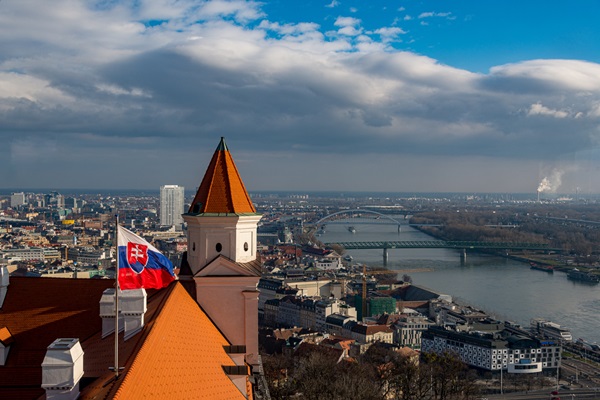 Bratislava landmarks are known for being fewer compared to other capital cities, but there are still many Bratislava Attractions visitors can try exploring. Tourists can walk around the center, take pictures of the main monuments and look at the surrounding buildings. The Bratislava city is famous for its history, colorful streets, cozy cafes, hidden paths and magical places which all worth a visit across all of Slovakia. 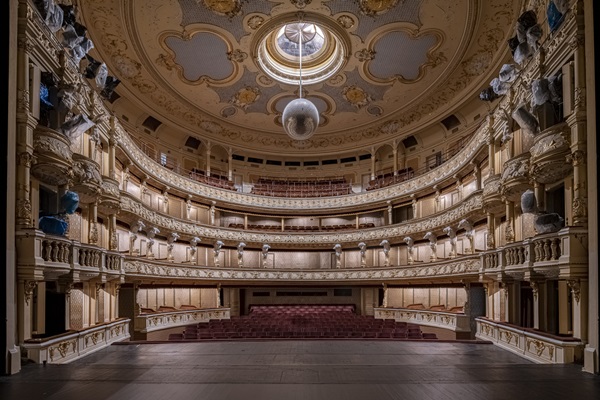 The historical building of the Slovak National Theater is the first place among beautiful Bratislava attractions. This building was built in the Neo-Renaissance style in 1886 as the City Theatre by Viennese architects. In here, there are various statues of famous musical composers, as well as stone children’s figures symbolizing tragedy and comedy by Viktor Oskar Tilgner. There is also a terrace here, which can be accessed from the main living room. From there there is a beautiful view of the entire square in front of the opera house. 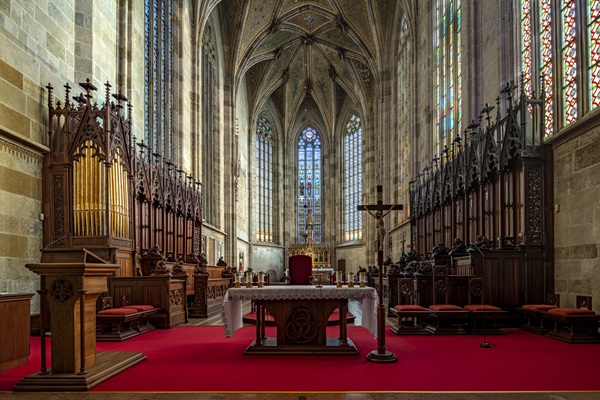 St. Martin’s Cathedral or St. Martin’s Dome is the largest and most important religious Bratislava landmarks near Hviezdoslavovo námestie park. Since 2008, it has been the seat of the Archbishop of Bratislava and has been the most important sacral building of the city and was built on the site of the original Romanesque church. It is located on Rybno námestí, close to Staromestská street from the west.

Bratislava Castle Above the Danube River 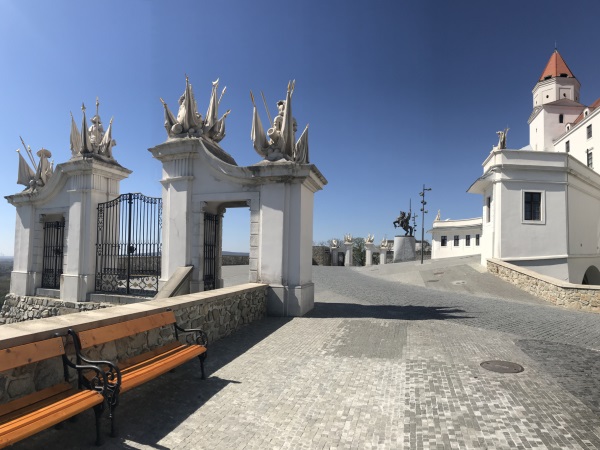 Bratislava Castle is located on a rocky place outside of the Little Carpathians. This is a majestic castle rises above the Danube river, which significantly completes the panorama of the capital of Slovakia. The history of the castle dates back to the period of the Celts and Romans. The are numerous rooms inside the this castle and a large part of it is devoted to art and has a collection of about 3,500 paintings, sculptures and prints by local and foreign artists. Religious artifacts can be seen in one room and portrait paintings of figures such as “Maria Theresa” and “Maria Antoinette” in another room. 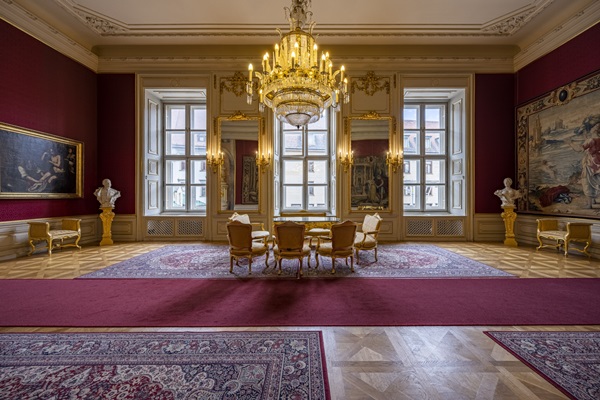 This palace, which was built in 1778 and is located in the center of old Town, is known as one of the most beautiful historical Bratislava attractions available. Its pale pink and white exterior is complemented by marble statues over the building and an iron cardinal’s hat. This hat is a symbol of the archbishop for the people for whom this palace was built and all the cardinals who have lived here over the years.

Moreover, this palace is filled with oil paintings of the Hapsburg royal family, including a painting of the coronation of Marie Therese from 1742. The large and sparkling crystal chandeliers and the walls decorated with English patterned curtains from the 17th century attract the viewer’s attention. Another attraction of this building is the Hall of Mirrors, although this hall was built on a smaller scale than Versailles, it is still admirable and beautiful. 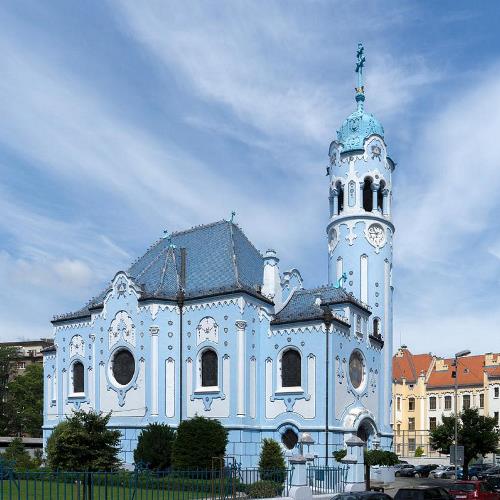 This building is one of the most beautiful masterpieces of ornate architectural style worldwide and one of unique Bratislava landmarks. St. Elizabeth’s Church, or Blue Chapel, was built between 1907-1913 and also has a high school and a priest’s house. This church has a main corridor and a cylindrical tower, and its exterior design is decorated with beautiful and bright blue majolica tiles. Majolica is a kind of native Slovakian tile, made in the city of Mudra in the west of this country, which is also seen in ceiling decorations. This church is located on Bezručova Street, a short distance from the main square. 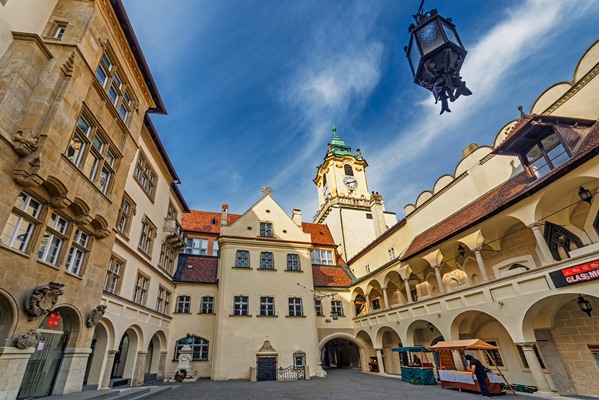 This hall was raised in the 15th century, making it one of the oldest Bratislava attractions, by connecting many townspeople’s houses and then underwent numerous renovations over the centuries. After the earthquake of 1599, the building was rebuilt in the Renaissance style, while its tower was transformed in the Baroque style of architecture in the 18th century. The tower of this building has a defensive nature as a protection against Napoleon’s raids. Interestingly, in the past, the decisions of the parliament, court orders and city council orders were announced from the balcony of this tower. 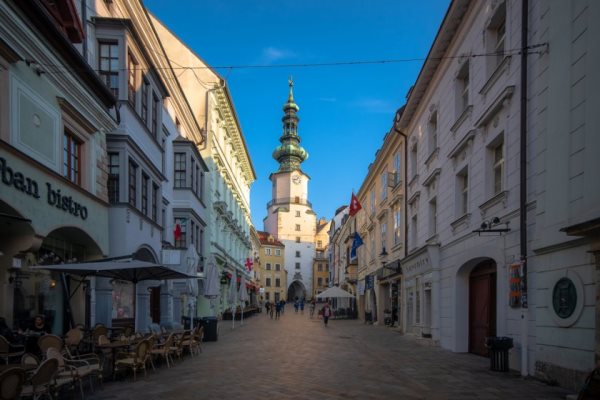 Michalská brána is the only preserved gate from the original four in the Bratislava city fortifications, today one of best kept Bratislava attractions in the Old Town. The construction of this tower finished at the end of the 14th century. This location is named in honor of the church of St. Michal and the suburb named after him, from which the city was entered through the Michal Gate.

Thee is no shortage of Bratislava Landmarks and its immediate surroundings. Even with new constructions there are still many pristine natural beauties which allow convenient access to a natural environment created for everyday relaxation. Here, we take a look at some of the more easily accessible natural Bratislava attractions which are more international tourist friendly. 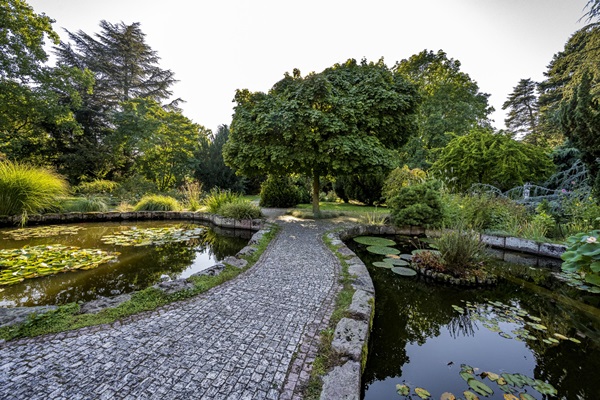 The botanical garden is one of most well-known Bratislava attractions for those who want to get to study the natural life in Slovakia. This garden, located in the Karlova Ves borough and belongs to the Comenius University. There are exhibits available in the garden area are divided into outdoor and greenhouse groups of plants, which include plants of thermophilic vegetation. These arouse the greatest interest among visitors. The mission of the botanical garden is to maintain and expand collections of living plants, educational activities as well as providing professional information to the public. 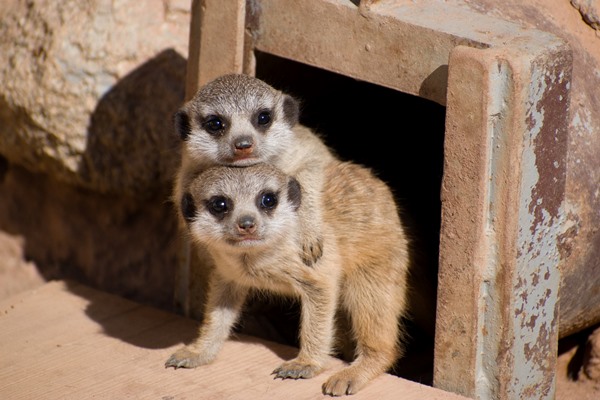 The zoo in the capital Bratislava is one of most ideal natural Bratislava landmarks to spend a pleasant day to see various animals, suitable for children and adults. Located in the Mlynská dolina area, there is a 3D cinema attractive for all age groups, a souvenir shop and some places to ear snacks. There are about 150 species of animals await you here like leopards, jaguars, tigers and lions. Also, from April to October, there are pony rides on weekends available for the young children here.