When you are in Saint Petersburg, try staying in one of the best St Petersburg hotels. Even though the price might be slightly higher, they provide exquisite service and make your experience much better. Seeing these holy place and combining them with excellent accommodation can be a changing trip for all.

Savior on the Spilled Blood on Nevsky Prospekt Street 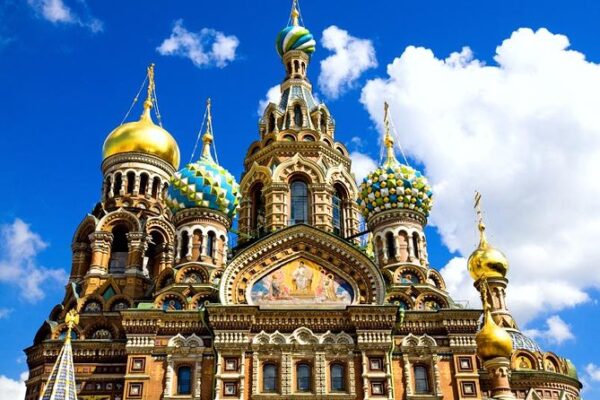 Savior on the Spilled Blood church is located behind the main street on Nevsky Prospekt and is one of the prominent churches in Saint Petersburg built in the early twentieth century. The church was built on the site of the death of Emperor Alexander II in 1881. Despite the fact that city’s architecture is in the Baroque and neoclassical style, this church has the old style Russian architecture.

The interior of this church consists of mainly walls and ceilings that with a huge collection of beautiful mosaics. Also, people believe that this church has the largest collection of mosaics in the world. Its interior decoration includes works of art by Russian artists such as Viktor Vasnetsov and Mikhail Vrubel. 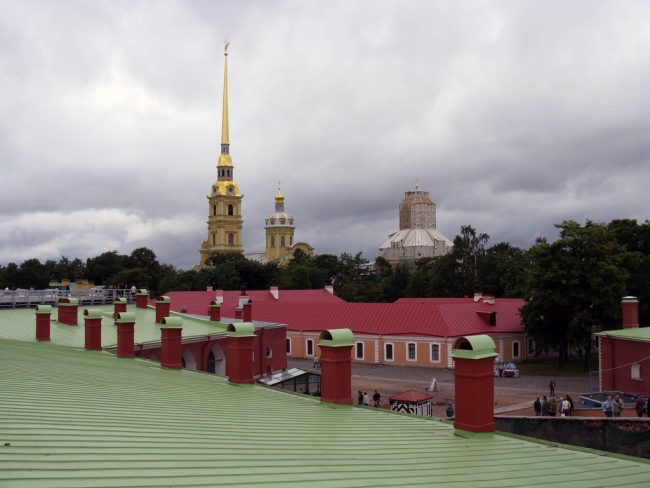 This church is known as one of religious landmark churches in Saint Petersburg. It is no less famous than other churches and it is often overlooked by visitors. The castle, which was actually used as a military base, marks the birth of this city. The church built in this situation is designed in Baroque style and has special beauties.

Inside the church is a large hall with a nave and corridor, which is mainly seen in the architecture of classical Orthodox churches. The treasury is decorated with watercolor paintings on plaster in different colors as well as golden plaster. This cathedral has created a good harmony due to the presence of 12 wide windows. This church is a symbol of the Russian empire time. 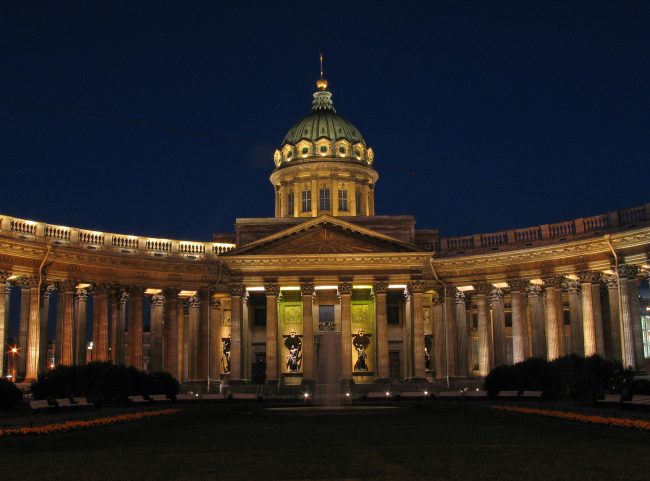 This church is dedicated to Our Lady of Kazan and it is the holiest churches in Saint Petersburg and also in Russia. This church is based on the model of St. Peter’s Basilica in Rome. However, the Russian Orthodox Church has not fully imitated the exact plan because of religious differences between the two.

There are many items inside the Kazan Cathedral and it is highlighted with various sculptures and icons produced by the best Russian artists of previous periods. The bronze doors that attract people’s attention are a copy of the original The Baptistery of St. John doors in Florence, Italy.

Kazan Cathedral is built in the imperial style (reminiscent of the temples of the Roman Empire). Its unique architecture and interior decorations include beautiful sculptures and paintings that give this church good harmony. This church portrays Russia as a united country.

St. Isaac’s Cathedral is a prime example of mid-19th century Russia, with its neo-classical architecture. It is the largest Orthodox cathedral in St. Petersburg. St. Isaac’s Cathedral is also the largest orthodox church and the fourth largest cathedral in the world. Tsar Alexander I ordered the church to be designed and built under the leadership of an architect named Auguste de Montferrand.

The foundation of this church is very stable. The exterior walls of this incredible cathedral are covered with pink and gray colored stones and surround 112 red granite columns around the church. The dome of the cathedral is decorated with pure gold and twelve statues of angels. The construction of this church cost more than one million rubles of gold. After the fall of communism, the cathedral reopened as a museum. 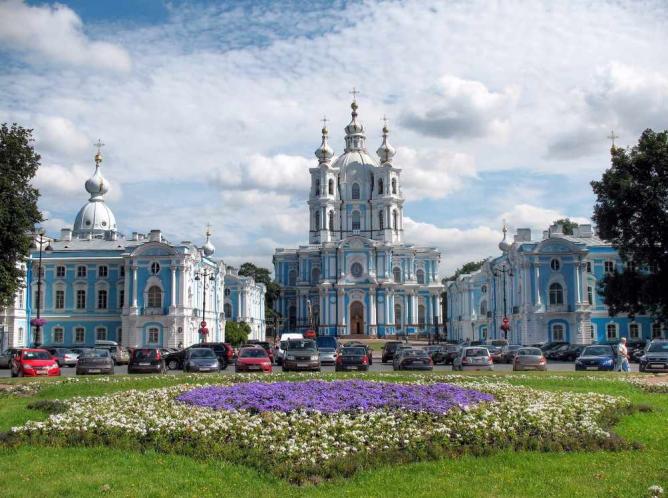 This church is one of the most captivating churches in Saint Petersburg where its beauty increases under the sun. Smol’nyy Sobor was designed and built in 1748 by an Italian designer and architect named Bartolomeo Rastrelli. Also, this architect built the “Winter” Palace and the palace in Tsarskoe Selo.

The purpose of building such a church was to impress Queen Elizabeth who died before the work was completed. That is why the construction of the church remained unfinished. Before the church was completely destroyed, it was handed over to another architect in 1835. The walls and columns of this church are decorated with white marble. Also, the ark of the covenant of this church is made of 81 kilograms of silver. 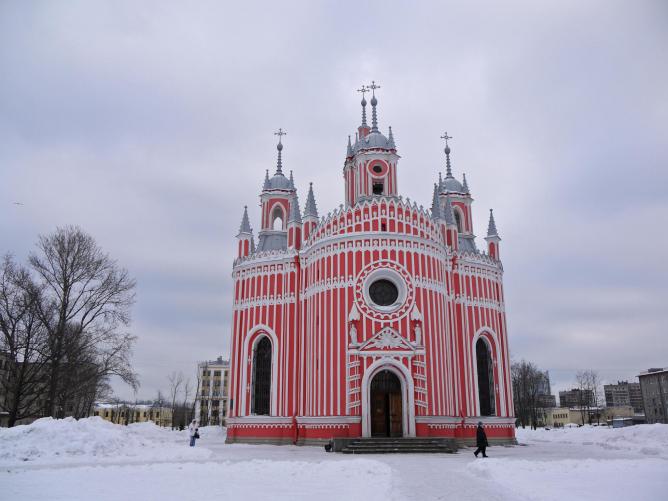 This church is definitely one of the most unusual churches in Saint Petersburg and Russia. The church is located in the southern part of the city, at 12 Lensoveta Street, and was built as a church for Chesme Palace during the reign of Catherine the Great.

The design and decoration of this church, like most Russian churches, is in the Gothic style and. Moreover, this building was designed by a Russian-German architect named Yury Felton. The building is in the form of a pink striped cake with five sharp neo-Gothic domes. This unique church has remained intact throughout the various periods.

The church was built in 1764 replacing a wooden church on Vasilievsky Island. This place was given to the Apostle Andrew, who was supported by Peter the Great. The outer part is decorated with white and pink colors. The inside of the church is more beautiful than the outside. This church is less known than other churches and is often overlooked by visitors. However, visiting this building will be very interesting for tourists.