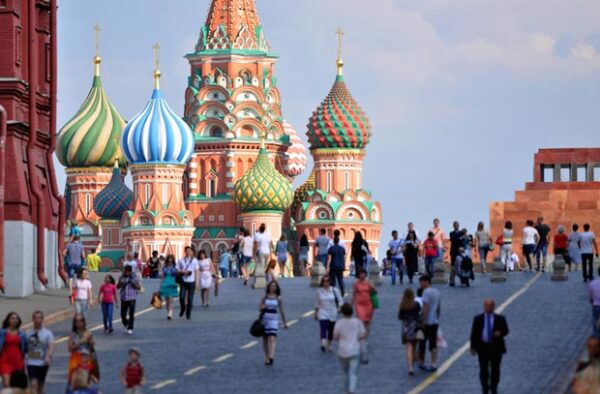 There are many Russia tourist places that you can visit as a tourist. Therefore, to find the best ones, check out the top tourist attractions in Russia mentioned here. Russia as the largest and most powerful member of the former Soviet Union, it is still a great place to visit.

This is a country of contrasts and antagonisms. You can see the large subtropical coasts to the cold winter regions in the north all within this country. East Russia has a smaller population, but there are still cities here that can attract more tourists than the West part of country. Russia has a rich history, and tourists can see signs of this rich history wherever they travel there and visit tourist attractions in Russia.

Yekaterinburg with a Vibrant Cultural Scene 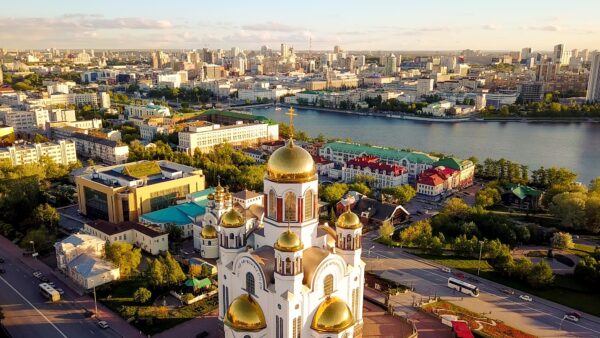 Yekaterinburg is an industrial city in the Ural Mountains and has some of the most beautiful tourist attractions in Russia. However, the area is best known as the site where Tsar Nicholas, Russia’s last tsar, and his family were executed in 1918 during the Russian Revolution. Today’s Yekaterinburg has a vibrant cultural scene, hosting many libraries, theaters and playwrights, dance companies as well as Russian rock bands. Russia’s fourth largest city also has more than 30 museums. One of these museums has the world’s oldest wooden statue which is in the Shigir collection.

Sochi a City with Subtropical Climate 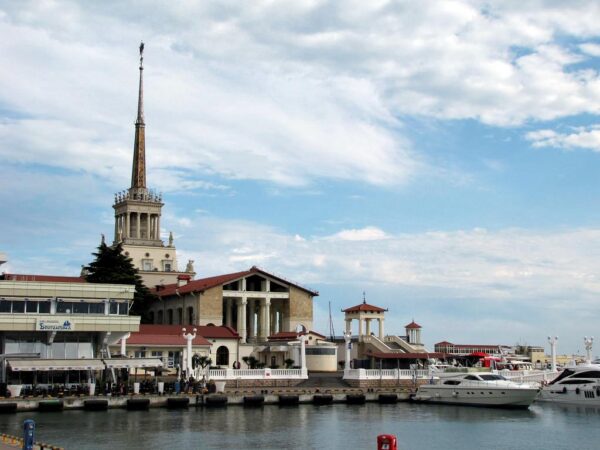 Sochi is a destination for winter sports in the Great Black Sea, and the 2014 Winter Olympics were hosted by this city. In addition to skiing, Sochi hosted the Formula One Grand Prix of Russia and the 2018 World Cup here as well. Also, as for the weather, the city has a subtropical climate and coastal beaches. This part of Russia is the best place to visit in cold winters and hot summers. The city also hosts the northernmost tea plantations in the region. 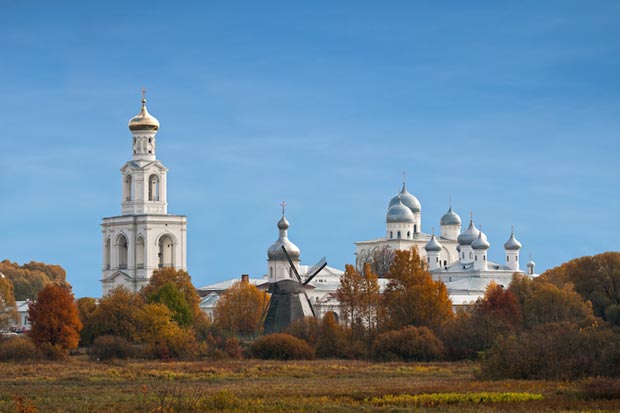 Veliky Novgorod was built in the 10th century and is one of the oldest cities in the far north of Russia. This city claims to the birthplace of Russia when 750 years ago, Prince Rurik of Scandinavia invited the Russian government to create a ruling dynasty. Top views of the city include St. Sophia Cathedral, the Bell Tower, the Merchant’s Fountain as well as museums such as the art, pottery and history museums. The city of Veliky Novgorod, is located on Lake Ilman and it is the best place to eat Russian soup and buy natural honey. 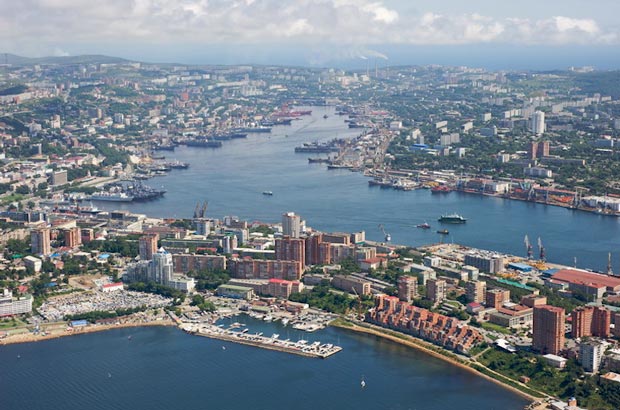 The mountains that surround this city create beautiful and stunning views. The latest stop on the Trans-Siberian Railway has made Vladivostok the largest port in the Pacific Ocean. The city has some of the best tourist attractions in Russia such as theater, museums and concerts. The famous actor Yul Brynner was born in 1920 in this city. Travelers may want to take a walk in the city’s lovely parks, such as Minny Gorodok, which used to be a military base. The city’s main square is Admiralsky Skver.

Nizhny Novgorod Known for its Monuments and Sculptures 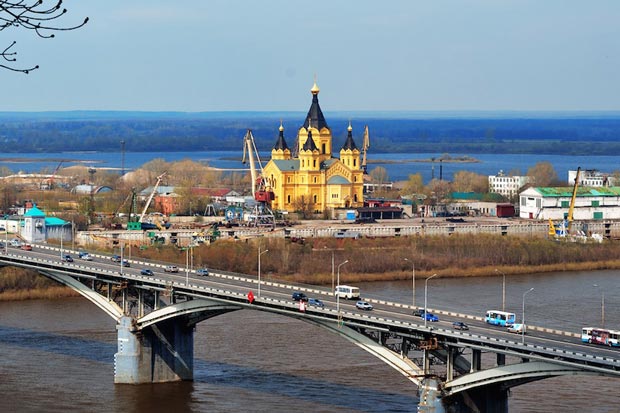 Nizhny Novgorod is the fifth largest city in Russia at the confluence of the Volga and Oka rivers. It began as a castle in the 13th century and became known as Gorky after the birth of Maxim Gorky. Nizhny Novgorod is a great place to immerse yourself in Russian art and architecture, with more than 600 monuments and sculptures, and at least 200 art museums, concert halls and the like. 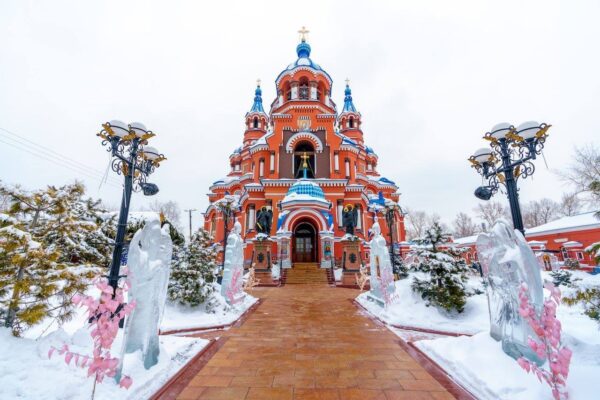 Irkutsk is practically the capital of Eastern Siberia and is the most popular tourist attractions in Russia in wintertime. Also, it is a place to stop on the railway between Moscow and the East. Despite being only 45 kilometres away from Lake Baikal, the city is the best place to explore the west coast of this lake. Tourists Traveling to this area will be amazed at what they see.

Decorated wooden houses alongside standard Soviet block apartments, as well as wide boulevards with very little traffic for a city of 500,000, amaze tourists. Irkutsk was the site of many bloody clashes between Russian factions in various revolutions. Artists were also used it as a place of exile for intellectuals. There are several churches in the city, including the Church of the Ascension as well as the Geology and the History of the Irkutsk Museum.

Kazan The Capital of Republic of Tatarstan 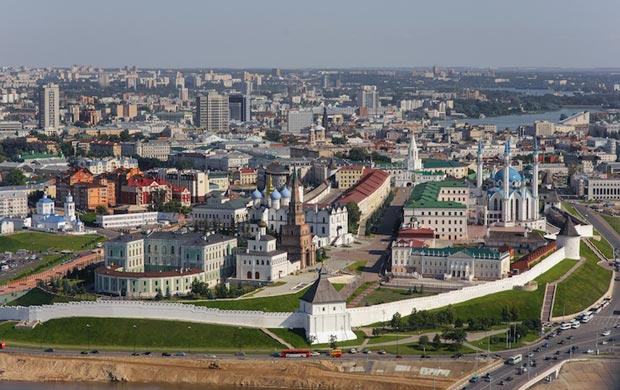 Kazan is sometimes referred to as Volga’s Istanbul because it is a place where European and Asian culture are well seen. It is the capital of Republic of Tatarstan and a lovely city filled with a few tourist attractions in russia. Also, there is a church with towers and minarets here. It is also the third largest capital of Russia, after Moscow and St. Petersburg, and its residents enjoy the highest living standards in Russia. Sights that can be visited in Kazan include the remnants of the Kremlin, the Kul Sharif Mosque, and Bauman Street as a pedestrian shopping street. 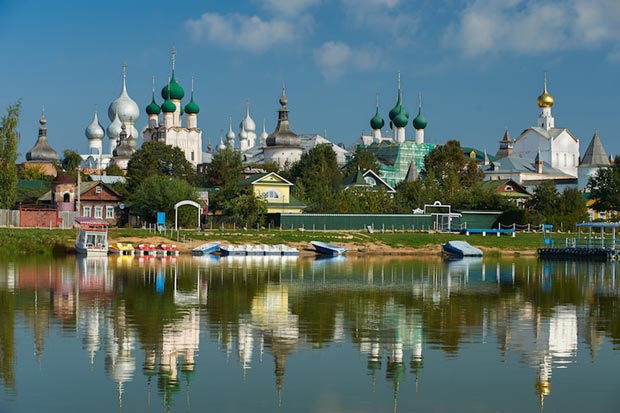 Russia’s Golden Ring includes several old cities that have given Russia a beautiful appearance together. The beautiful suburbs are full of cherry orchards, exotic huts, onion-shaped domes and iconic churches that contain the country’s oldest arts in the region. These churches have become the best tourist attractions in Russia for those who like Russian architecture. This area is known as Russia’s oldest region today which attracts many tourists.

The traditional way of visiting small towns and cities has created a clockwise direction that starts and ends in Moscow. Vladimir, Suzdal, Kostroma, Yaroslavl and Rostov-on-Don are some of the cities in this beautiful ring. White stone churches, monasteries and castles alone are some of the most spectacular sights in this area. 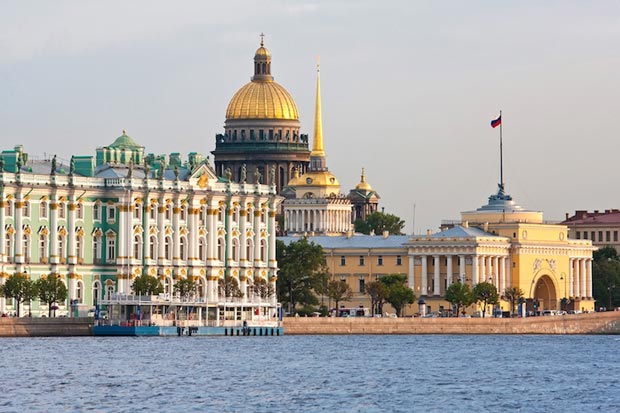 Russia’s second largest city, St. Petersburg, may be known as Leningrad. However, most people know it by its birth name, St. Petersburg. The city was founded in 1703 by Zar Peter the Great. Then, St. Petersburg was the capital of the Russian Empire. It was renamed Leningrad in 1924.

Due to its location on the Nova River, which flows into the Gulf of Finland and then into the Baltic Sea. Moreover, it has some of the best tourist attractions in Russia for traveling with cruise ships. The city is known as the cultural capital of Russia and has one of the best art collections in the world. Nevsky Avenue is the most famous street for shopping and eating food in this city.

If you are in this city, then check out the best hotels in St Petersburg city has to offer with every budget. These residencies are magnificent in terms of architecture as well as comfort for both local and international guests. 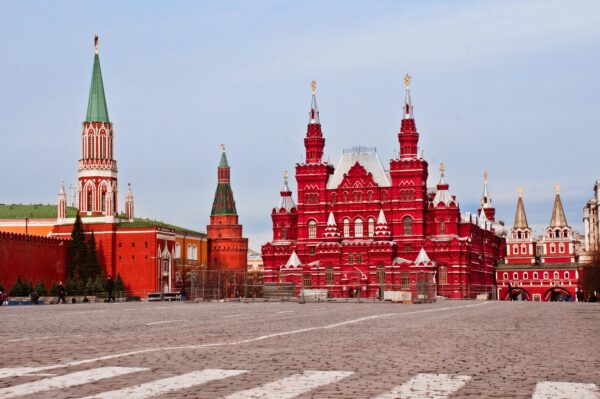 Moscow as the capital of Russia, has some of the most important tourist attractions in Russia. This is not just because of political reasons. With a population of over 12 million, the city is known for its artistic endeavors, including ballet, symphony and art. Here, the onion-shaped of its historic churches fill the horizon. The splendor of the Kremlin and the remarkable Red Square as one of the largest squares in the world and must-see attractions of the city. Other evidence that Moscow’s past has not always been very good can be found in the Gulag and Cold War museums.