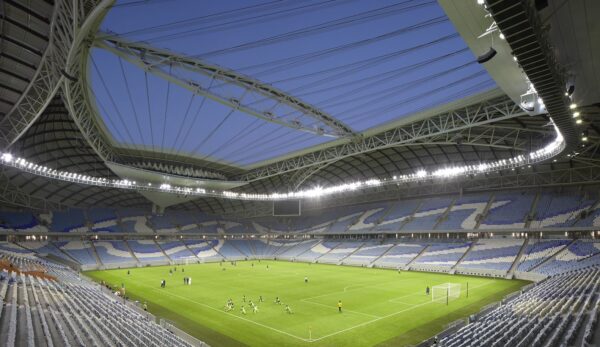 This article introduces football fans to Qatar stadiums and all the information related to them. Qatar World Cup stadiums are set to host the 2022 World Cup. There were many controversies surrounding the construction of the sporting arenas. However, they all are now equipped with modern technologies and will represent the country’s culture and civilization to other parts of the world at the 2022 World Cup. Qatar plans to use solar energy and neutral carbon technology to cool stadiums during the World Cup.

Also, there is more information on Doha airport when tourists arrive regarding Qatar stadiums and how to get there. You can check on the whereabouts and mainly your transport in this airport if you are interested in going to these sporting events. 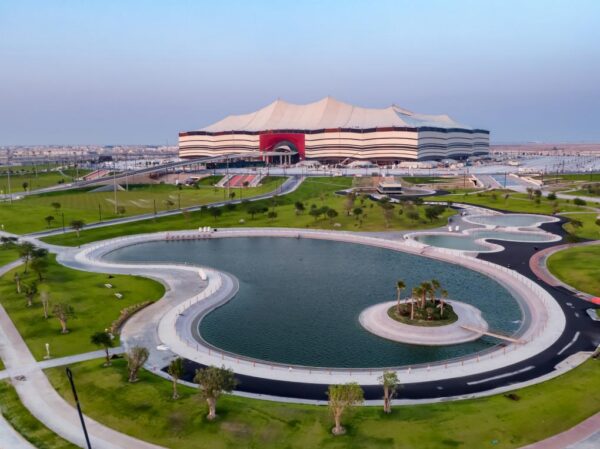 This stadium is located in Al Khor area. It resembles the old Arab settlers camp when they were settle in the desert. The design of this stadium handed to Italian construction groups, Salini Impregilo and Cimolai. Al Bayt Stadium can accommodate 60,000 fans at full capacity. The opening match as well as 4 other group matches take place here. Also, this stadium will host one of the quarter final matches as well as one of semi final matches here. The public bus number 102 will take you to this stadium. 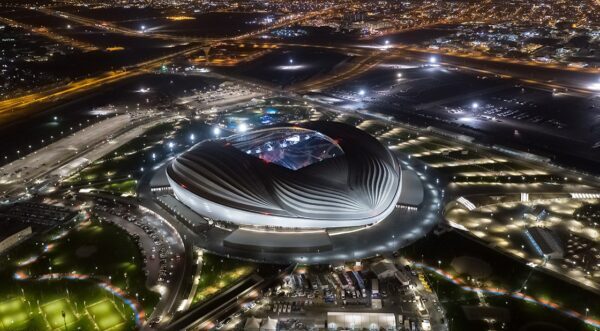 When we talk about state of the art among Qatar stadiums, we should refer to Al Janoub. You can find Al Janoub Stadium in Al Wakrah part of Qatar. This stadium is more than just a porting event complex and has swimming pools as as well as shopping center inside. The capacity of the complex is 40,000 which will be cut down to half after the World Cup games end. You can attend 5 group match games as well as one round of 16 match here. Moreover, to get here, you can use special shuttle buses available from Wakrah Metro station to get here. 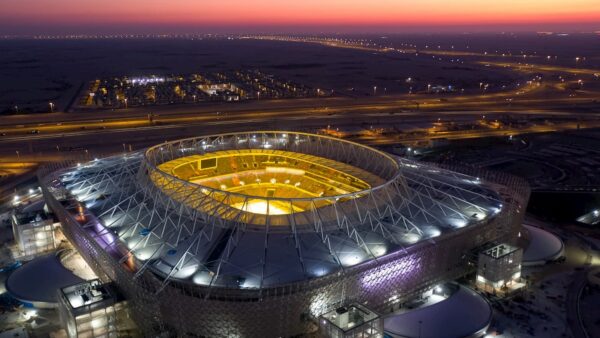 This is a stadium that belongs to a local team with the current capacity of 22,000 seats. However, the number will increase to 40,000 seats during the World Cup games. The exterior part of the stadium with the its special design will function as a “Media”. This means that you will see information regarding the game at play displayed on the outer part of the stadium. Al Rayyan Stadium is hosting five group as well as a single round of 16 matches in its modern field. To get to this complex, you can either get public bus number 104A or take the metro route M2. 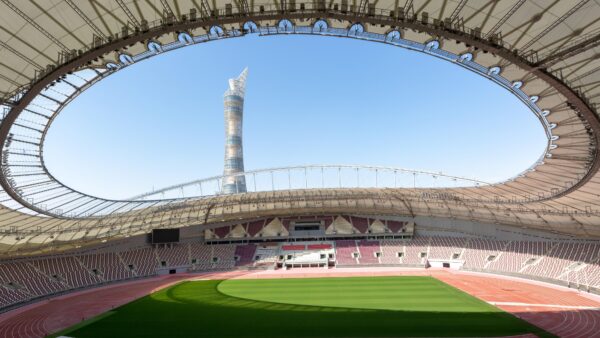 The Khalifa International Stadium, is a multi-purpose sport center which has a capacity of 40,000 seats. It will host five of group matches as well as one match for best of 16. Also, in it good to know that, you can also attend the match that determines the third place team in here. The locals public transport to get to this stadium are number 31, 32, 41 and M302 buses as well as metro route of M3. 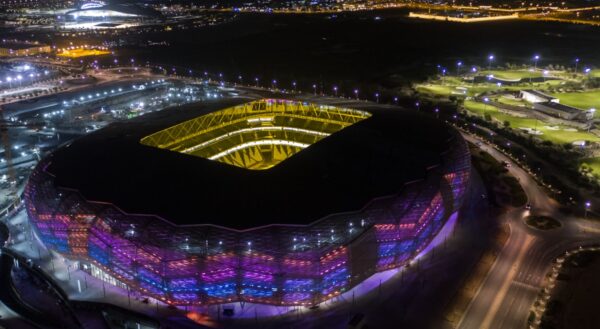 The education city stadium is located in Education City in Doha, which is the scientific and academic center of the country. Also, it is one of the most equipped stadiums in the world today. This sports stadium with a capacity of 40,000 people is equipped with a temperature control and reduction system. The architecture of this stadium is taken from the rich history of Islamic architecture.

Also, the triangular shape, which is formed in the form of complex geometric patterns and looks like diamonds, changes color as the sun moves in the sky. This stadium is designed to represent a diamond in the heart of the desert which has one of the most unique designed among all Qatar stadiums. The location of this stadium is accessible through local public transport by using bus numbers 104A, 40 and 56 and Metro line of M2. 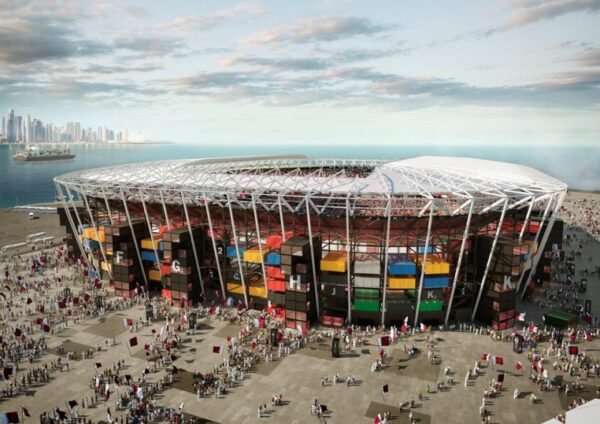 Ras Abu Aboud Stadium also known as Stadium 974, has the capacity to allow 40,000 football fans inside. Moreover, this is another one of modern Qatar stadiums that will host the World Cup from the group stage to the quarter-finals. The interesting thing about the Ras Abu Aboud Stadium is that it will be dismantled after the World Cup. This means that it will no longer exist after the 2022 World Cup. Therefore, this will result in less water and building materials being used to build the stadium, while reducing costs and emitting less carbon to the environment.

Al Thumama Stadium For the Quarter-Finals 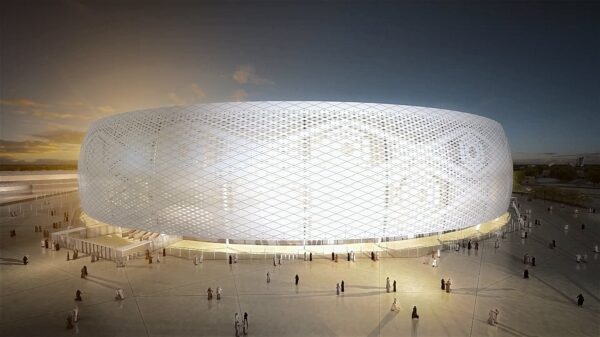 Another one of fascinating Qatar stadiums is Al Thumama Stadium which has a very spherical design that is very unique in the world. The capacity of this sporting complex is 40,000 and will host matches up to quarter-final. You can get to this stadium by getting public buses number 10, 119 and 129. There is also Metro line M1 that will pass by here. 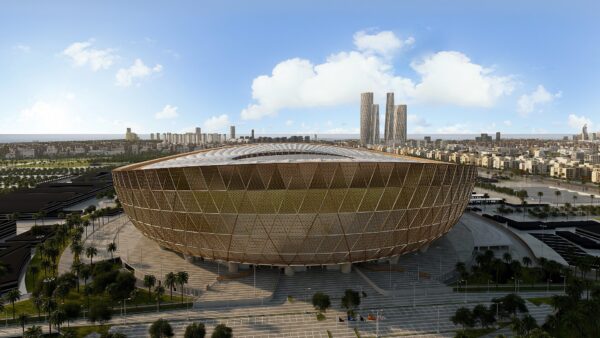 The Lusail is the most famous one out of all Qatar World Cup stadiums. This place will be in the eastern part of the city with a capacity of 80,000 people. The roof of the stadium, parking lots and service booths are made of solar panels. These solar panels will generate enough energy to supply the stadium with the energy it needs during competitions, while also supplying energy to neighboring stadium buildings.

As one of most modern Qatar stadiums, this stadium is equipped with environmentally friendly technologies that can keep the stadium air cool in the unbearable heat of Doha. This stadium will host a lot of games starting from the group matches all the way to the final match Therefore, this is where the winner of the world cup will celebrate the final victory.

There are currently 8 Qatar World Cup stadiums ready to accept sporting fans and all of the m are fully equipped with air condition system, clean toilets, restaurants and bus and metro services in order to provide the most pleasant experience during this important event. To accommodate as many as fans possible they have added more seats which after the world cup will be donated to other countries in need of them. It is good to know that by using “Hayya Card app”, ticket holders can travel freely on the match day when using public buses, metro lines, designated tournament buses as well as Education City and Lusail trams to reach any of intended Qatar stadiums.