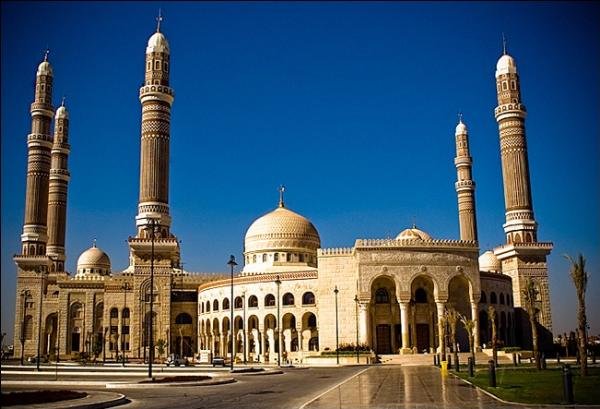 Mosques are important for many Muslims around the world. However, there are beautiful mosques in the world that capture the essence of local culture with beautiful architecture. They always capture the pinnacle of architecture in different period of Islam depending on the culture they are built in. Here we have a list of some of the most beautiful mosques in the world which are important in Islam as well. 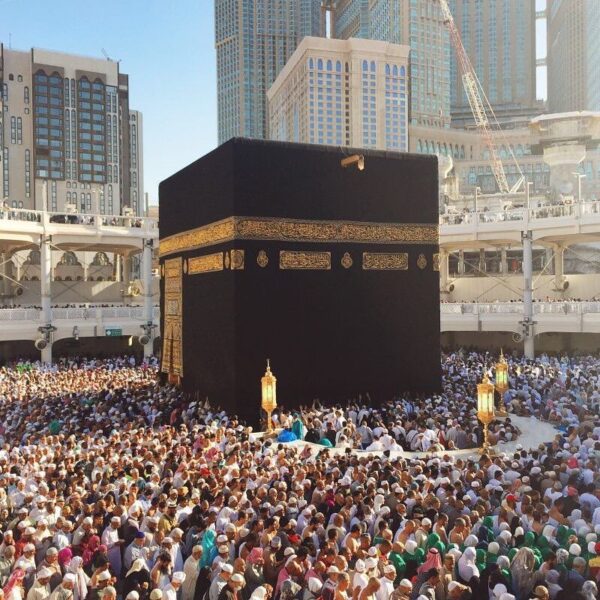 Masjid al-Haram is the most important shrine in Islam. The mosque is located in Mecca, Saudi Arabia. According to the teachings of Islam, every human being and every living creature that enters this place, is safe and should not be harmed. In fact, the reason for the naming of this place is that God has forbidden the non-Muslims to enter this holy place. 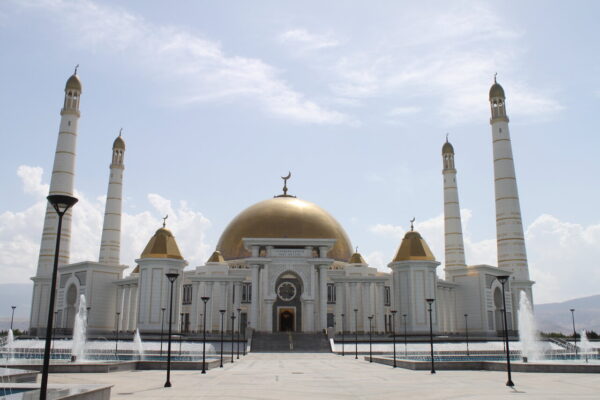 Built by the Qatari government, this large and modern mosque has all the cultural and educational amenities. Also, it is one of the best mosques in Ashgabat. 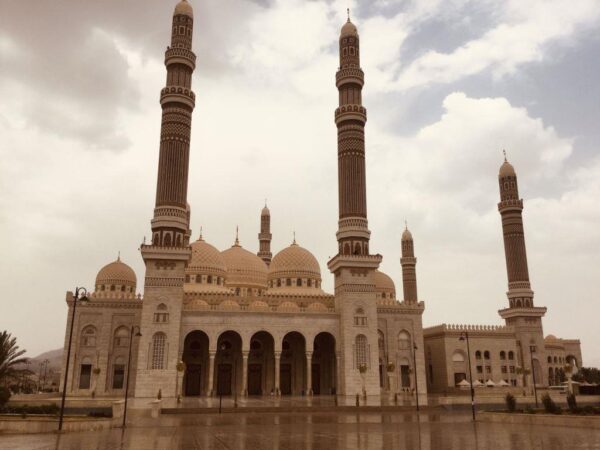 Situated on the southern side of Sana’a, the capital of Yemen, the mosque is considered to be the largest building of contemporary Yemeni Islamic architecture. This unique architectural and engineering monument is called the Al Saleh Mosque, one of the most beautiful mosques in the world and the largest Islamic monuments in the Islamic Arab countries.

The mosque was built by former Yemeni President Ali Abdullah Saleh for eight years at a cost of $100 million. The area of ​​the mosque is 224,821 square meters and can accommodate 45,000 worshipers. Moreover, the Salah Sana’a Mosque has 6 minarets, the height of 4 of which is 100 meters and the other 2 are 80 meters tall each. They are one of the tallest minarets in the Middle East. The mosque has 23 domes of different sizes located at different angles. 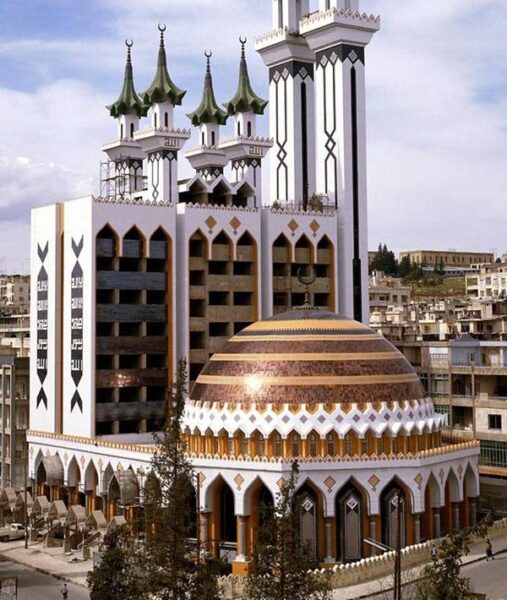 The Rahman Mosque in Aleppo, Syria, with its large rainbow dome and six minarets, is the most beautiful mosque in this war-torn country. 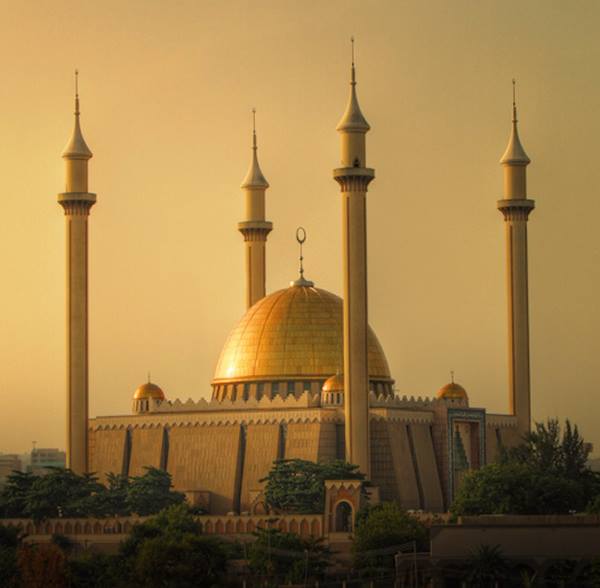 The Abuja National Mosque has been open to prayers since 1984 with a gold dome made of aluminum and gold plating in some places, especially the central dome. Also, it is the most beautiful mosque in Africa. The complex includes a venue for prayer, a library, a conference room, and a teaching space. 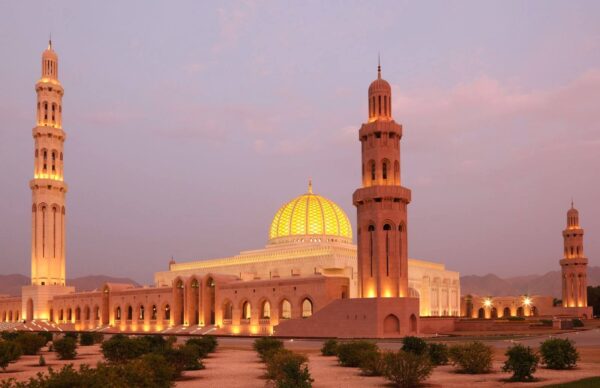 The Sultan Qaboos Grand Mosque is one of the main mosques of Oman. The carpet inside the Sultan Qaboos Mosque in the city of Muscat is commissioned by foreign artists. With magnificent interior as well as white marbled outside, Sultan Qaboos is definitely on the list of beautiful mosques in the world. In fact, at night its dome can bees seen from afar attracting prayers to it.

The Great Mosque in Djenné city, Mali which is in West Africa, is 100m long and 40m wide, the world’s largest mud brick building. The architecture of this mosque and other adobe buildings were made by artists and craftsmen of various generations, making them impermeable to rainwater. 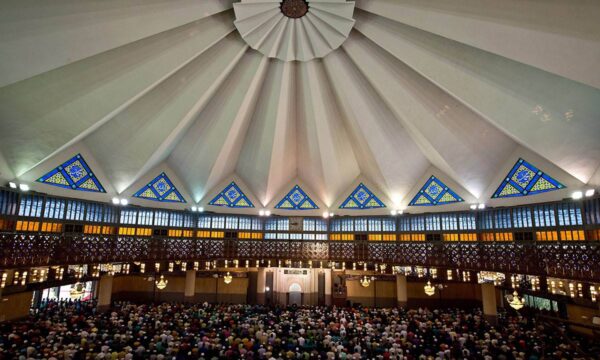 The National Mosque of Malaysia is one of Kuala Lumpur’s most popular tourist attractions as well as as one of the most beautiful mosques in the world. It has a star-shaped dome that is unique in its kind. Also, the roof of the mosque is in 18 sides to indicate the number of Malaysian states.

9. Jumeirah Mosque in Dubai in UAE 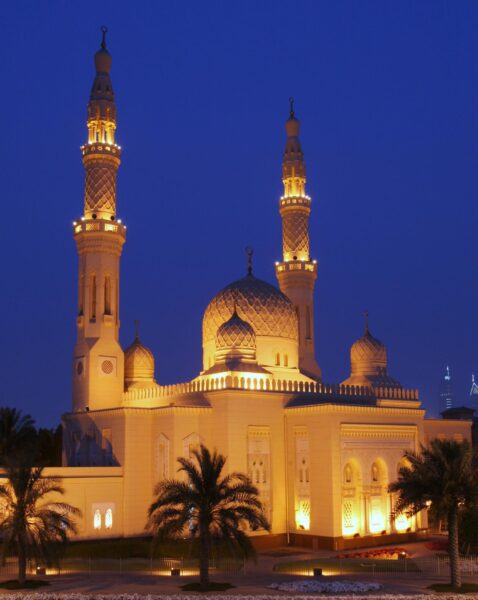 This mosque, with a 16-meter-high dome, and two 40-meter-high minarets, and a very luxurious pulpit, is an example of modern Islamic architecture. In fact, the facade of the mosque has been made of cream-colored pink stones. The image of the mosque as one of the symbols of the city is printed on 500 Dirham notes. 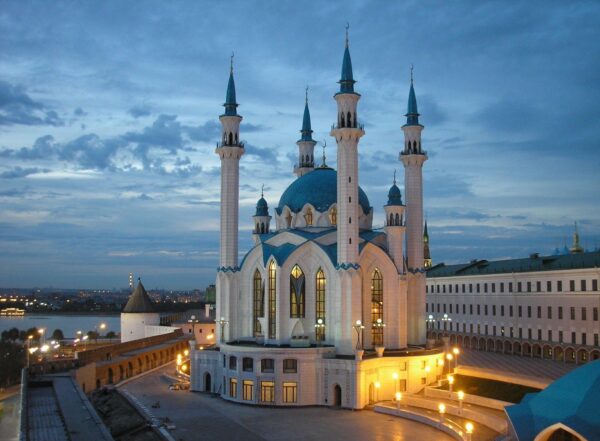 The largest mosque in Russia, and one of uniquely beautiful mosques in the world, the Kul Sharif Mosque, is located in the Kazan city of Tatarstan. Kul Sharif Mosque was one of the major medieval mosques in Kazan, built in the 16th century AD. Furthermore, with its rich library, the mosque delicately decorated the capital of the Kazan Khan and the Center for Religious Education, spreading the sciences in central Russia in the 16th century A.D.

Moreover, the name of this mosque is in the honor of the last imam of his congregation, Kul Sharif. He was a prominent religious figure, scholar, poet and politician and one of the defense commanders of the city of Kazan.

For other interesting holy shrines and other places in the world, check out most unique monuments in the world info page. These are structures that has captured the true essence of human architectural capabilities and imagination.