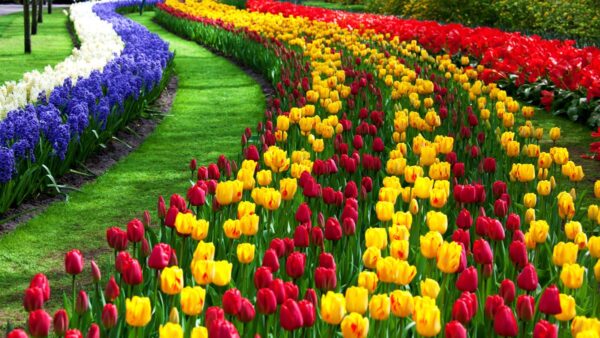 In general, the Turkish people have a happy and lively country and you can be part of this positive energy by attending top festivals in Turkey. In most days of the year, people in this country have an excuse to celebrate. Therefore, in most cities of this country, especially in an important city like Istanbul, you will see a kind of celebration every time you travel there. Turkish festivals are one of the cultural and tourist attractions in this city, which have made this city more interesting and attractive over time. Since traveling to different cities in Turkey, including Istanbul and Ankara, attending these festivals can be very interesting and rewarding for anyone. Therefore, here, we want to examine the festivals of Turkey in this article. 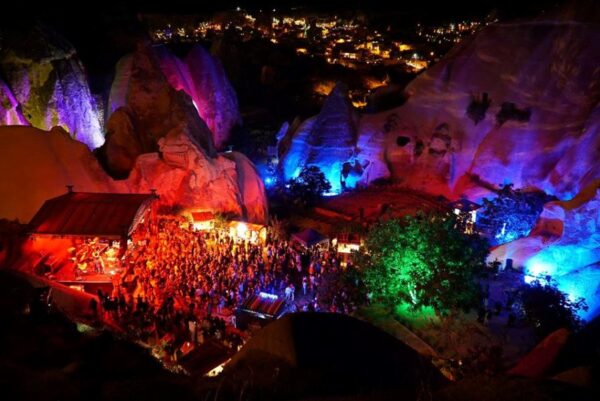 The city of Cappadocia is one of the most touristic and beautiful cities in Turkey, which has enchanting and spectacular views and is geographically located in the center of the Anatolia plateau. Cappadocia is best known for its balloon festival, but in this famous Turkish city, there is a festival called Cappadox. During this festival, which is held between June and July, you will see a unique and very spectacular celebration. The festival has been held in the city for four years now. The emerging festival, which has become one of the best festivals in Turkey today, includes activities in various fields such as music, cooking, fusion arts and many other activities.

The festival is attended by many different artists, including Turks themselves and even foreign and international artists, who share their artwork with others. Of course, there is another very famous festival in Cappadocia, where the balloons of this city all go up in the air and create very beautiful scenes. Regarding the Turkish city of Cappadocia, the city was formed between 3 and 9 million years ago due to volcanic activity. In the 4th century AD, people built houses, religious halls, shelters and various residences from the rocks that existed in this area, and thus the rocky city of Cappadocia was created. 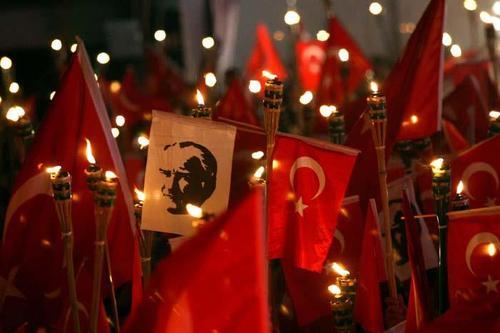 One of the most important festivals in Turkey, which is also a national holiday, is the Republic Day Festival, which is both a national holiday and an official holiday in this country. The celebration is related to day Turkey became a republic in October 29. In this celebration, the Turkish people, all over the country, take part in nationwide marches and rejoice. The festival features live music, performances, group entertainment and many other activities. At the Republic Day Festival, you can see the red flags of Turkey in the hands of the people and in different sizes. Also, you can see posters with the photo of Mustafa Kemal Atatürk, the late founder of the Republic in Turkey, in the hands of the people and on the doors and walls of the city. 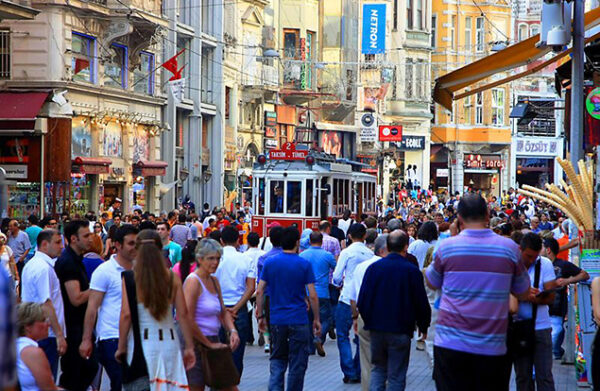 It seems that the shopping festival in Istanbul is one of the most interesting celebrations and the most practical events among festivals in Turkey. This interesting festival, starts on June 9th, and if it is well received, it will continue until the first week of July. To participate in this festival, not only people from all over Turkey come to this city, but also different tourists from different countries come to this city to have a good and first-class shopping in addition to visiting other attractions in the city of Istanbul.

It is interesting to know about the Istanbul Shopping Festival is so popular that it has become one of the most important shopping festivals in the country over time.

During this time, restaurants and coffee shops in Istanbul usually lower their prices in order to attract more customers and to contribute to the festivals overall good vibes. During this festival, the prices go down a lot. It is known that the city of Istanbul does not sleep during the festival, and the reason is that the shops in this city are open 24 hours a day. 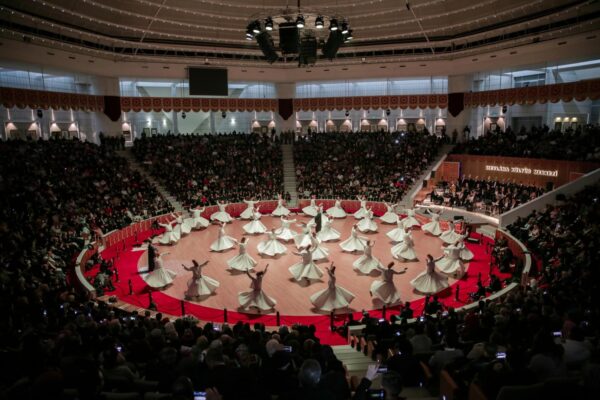 One of the best festivals in Turkey, which is held every year in Konya and attracts different people from all over the world, is the Rumi festival. This celebration is held every year between the 10th to 17th of December. In this festival, the dancers of Sema perform this religious and spiritual whirling dervish dance. The Rumi festival is one of the largest spiritual and mystical festivals in the world. In this ceremony, the dervishes first make an ascetic spin, in a coordinated and collective manner, begin to rotate in a circular manner, throwing their black cloaks on the ground. In the dance of sema, every movement and every garment is a symbol, and its ultimate goal is that this is the only goal of human beings in the life of ultimate love.

This conference is one of the oldest festivals in Turkey, which is held every year for almost 750 years and under any circumstances. In fact, Turks and lovers of Rumi’s philosophy celebrate this day, which is the anniversary of Rumi’s death, as his wedding night, which is actually his joining God and his eternal love. 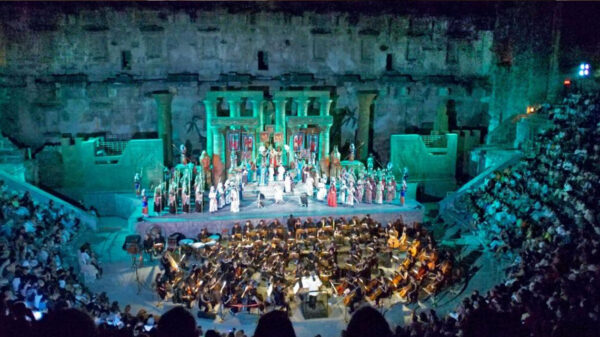 One of the most youth-friendly festivals in Turkey, held in Istanbul, is the Festival of the Culture and Art Foundation. In this festival, 5 different festivals will be held in total. The locals and tourists who come to this city are very much in touch with this festival and welcome it by heart. In this festival, various works are performed in different artistic fields such as music, jazz, theater, design and film making. 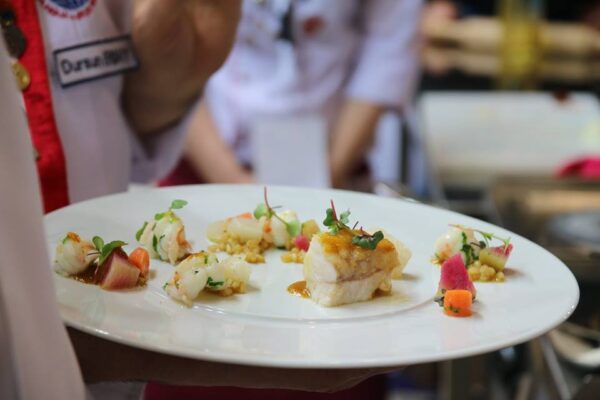 Another one of popular festivals in Turkey is the International Food Festival, which is usually held in Istanbul. It seems that this festival is a good and special opportunity for the food lovers. This festival is held between February 22nd and 25th. One of the goals of the festival is for chefs, or so-called Turkish and international chefs, to compete with their cooking skills.

Another one of festivals in Turkey, which is nationwide and is celebrated all over Turkey, is the Young and Sports Festival. This day, May 29, is considered an official holiday to be celebrated by young people. To commemorate and establish the ritual of this national festival in Turkey. Every year on this day, there are government ceremonies and sports events happening throughout Turkey.

The reason why there is a celebration on this day in Turkey is because on such a day, Ataturk enters Samson and starts the 1919 war that led to the independence of Turkey. On this day, most young people in Turkey, in memory of Ataturk, march from the port of Samsun to Ankara. They perform activities such as music and singing, sports and other arts activities. He announced to make this day a public holiday in 1936 and finally, from 1938 onwards. Moreover, this day was officially declared a holiday in Turkey. This celebration is very important for the Turkish people, especially the youth of this country, and they appreciate it very much.

For information about more festivals, check out the top 10 global festivals happening around the world so that you don’t miss out on this great events.