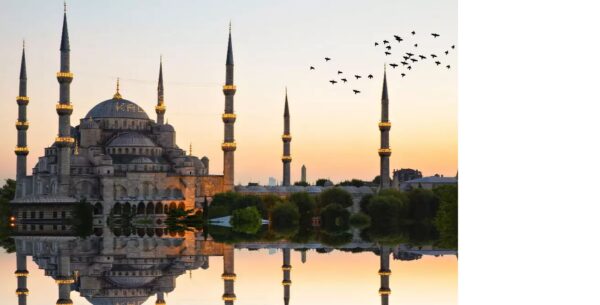 Istanbul is the largest city in Turkey and one of the main tourist destinations for tourists to observe the most famous mosques in Istanbul. The city has a very artistic combination of historical and recreational attractions, which brings in a large number of annual travelers. One of the symbols of the city of Istanbul, the capital of the Ottoman Empire, is the mosques that exist in this city.

Moreover, there are dozens of famous mosques in Istanbul, each of which has displayed a barrage of history and the elegance of its architects. In this article we are going to talk about Istanbul mosques. When you visit these mosques in Istanbul, you will feel the pride and honor that was created in this city during the Ottoman Empire.

If you found of holistic sites, then you plan to visit the world famous temples in your next trip. You can indulge in the holistic experience of this places. 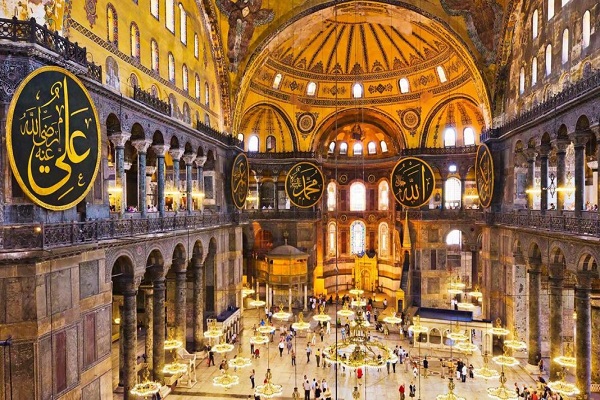 One of the most famous mosques in Istanbul, which is very popular among travelers and those who travel to this city, is the Hagia Sophia Mosque. The mosque is actually a symbol of the city of Istanbul and was the largest church in the world for several centuries, until in 1453 it was converted into a mosque by order of Muhammad the Conqueror.

In 1353, the Hagia Sophia Mosque was turned into a magnificent and beautiful museum by Ataturk’s order, so that thousands of tourists could visit this historic mosque in Istanbul every year.

The area of ​​Hagia Sophia Mosque in Istanbul is very close to Basilica Cistern occupying an area about 6,000 square meters. In the construction of this mosque, the arches and columns are placed together with a very special elegance and harmony. There are four very large pillars in the Hagia Sophia Mosque that are responsible for the maintenance of the four upper arches, and the main dome is located on top of them. The building has a total of 107 columns and 9 doors, the largest of which is in the middle, which is designed with a metal frame and a marble frame for the entrance of this mosque.

The Blue Mosque next to the Hagia Sophia 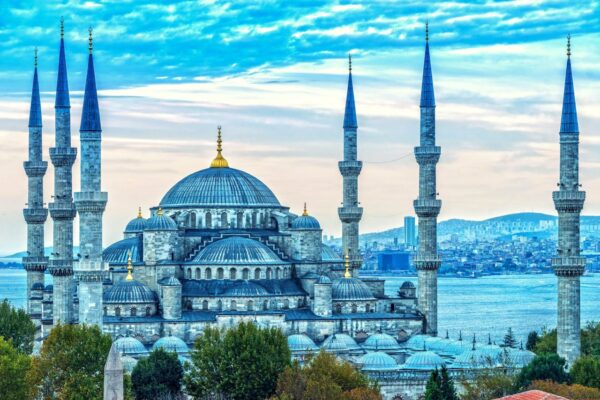 The Blue Mosque or Sultanahmet Mosque is one of the most famous mosques in Istanbul, built during the Ottoman Empire. When the Ottoman government was able to achieve many successes in several major wars in the late seventeenth century, the mosque was built by order of Sultan Ahmad with the intention of thanking God for their victories.

The location of the Blue Mosque next to the Hagia Sophia Mosque was a proof of its popularity, and in addition, it is not inferior to its counterpart mosque in terms of glory and splendor. The interesting thing to know about the Blue Mosque is that it is the first mosque after the Masjid al-Haram to have six minarets. Sultan Ahmad Mosque or Blue Mosque has a very beautiful view due to its location next to the Bosporus Strait.

Another mosque left over from the Ottoman period in Istanbul is the Rüstem Pasha Mosque. The mosque was built by order of the then Prime Minister of the Ottoman Empire by a famous architect named Mimar Sinan. This mosque was completed in 1563, but Rüstem Pasha himself died two years before the mosque was completed. The architecture of the Rüstem Pasha Mosque is very unique and due to its location, in one of the busiest markets of Istanbul, the Spice Bazaar, it has a smaller area than the Hagia Sophia Mosque and the Blue Mosque.

Another one of neoclassical and imperialist style mosques in Istanbul is called Dolmabahçe, which is part of a large palace of the same name. It is interesting to note that Dolmabahçe Palace was built in Istanbul between 1843 and 1856 by order of Sultan Abdülmecid I. It was used as the main administrative center of the Ottoman Empire between 1889 and 1909. Dolmabahçe Mosque is located near Vodafone Park Stadium.

Eyüp Sultan Mosque at The Entrance of the Bosporus Strait

At the main entrance of the Bosporus Strait, near the Golden Horn, there is a mosque called Eyüp Sultan. This mosque is one of the most important mosques in Turkey. The main reason for the popularity of Eyüp Sultan Mosque is the existence of the tomb of Abu Ayyub al-Ansari, one of the friends of the Prophet Muhammad.

On weekends, many Muslims go to the Eyüp Sultan Mosque in Istanbul for worship. This mosque in Istanbul is the fourth holiest place among Muslims after Mecca, Medina, and Jerusalem. We suggest that you go to the “Pierre Loti” Cafe to relax and watch the surrounding scenery when you visit the Eyüp Mosque. The cafe is located on top of Eyüp Cemetery on a hill with a very beautiful and wide view.

Another mosques in Istanbul is the Ortaköy Mosque or Büyük Mecidiye Camii. Also, it is famous as the most unique mosque in Istanbul. This mosque is famous as the Bright Pearl of the region due to its location in the Bosporus Strait as well as its Gothic architectural style.

Tourists can watch a beautiful view of the Ortaköy Mosque from the water while boating in the Bosporus Strait. Ortaköy Mosque is a building that highlights the culture of East and West Istanbul. Moreover, this Mosque has been renovated several times throughout its history, and the last renovation of the mosque was in 2014.