India is the land of shrines. In this part of Asia, beautiful temples of India offer an outlook of the past from the point of religion. In India, temples range from small structures next to a road road to magnificent architectures with precious stones. Some are famous and prominent, while others are relatively less famous. If you decide on visiting any of these beautiful temples of India, remember, regardless of size and condition, always remove your shoes before you arrive inside. It’s an indication of paying respect. 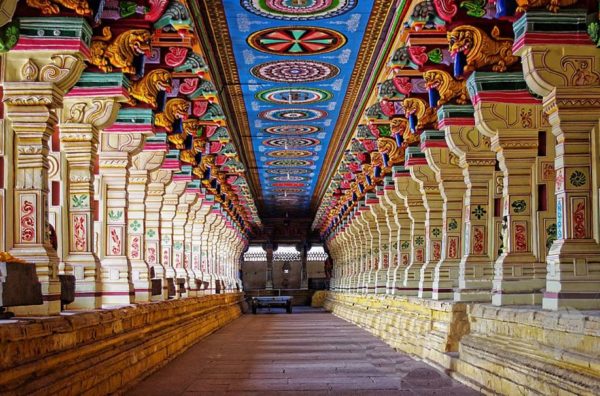 It is believed that if a person travels to all four sites, any sin from his or her past life will be removed. Great monastery of Ramanathaswamy is enclosed by tall walls. Moreover, it has a 126-foot-tall eastern tower, a 78-foot-long western tower as well as 22 sacred wells. It is the longest one among all temples of India. The devotees are expected to bathe in the waters of these sacred wells before entering the inner temple. 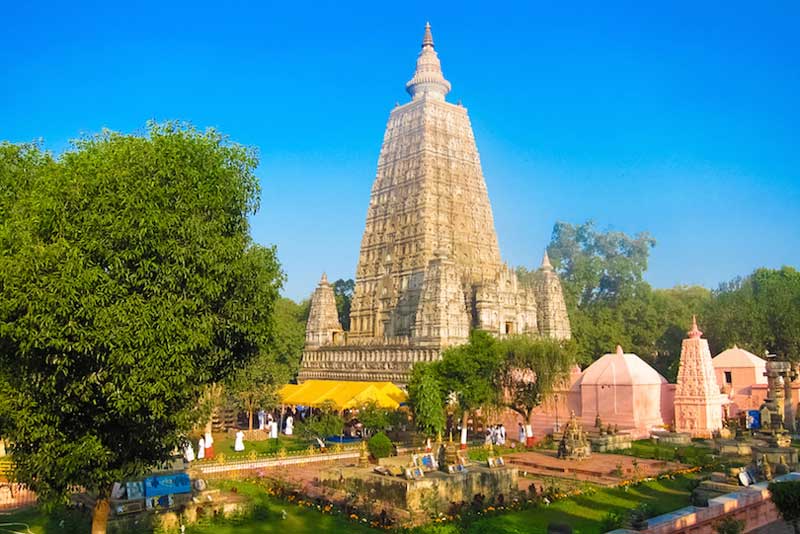 This complex is located in Bodhgaya which is a very important and sacred place for Buddhists. It is said to have been built in the place where Siddhartha Gautama-Buddha has attained enlightenment. The Buddhists also believe that this is where the life on earth will end and a new earth will begin again. The Mahabodhi Temple was built during the late Gupta period and it is one of the oldest brick structures in eastern India. Inside this shrine, there is a very large, golden Buddha seated covered in a bright orange rope. The Mahabodhi Complex is also hosting the famous Bodhi tree. 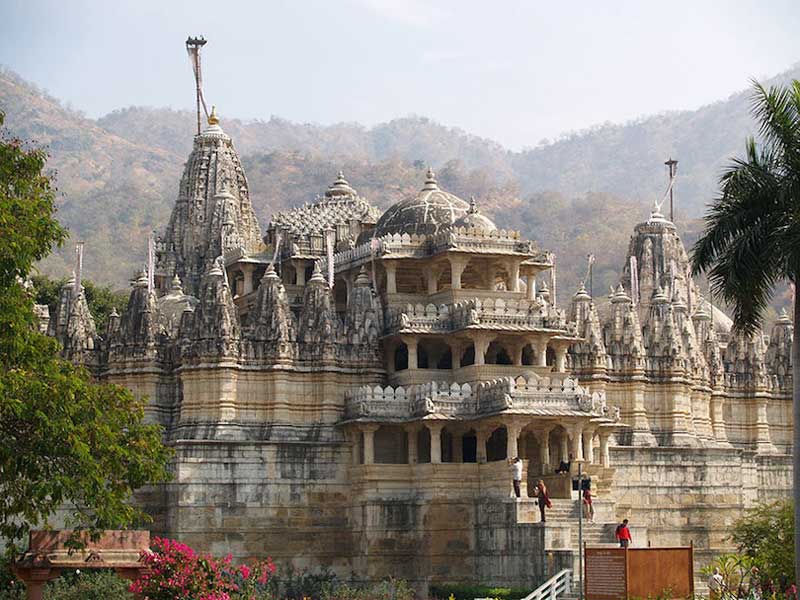 Ranakpur Jain temple is one of the biggest and most important Jain temples of India. The temple is made of colored marble and has 29 halls and 80 domes. It also has about 1444 distinct stone marble columns. The appearance of these columns varies from gold to light blue depending on the time of day. Ranakpur is a stunning temple covered in intricate engravings, with everything from flowers to geometric patterns. This temple is open to tourists only in the afternoon and is situated in a lush valley between Udaipur and Jodhpur in the Ranakpur village. 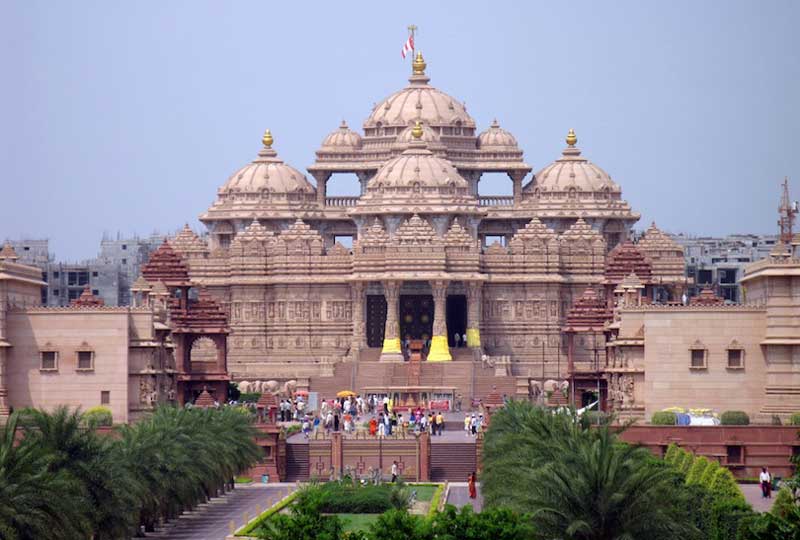 Akshardam Temple that was built in 2005 in the eastern suburbs of New Delhi, is relatively new compared to some of the other famous temples in India. Also, it is the largest Hindu temple in the world built using ancient techniques. Therefore, while new, it is engraved with stunning and sophisticated sandstone ornaments. You can find this complex on the bank of the Yamuna River. This temple also offers boats, a music show and a 11-foot-long statue of Bhagwan Swaminarayan. 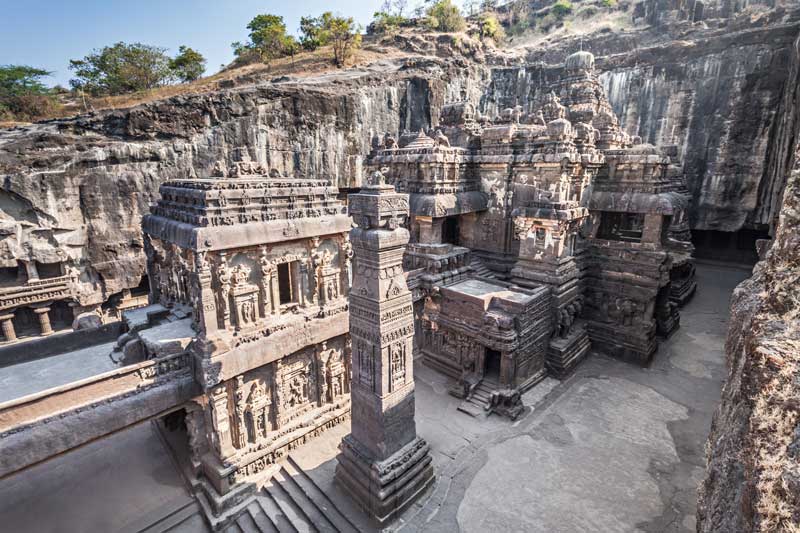 Kailasa Temple is located in Ellora Caves and it is truly one of the most amazing human works of art. The temple was built by King Krishna I in the 760 A.D. The temple is carved from a large solid rock by hand using brushes, hammers and cutters. Although the entrance of the temple is simply designed, it interior is covered with intricate designs and carved solid stone pillars. The temple is one of 35 man-made caves in the area. Of those caves, there are 12 Buddhist temples, 17 Hindu temples, and 5 Jain temples. 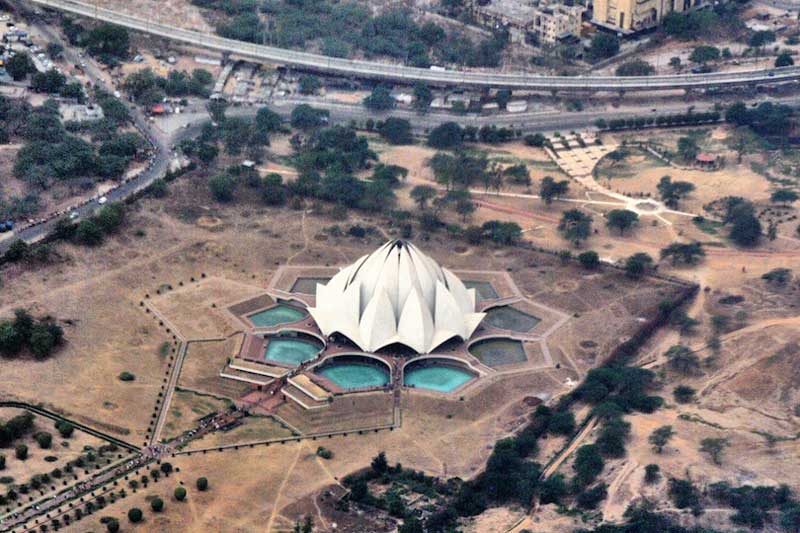 Lotus Temple that is located in New Delhi is known as the Baháʼí House of Worship. The temple is open to the public since 1986. This place looks very unique since it resembles a lotus flower. Because the Bahá’í Faith believes in the “unity of God, the unity of religions and human solidarity,” the Lotus Temple welcomes worshipers of different faiths. 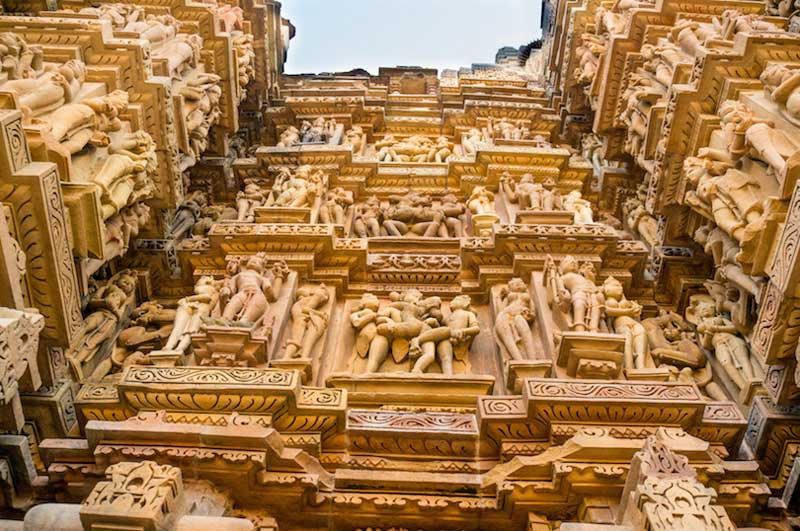 These temples are decorated with carvings. Khajuraho temples were made in Madhya Pradesh between 900 AD and 1130 AD by Chandela dynasty. There were maybe 85 temples sometimes in the past, however, today there are only 25 temples left. We do not really know why these Jain and Hindu temples have individual motifs, but they are very accurate and represent humans and sometimes animals in various types of hedonistic couplings. 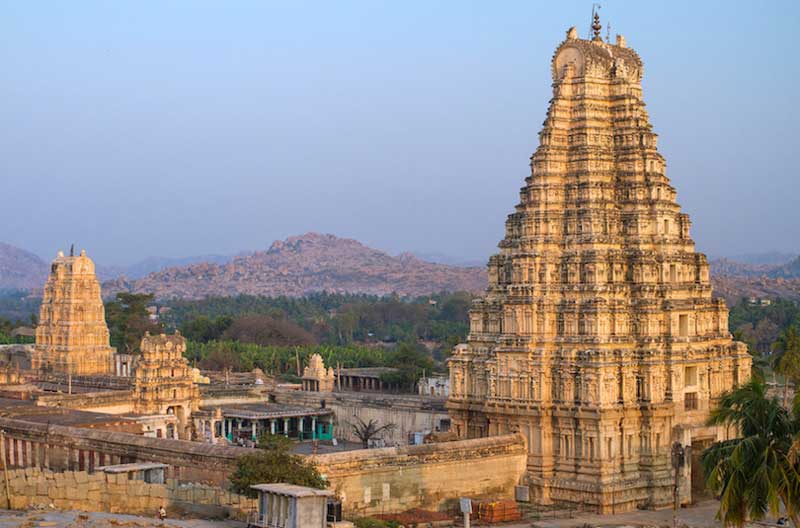 Located in Hampi, near the Tungabadra River, it is the oldest among temples of India dating back to the 7th century. Virupaksha Temple was later part of the royal city of Vijayanagar, which was the capital of the Vijayanagar Empire. Although the temple is still intact, the rest of the city is now mostly in ruins. The Virupaksha Temple Complex contains three towers dedicated to the god Shiva. 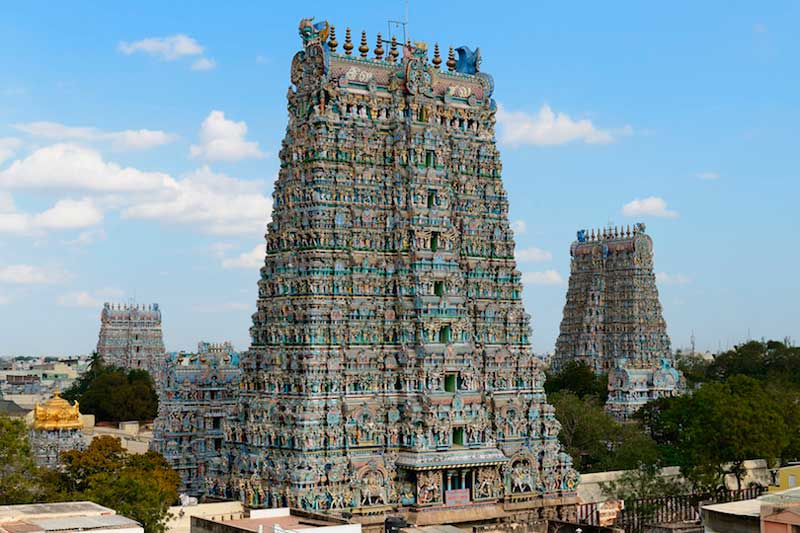 Most of major temples of India are relatively simple. However, Meenakshi Amman Temple is an explosion of colors. Situated on the banks of the Vaigai River in Tamil Nadu, the temple has 14 towers, with 33,000 colorful statues, dedicated to Parvati and her companions. There has been a temple on the site since the sixth century B.C, but the main buildings were destroyed by Malik Kafur as part of their mission to convert the area to a Muslim settlement in the year 1300. However, the temples were rebuilt in 1599 by the first king Vishwanatha Nayak. Although the statues were white at first, they have been colored throughout the following years.

This sacred temple is situated in Amritsar, in the middle of a small lake and it is the most sacred of the Sikh shrines and temples of India. The golden panels cover most of the exterior of the temple and the dome is golden. The Golden Temple has an interesting story. The Buddha is said to have spent time in this place, and then, 2000 years later, Guru Nanak Dev, the founder of the Sikh religion, lived here on the lake. Eventually, his followers built a temple there in his honor.

You can also check out states in India in order to get to know more about this amazing country and to see sights scattered across India.

Tags:best Temples in worldIndia Travel TipsTravel Guide IndiaWhat To Do in India