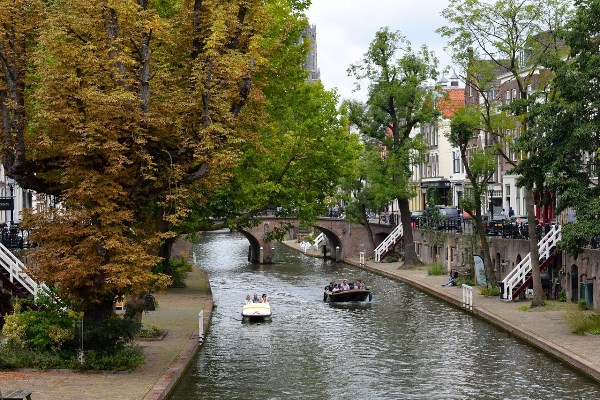 The city of Utrecht is the oldest city in the Netherlands and therefore there are many Utrecht Attractions available to see. This city has old and mesmerizing neighborhoods, buildings and historical monuments, which has made it one of the favorite places of history lovers in the Netherlands.

If you are planning to travel to one of the other beautiful regions of the Netherlands, you should visit this magnificent city and its modern, historical buildings and natural attractions. This city has the most important water communication channels and therefore this city is one of the Holland has become an attractive tourist area.

One of the spectacular areas located in this city is the Old Town. This part of the city has various historical and medieval buildings. This city is a short distance from Amsterdam, which makes it attract many tourists every year. By traveling to this city, you can visit natural attractions and beautiful views such as magnificent water channels. 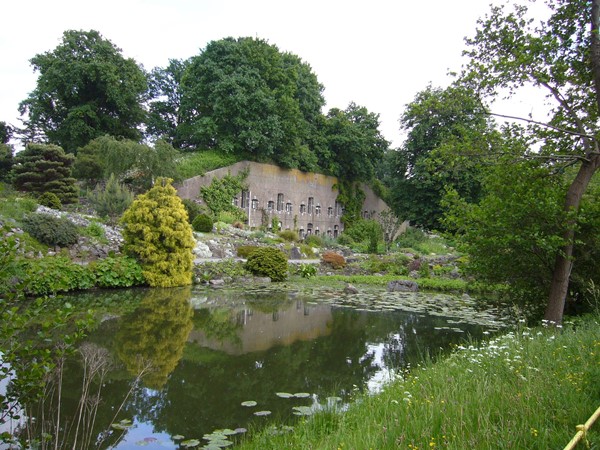 The Botanical Garden is a beautiful natural Utrecht attractions. This garden is located on the outskirts of the city, but if you want to immerse yourself in nature and enjoy the magnificent scenery, this wonderful botanical garden is definitely worth a visit. The Serenity Gardens of Utrecht University were established in 1639 and have been open to the public ever since. Because it has so many different sections, you can be walking through a delightful rock garden one minute, bird watching in the jungle the next, and marveling at all the colorful butterflies in its tropical greenhouse the next.

The Utrecht Botanic Gardens tickets are the cheapest priced currently at around €9 per person and they are open from 10 in the morning until 4pm for the best experience. It is good to know that they might not be open to public from early December to early March. 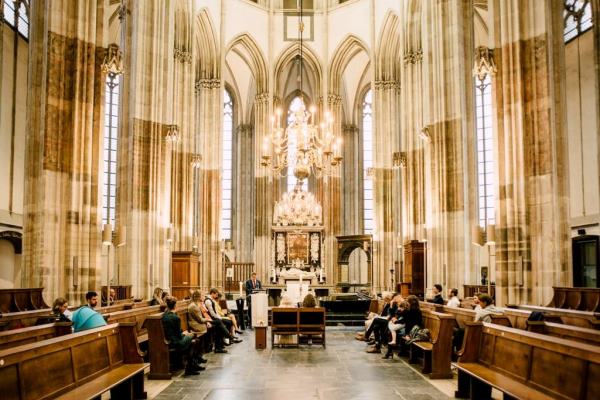 One of the touristy Utrecht attractions is its cathedral. The town square is where you will find St. Martin’s Cathedral, often known as the Domkerk by locals. This beautiful building is considered one of the most important religious attractions in Holland. While its original structure was built in 1254 on the site of an old Roman church, today this impressive cathedral consists of a 14th-century choir, 15th-century transepts and two chapels. The ruins of St. Martin’s Cathedral were only cleared in 1826, when the Domplein was laid out, and the restoration was finally completed in 1988.

Highlights of the church include numerous ancient tombs and a crypt containing the internal organs of Emperors Conrad II and Henry IV, who died in Utrecht. The remarkable thing about the beautiful 14th century cloister is that it connects the cathedral with the university. If you look more closely, over the windows of this building, there are depictions of the life of St. Martin, the patron saint. Also, in the middle of Cloister Garden, there is a fountain that has a bronze statue of a monk.

Castle De Haar the Largest Castle in The Netherlands 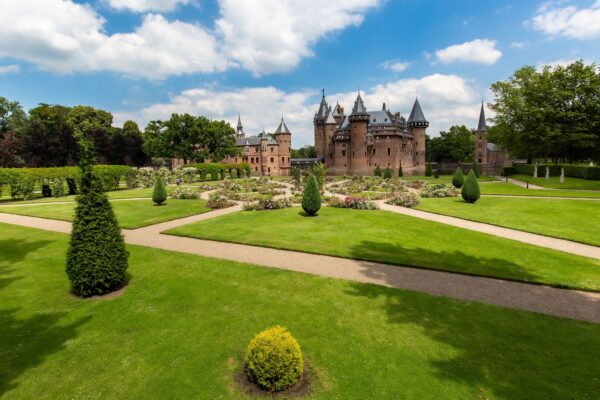 One of the most attractive Utrecht attractions, which is a magnificent castle, and is considered the most attractive castle due to its legendary beauty. The size of this castle is so large that when it was built in 1822, the entire village of Haarzuilens had to be moved. The castle is located just 16 kilometers west of Utrecht and highlights include a large collection of antiquities, furniture, paintings and tapestries, along with rich decorations including ornate wood carvings and tableware.

The grounds around the castle are also wonderful to explore and include 135 acres of trees, along with fountains and a beautiful formal garden. Events and festivals are also often held here, including the annual country fair and Christmas. A shop is also available for those looking for souvenirs.

The Castle De Haar ticket price including both the castle and the park visit are, at the moment at €18 per adult and €12.5 per child. They are open for visit everyday of  the week from everyday from 10am until 5pm. 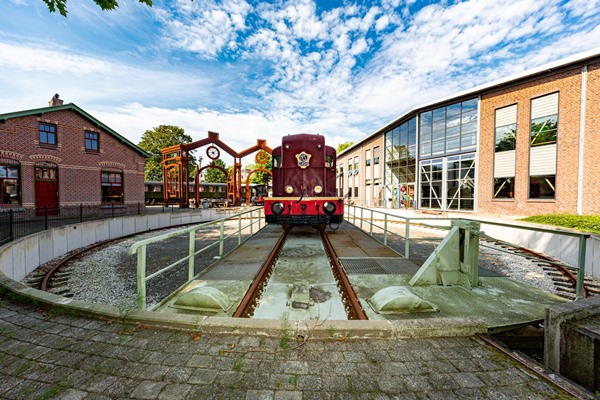 The local Railway Museum (Spoorwegmuseum), which is located in the old Maliebaan train station, is the national railway museum of the country and is one of the Utrecht attractions for train enthusiasts. Established in 1927, the museum highlights this large and well-equipped tourist attraction, including a slice of the country’s transit history, particularly the railroads and streetcar systems, with plenty of models and vintage vehicles to enjoy along the way.

In addition to the museum’s impressive collection of locomotives (including nine well-preserved steam engines) and rolling stock, kids will love the model railroad and playground built inside. Also, there is a gift shop as well as a restaurant available on site. For your comfort, you could use the reliable shuttle train service between the city’s main train station (Otrecht Central) and the museum.

The current Spoorwegmuseum tickets are around €18 for everyone and the opening times are everyday from 10am until 5pm. 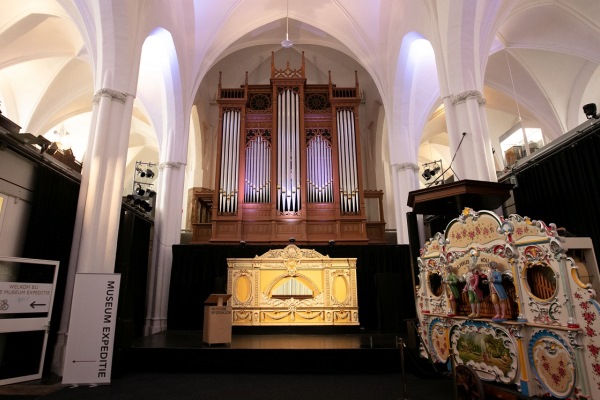 One of most unusual Utrecht attractions is the Speelklok Museum, or Music Clock Museum in English, which is devoted to music boxes, barrel organs, and other devices and instruments capable of playing music without human intervention. Founded in 1956, the museum’s displays, many of them hands-on and interactive, include mechanical musical instruments from the 18th century to the present, as well as household instruments, from small music boxes to grand organs.

Oudegracht with Beautiful Restaurants Nearby 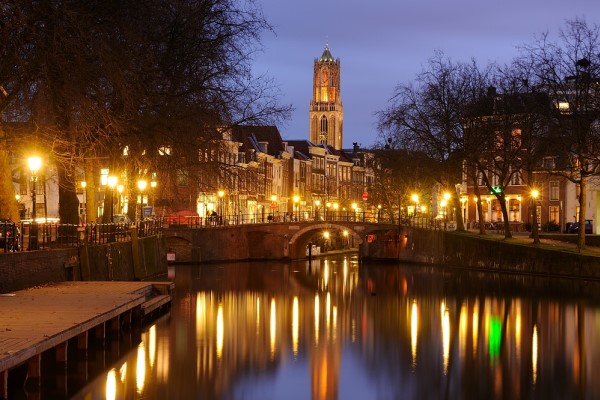 One of the highlights of Utrecht attractions is exploring the beautiful Oudegracht (Old Canal). This amazing engineering structure runs right through the city center and is a great place to visit and take a pleasant walk. If you have extra time, you can take a cruise here too. There are various restaurants and cafes along this canal as well. This canal starts from the southeast part of the city and to some extent follows the main course of a part of the Rhine. The northern part of the Oudegracht includes parts of a canal built around 1000 AD that connected the Rhine to the Vecht River.