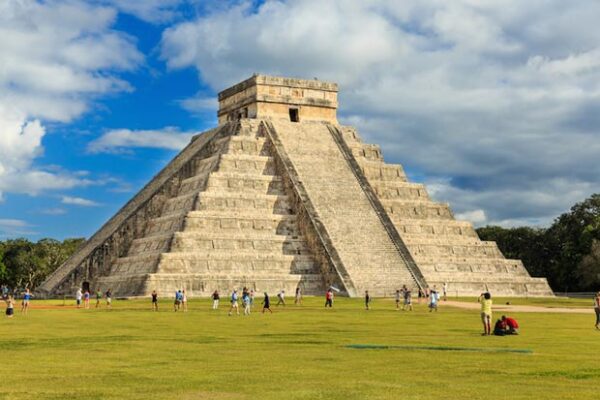 Beautiful beaches, amazing scenery and large cliffs are just some of the top tourist attractions of Mexico. Also, there are many places to visit in Mexico to enjoy the culture of this place. In fact, cultural and ancient Mayan history has made Mexico as a popular tourist destination. Mexico is a land of colors and contrasts. The overcrowded beaches invite you to the quiet colonial towns, while the settlements open up to the jungle where beautiful parrots and monkeys live. In Mexico, the majestic mountains stretch to far places. Also, you can see other tourist attractions of Mexico like the ruins of the Mayan city where they were discovered outside the modern metropolises. Here are some of these tourist attractions in the country of Mexico. 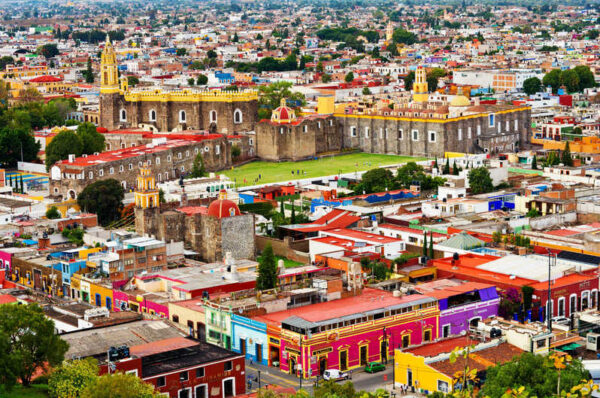 Founded in central Mexico in year 1531, Puebla is the sixth largest city in the country with a population of over 2 million people. Its strategic location has made it an important city and one of tourist attractions of Mexico. Today, this beautiful colonial city is a host to many hungry travelers and is therefore one of best places to visit in Mexico for Mexican food.

If you have a trip to this city, be sure to try the traditional Mexican food called ‘Mole Poblano’. According to locals, this dish is the invention of this city. Try standing in the shadow of the Popocatépetl volcano and visit the Catedral de Puebla. This temple has onyx statues and a domed ceiling patterned from Rome’s St. Peter’s. The city of Cholula is near this city and has large pyramids that are worth seeing them. This structure has been ignored for centuries by many seekers. 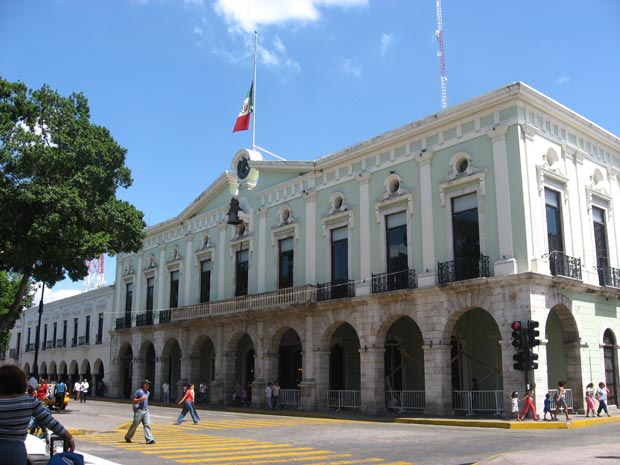 The nickname for this place is The White City. Mérida is the capital of Yucatán. This city was built in the year 1542 by Spanish conquerors above the ancient Mayan city and has many features of the colonial times. One of these buildings includes the former Conquistador leader’s palace. The main square of the city, called El Zocalo, is home to many historic structures such as the 16th Century Cathedral, the Governor’s Palace and the Old Town Hall. The tree-lined streets of El Pasea Montejo with its beautiful mansions mark the former glory of the city. After a warm day, this street can be a beautiful place for a stroll. 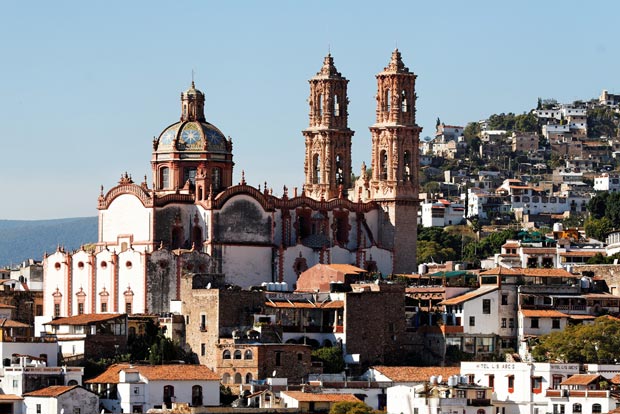 Travelers who love silver jewelry can visit this city because Taxco is famous for its silver work. Located in the north of the state of Guerrero, it is the first and most important mining area around. Today its streets are filled with stones, large colonial houses with balconies full of colorful flowers, small squares and silver workshops, making it one of the most popular places to visit in Mexico. Churches such as St. Prisca’s reflect Baroque architectural style of this city. Holy Week is a good time to visit Taxco because there is a celebration during which people will display their faith and belief in a spectacular fashion. 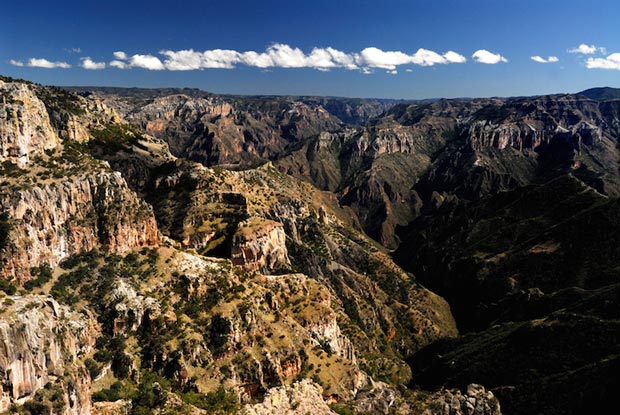 The Copper Canyon, in Chihuahua, is a series of narrow valleys that are larger and deeper than the Grand Canyon in the United States. Located in the Sierra Madre Occidental Mountains, the canyon is named after its greenish-copper color. The most common way to explore this gorge is a route called Chihuahua al Pacifico. The route crosses 37 bridges and 86 tunnels and is 2400 meters high, so a beautiful view of the canyon can be seen from there. Most adventurers enjoy hanging from bridges, rock climbing and hiking in this canyon. 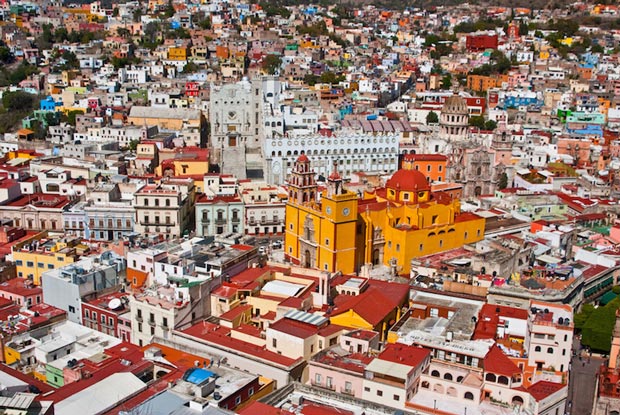 Guanajuato is the capital of the state with the same name and contains a lot of fascinating and amazing tourist attractions of Mexico. Paving sidewalks, street cafes and some stunning Baroque-style architecture in North America have given this city a European feel. It also has underground tunnels that serve as roads, making this a unique location in the world. Founded in year 1559, Guanajuato city was soon renowned for its gold and silver mines. Some mines can  also be visited by tourists. The La Valencia mine is one of those mines and it is the richest silver mine in the world. Next to the mine is the Church of San Quito, which is well decorated with gold and silver. The city is the best place to enjoy traditional mariachi music. 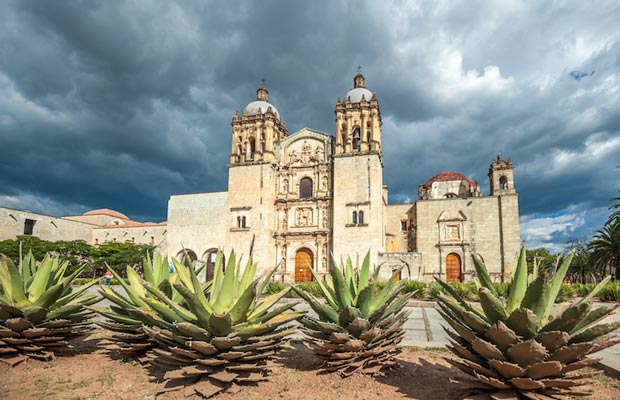 This city is also the state capital of of a district with the same name, located in a valley below the Sierra Madre Mountains. Colonial architecture, archaeological sites, a peaceful atmosphere and a good day at the festival of the dead make this city one of best places to visit in Mexico. At the heart of Oaxaca, there is a beautiful square called Zócalo where tourists can admire beautiful colonial landmarks such as Templo de Santo Domingo, the Tour Museum, and the souvenir shops. Also, visitors can see the beautiful valleys in Monte Albán. 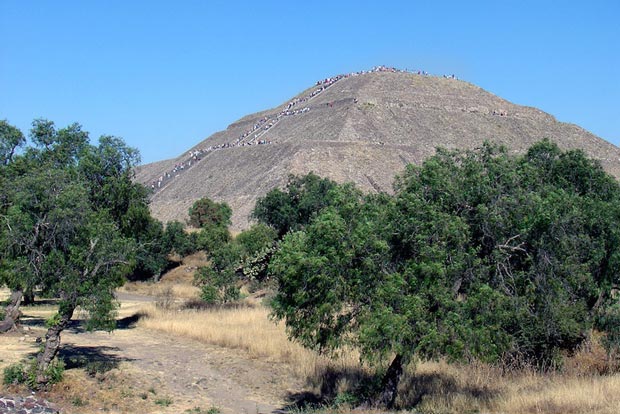 Egypt is famous for its pyramids. Teotihuacan also has huge pyramids. These pyramids were built between 100 AD and 450 AD. During this period, Teotihuacan was emerging as an important religious center in Central America. In fact, the name of the pyramid means the birthplace of the gods transcribed by the Aztecs. The most important monuments are the Pyramids of the Sun and the Moon, and the Temple of the Feathered Serpent. Teotihuacan became very famous for its urban planners. Teotihuacan is just 50 kilometres away from Mexico City, therefore, you can have a day trip. 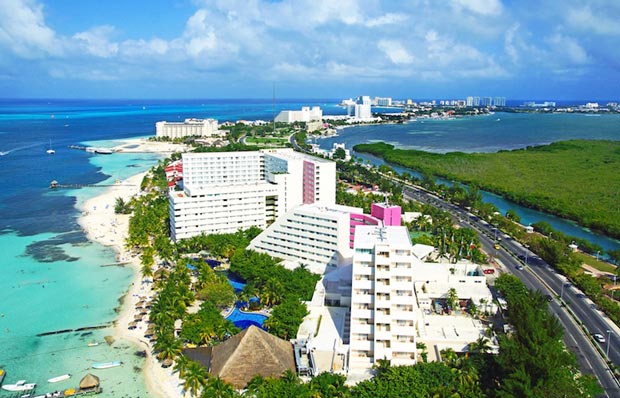 Chichén Itzá is located in the Yucatán Peninsula and it is one of the most famous places to visit in Mexico. This is somewhat strange since most of its famous structures do not have the classical Mayan architecture, but they do show a strong influence on Central Mexican civilizations. This city is much more advanced than the other Mayan ruins in Mexico and also more congested. However, the combination of large-scale tombs and meticulous astronomical calculations in buildings has made Chichén Itzá superbly fascinating. 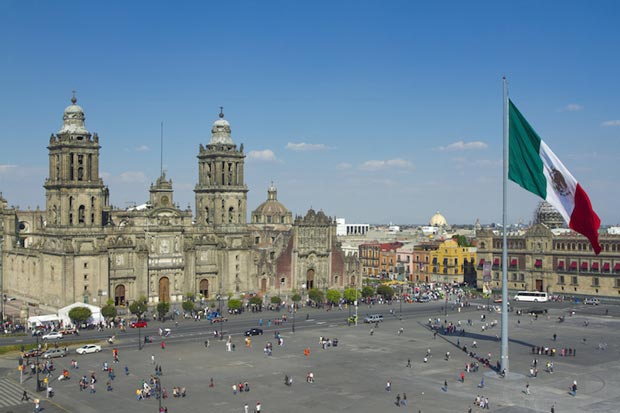 Mexico City is the capital of Mexico with ethnic groups from all over the world. It is not only the educational, cultural and political center of Mexico, but also one of the most important places to visit in Mexico. Also, it is one of main business and financial centers in Latin America. While there is no beach here, there are many attractions in Mexico City where tourists can enjoy such as historic landmarks such as the Plaza de la Constitucion, the Metropolitan Cathedral, the National Palace and ruins of the ancient Aztec temple.

Related Topics:Mexico Travel TipsTravel Guide MexicoWhat to Do in Mexico