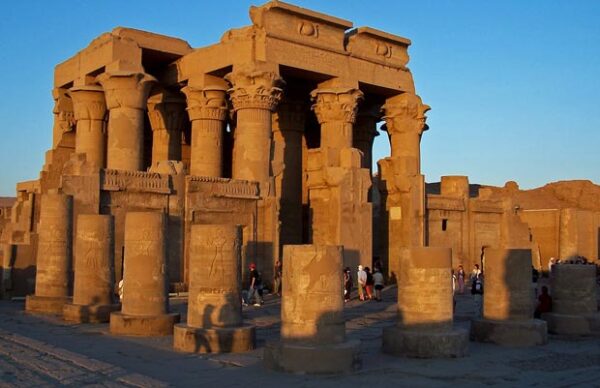 You can find the most beautiful temples in Egypt, in a country famous for its huge ancient structures in the entire world. Egypt ancient temples were built in the form of straw huts in the mid-fourth millennium BC. The last construction was on an Egyptian temple in Philae, which ceased to be used in the sixth century AD. 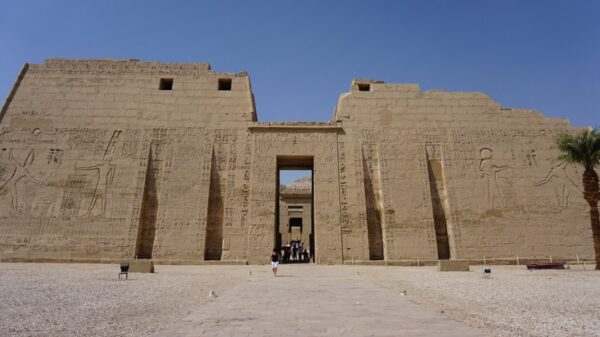 The Medinet Habu Temple is on the west coast of Luxor and is an Arabic name for a well-preserved large temple complex. The Pharaohs of Hatshepsut and Thoth III built a small temple dedicated to the god of Amun. Alongside their temple, Ramses III built his third temple, the Medinet Habu. Ramses III then enclosed both structures within the massive adobe walls, including warehouses, workshops and dormitories.

Temple of Kom Ombo near The Nile River

The Temple of Kom Ombo is located on a hill overlooking the Nile and is one of the most unusual temples in Egypt built during the Ptolemaic dynasty. The actual temple was started by Ptolemy VI in the early second century BC. The Kom Ombo Temple is actually two temples and everything is copied along the main axis. There are two entrances, two courts, two pillar halls and two shelters.

Colossi of Memnon with Depiction of Third Amenemope 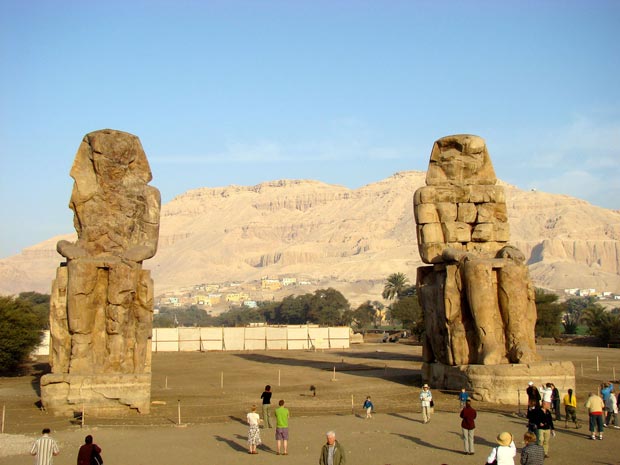 Built in the year 1350 BC, the temple has two large stone sculptures depicting the third Amenemope in a sitting position. The main purpose of this temple was to protect and guard the entrance to the Amenemope Temple. This temple was one of the largest temples in Egypt. However, today only two statues remain. Both statues are slightly damaged and almost unrecognizable from the waist up. 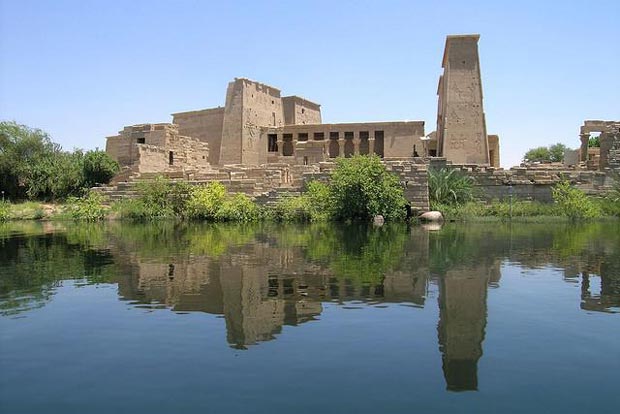 Philae Island was the center of the goddess Isis sect. The first temple was among the Egypt ancient temples built by local pharaohs from the Ptolemaic Era. Temple construction continued for three centuries by the Greek dynasty of Ptolemy and the Roman rulers. The Roman king Trajan built the Kiosk of Trajan in 100 BC, most likely as a river entrance to the Temple of Isis. In year 1960, the temple and other monuments were moved by UNESCO to Agilkia Island to protect them from sinking under the Nile. Philae Island is now buried beneath Nasser Lake.

Temple of Edfu Dedicated to The God Horus 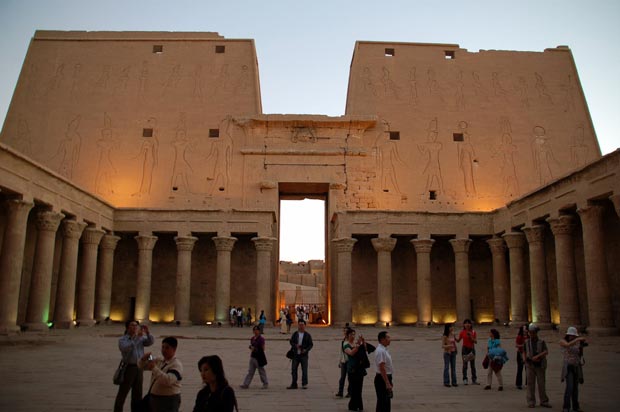 The Temple of Edfu, dedicated to the god Horus, is Egypt’s second-largest of Egypt ancient temples after the Temple of Karnak. This temple is one of the best preserved places. Construction of the temple began in the year 237 BC by Ptolemaic Kingdom, and was completed almost two centuries later by 12th Ptolemaic King, the famous father of Cleopatra. It contains traditional elements of the temples of the new kingdom of Egypt, together with the number of a few Greek elements such as “Mammisi”.

Temple of Seti I located at Abydos 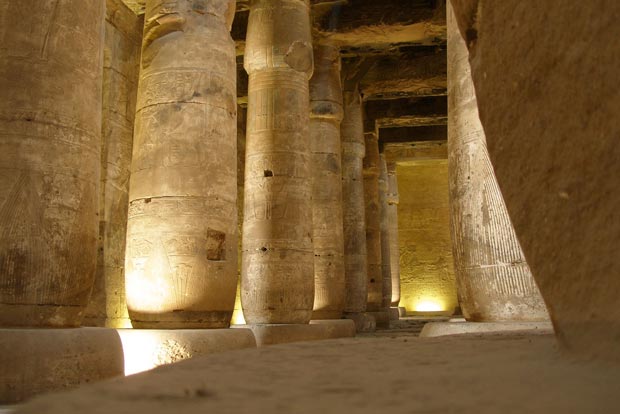 Seti I Temple is one of the Egypt ancient temples located in the West Bank of the Nile at Abydos. Like some of the best attractions in ancient Egypt, this ancient temple was built in the late Seti dynasty, and may have been completed after his death by his son Ramesses the Great in 1279 BC. The temple contains a list of the kings of Abydos.

Temple of Hatshepsut on The West Bank of The Nile 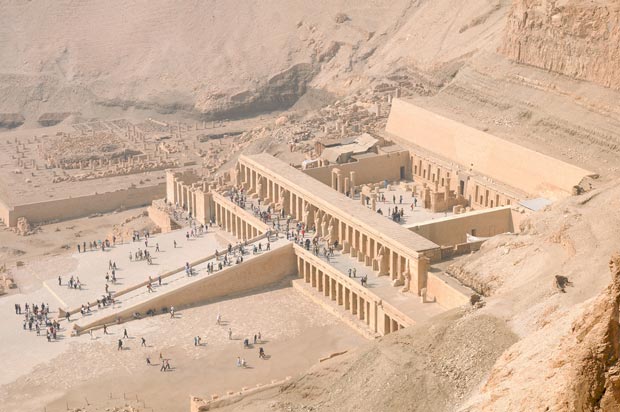 Temple of Hatshepsut who ruled from 1479 to 1485 years, it is located on the West Bank of the Nile. It is a pillar structure designed and executed by an architect named Senenmut, who was a royal court architect. It is another one of temples in Egypt that is dedicated to the ancient Egyptian sun god, Amun. It is built on a rock and has a three-layer terrace that reaches a total height of 30 meters. These terraces are interconnected by stairs and surrounded by gardens.

Luxor Temple on The Eastern Bank of The Nile River 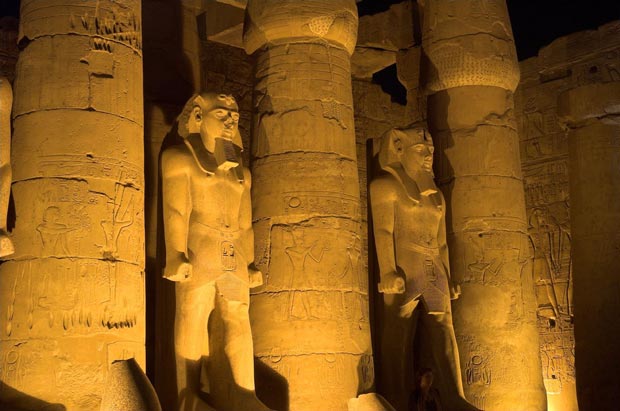 The temple of Luxor id truly one of most famous temples in Egypt. Also, it is located on the eastern bank of the Nile River in the ancient city of Thebes. It was built in 1400 BC during the new kingdom. The temple was dedicated to the three gods of Egypt, namely Amun, Mut, and Khonsu. It has also been the centerpiece of the big Opet Festival. It was the largest celebration held in Thebes. During the annual celebrations, statues of the Great Gods were accompanied from the Temple of Amun in Karnak to the Luxor Temple along the Avenue of Sphinxes. 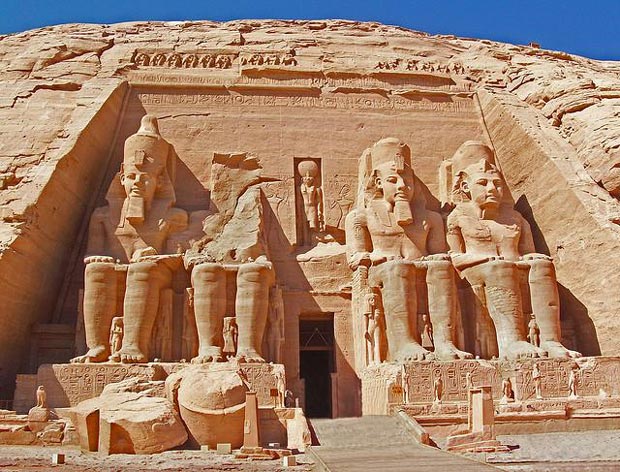 The twin temples of Abu Simbel were built from the mountain rock during the reign of Pharaoh Ramesses the Great in the thirteenth century BC. It was built as a memorial to the king and queen. In 1960, the Egyptian government was forced to relocate the temple because of construction works. Because the temple could have been submerged if it had not been moved. Although it was a bit time consuming and tedious, the entire procedure went as planned. Still, the Abu Simbel Temple is a well known tourist destination among all of temples in Egypt.

Karnak near North of Luxor 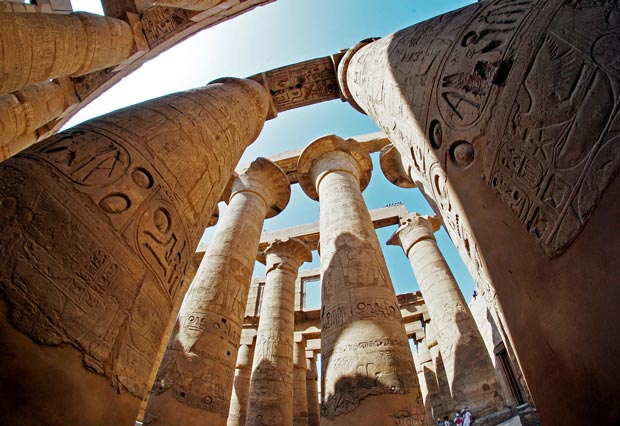 Although this construction is badly damaged, it can still attract many tourists. This building is one of the largest ancient temples in Egypt and even in the world. This house of worship represents the achievement of many generations of Egyptian builders. The Karnak Temple actually contains the three main temples of Egypt, the smaller temples enclosed on land, and several exterior temples located 2.5 km north of Luxor. Most of the work done on this temple was by the pharaohs of the new kingdom (1570-1100 BC). one of the most famous buildings in Karnak is a columnar hall that has 134 large columns in 16 rows.

A Guide on Egypt Ancient Temples

In general, this city has many Egypt Ancient Temples tombs and has an ancient and charming atmosphere, and of course, you can visit the famous Valley of the Kings and Queens with the local one-day tours. The best travel season to Egypt goes back to the months of March to April, so that people try to put these months in their priority line.

On the other hand, many people believe that the months of October to November also have their own special conditions. Note that these two short periods of time have right conditions, the weather is relatively mild. recently, the number of tourists visiting specifically temples in Egypt have decreased and affordable hotels are available throughout the city. Just make sure to be wary of your surroundings and optimally hire a trusted local guide.