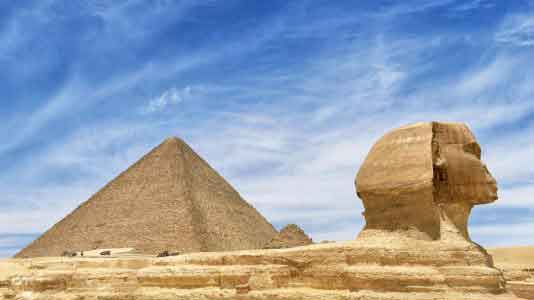 Best Icons in The World

If you planning to visit some of the most beautiful places in the world on your next trip, then these 10 most famous icons in the world would definitely fit the description. While their names are familiar to you, it won’t be until you’re actually standing in front of one of them that you’ll be able to truly appreciate their massive sizes. The scale of these world famous landmarks just has to be seen to be believed and appreciated. 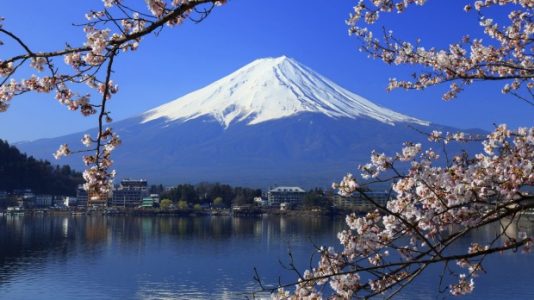 If you want to come back from a vacation, have something absolutely crazy to brag about, then you need to go to Japan. For that, you should travel to Mount Fuji in Japan which is one of the most famous icons in the world. Also, it’s not too often you get the chance to say you’ve climbed a country’s highest peak and telling your friends you reached the summit of Mount Fuji will surely leave them stunned. 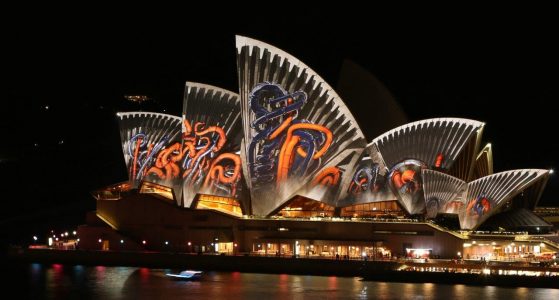 Sydney Opera House is an architectural marvel and one of most beautiful places in the world. This Opera House is like a massive spaceship folding back its shields. On the inside, it’s a multicultural combination of opera music as well as world class theatrical performances and live concerts.

3. The Colosseum in Italy 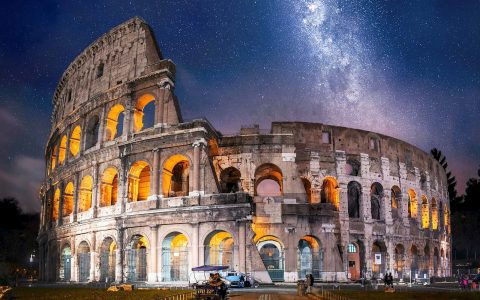 In the Colosseum in Rome, you’ll most likely be shocked by the size of the amphitheater. The Romans really did take their games seriously. This amphitheater is also one of the most famous icons in the world. Moreover, this architecture is massive enough to have an audience of about 80 thousands. It is almost same as todays modern Olympic stadiums. 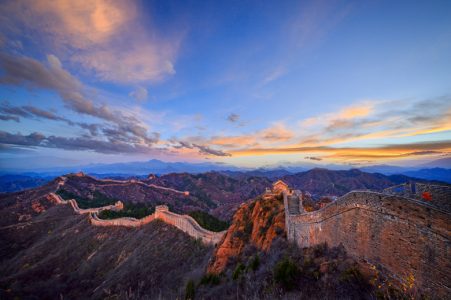 Great Wall of China is one of most recognizable icons in the world. This is a wall which is completely magnificent in all aspects until you actually see it so it. It also includes some mountain top which are some of the most beautiful places in the world. When you stand on the it you won’t be thinking about why it was built in the first place because you’ll just be too busy appreciating at its greatness.

5. The Statue of Liberty in USA 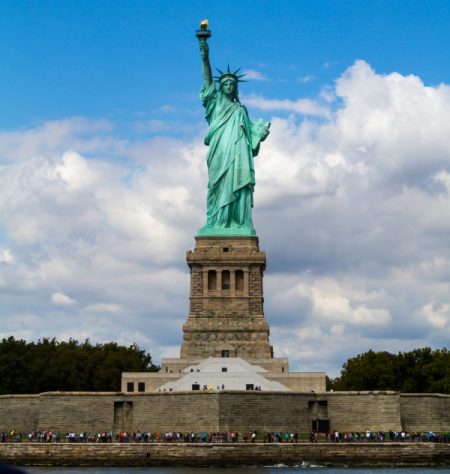 6. Christ The Redeemer in Brazil 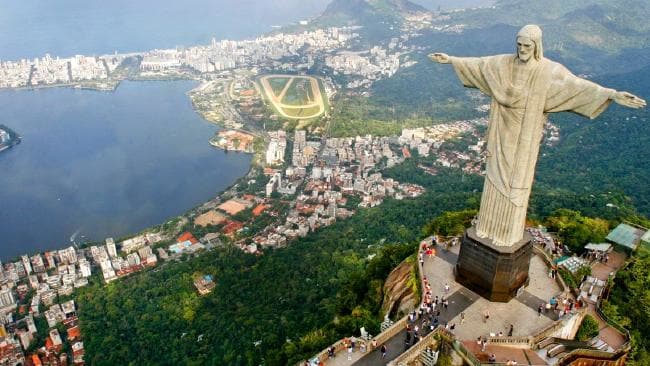 Even if you’re not really a religious person, visiting the statue of Christ The Redeemer in Rio de Janeiro should be on your list. This giant structure is an combination of artistic creativity as well as good engineering. From on top of Mount Corcovado, the massive 38-meter tall statue with stretched arms looks over the city below. However, you need to go closer to realize just how enormous the statue is. It is that unbelievable. 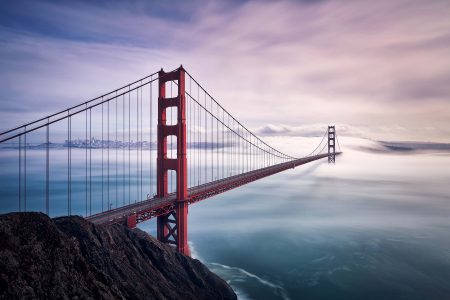 Take a walk onto the Golden Gate Bridge in San Francisco and you’ll feel the sheer magnitude of this metal structure, as if floating over the waters of the Golden Gate strait. In fact, it is truly difficult to fully comprehend its size until you’re over the bridge. The surrounding area near this bridge are some of the most beautiful places in the world.

8. The Pyramids of Giza in Egypt 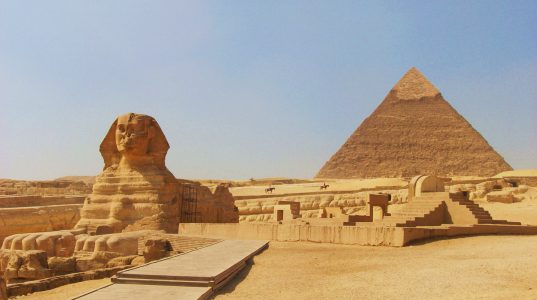 Probably one of the most famous icons in the world, The Pyramids of Giza in Egypt are truly bewildering. Tourists can enjoy camel rides and desert safari around the site. However the sight of the pyramids are mostly more visible if you are traveling close to them by local tours. 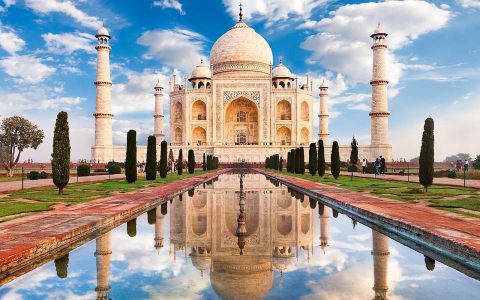 Taj Mahal in India is one of the most beautiful places to visit in the world for all adventure travelers. This famous building is a dedication to love and will always be on the list of famous landmarks. There’s just something unique about buildings built for love. Also, Shah Jahan really paid attention to details during the completion of Taj Mahal as it’s obvious by analyzing the structure. If you want to know further information about this place, check out incredible facts about Taj Mahal. This information explores all you need to know about Taj mahal and its back history. 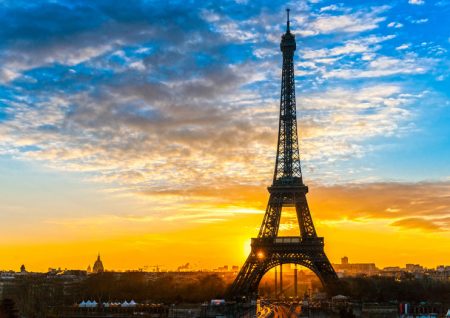 Eiffel Tower in Paris is one of most famous icons in the world. This structure of metal girders for many resembles love and many marriage proposals take place under or around it. It is best to visit Eiffel Tower and its surrounding park on sunny days to rest and have some nice pictures.

Most Beautiful Places in the World

After introducing icons in the world, let take a look at beautiful spots around the globe. There are many incredible and beautiful places in the world, most of which we may not have seen or even heard about. 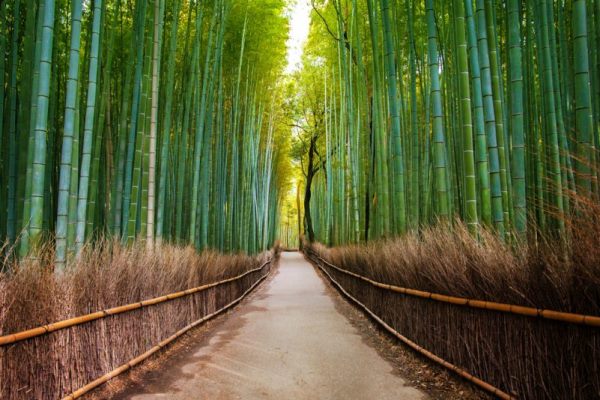 Sagano bamboo forest , as one of the most recognizable icons in the world, is located in an area called “Arashiyama” in the northwest of Kyoto region in Japan. The area of ​​this forest is about 16 square kilometers and it is considered one of the most beautiful natural forests in Japan. The beauty of the bamboo forest is not only due to the presence of bamboo trees in this forest, and the sound that the wind makes when blowing in this forest is very beautiful and symbolic. The combination of the sound of wind, bamboo trees, and the dance of light among these trees have made the Sagano bamboo forest more interesting. 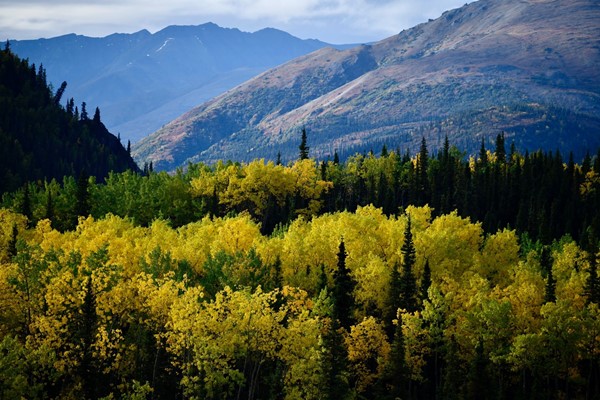 If you want to see American wolves, deer and bears, choose a trip to Alaska to see on of the most beautiful places in the world known as Denali National Park. The third largest national park in the United States is located in the state of Alaska and contains the highest peak of the American Rocky Mountains, Denali Peak. The wildlife of this protected area of ​​more than 24,000 square kilometers has made it a great destination for adventurers. The variety of vegetation and wildlife in the dense forests in the lower reaches and the icy lakes in the high mountains present unique and varied scenery in Denali Park, which makes the trip to Alaska even more memorable. 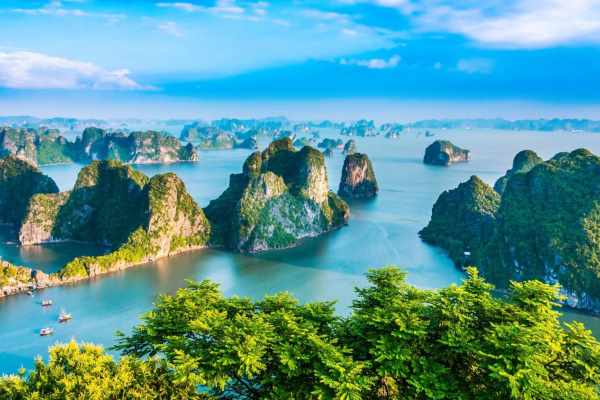 Located in northeastern Vietnam, Halong Bay (meaning Descended Dragon) is one of most famous natural icons in the world for its thousands of limestone islands and tropical evergreen ecosystems. In addition, it is one of the most beautiful places in the world, which was registered as a world heritage by UNESCO in 1994. For an adventure in the heart of the pristine and beautiful nature of this bay, board a boat and set off to see clear and emerald waters here. 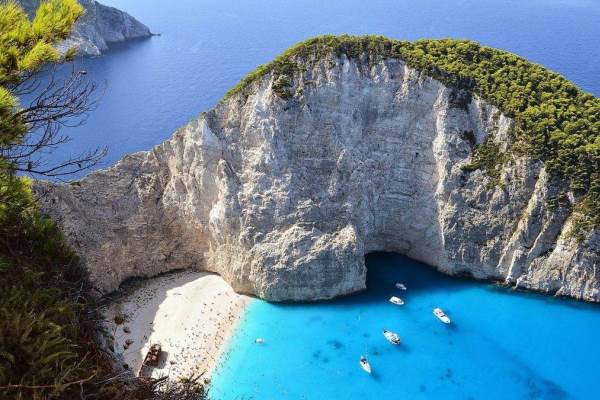 One of the most beautiful places in the world and the coasts of Europe is the pristine beach of Zakynthos Island in the Greek Sea. A beach that is surrounded by limestone cliffs and the only way to access them is by water. Navagio or Shipwreck Beach, which contains the remains of an abandoned smuggler’s ship, blue caves and sparkling waters around the island, makes it a great destination for Greeks and tourists from all over the world. 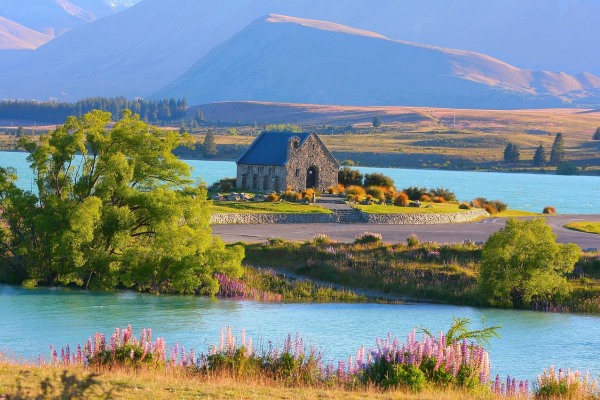 The beautiful flowers of Lupine with their purple, pink and blue colors around this beautiful lake have created an eye-catching and one of most beautiful places in the world. This lake has a picturesque sight that eager tourists who are interested in photography should not miss. These flowers, which are native to North America, have adapted well to New Zealand’s climate. In addition to the beautiful views of the day and the starry night sky of Lake Tekapo, recreation activities such as fishing, hiking, horseback riding, sailing and water skiing are also available for tourists. 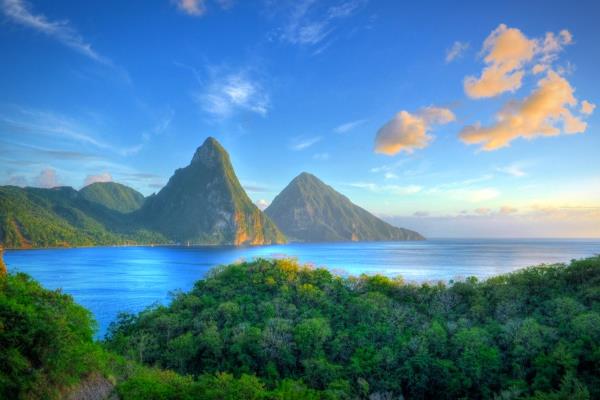 Two volcanic peaks named “Gros Piton” connected by a ridge stand out with their natural and stunning beauty in the island country of St. Lucia in the Caribbean Sea, which is located in the western Atlantic Ocean and Central America. Attractive hiking trails have been prepared for hihers to climb these icons in the World, but if you don’t want to risk it, throw a towel on the island’s beach and lie down and watch the beauty of the sea and enjoy the peace and sound of nature. 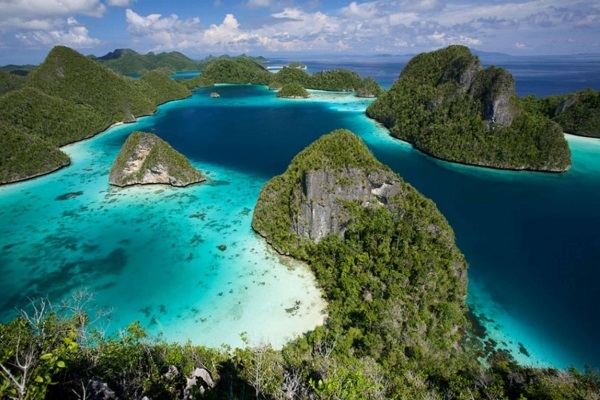 A collection of 1,500 islands in the heart of the Pacific Ocean and in the west of the Papua province in Indonesia, is one of the most beautiful places in the world. This place has caves with paintings of primitive people, beautiful coral reefs, tropical plants and rare aquatic animals, and is an excellent destination for nature tourists.